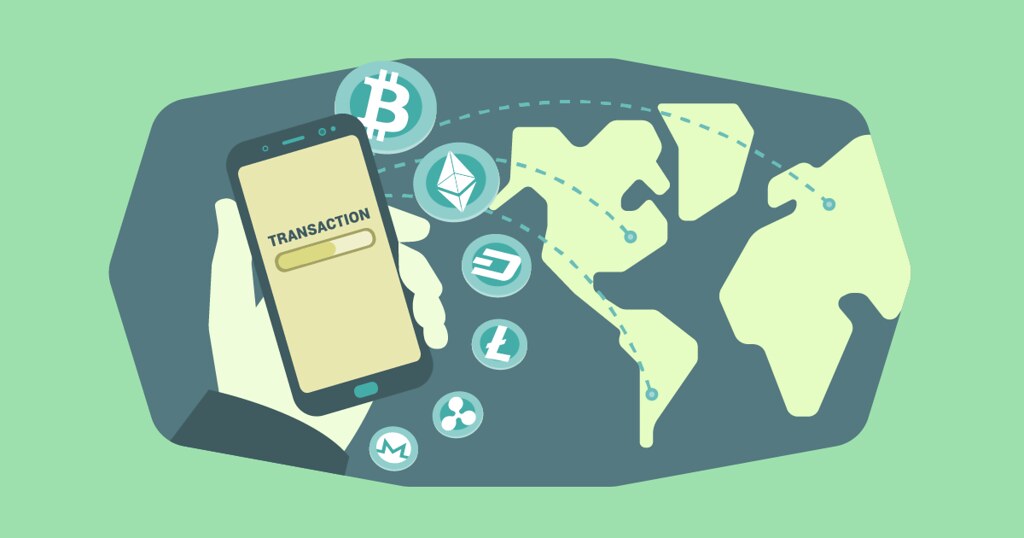 Bitcoin was launched as a payment mechanism that competes directly with bank transfers. Its main advantage was that no financial intermediaries would be needed, so payments can be settled faster and at much lower costs. In theory, Satoshi Nakamoto‘s looked like a revolutionary idea, but in practice, it was not as successful as many had hoped. Bitcoin transactions are slow and sometimes expensive, and the system is not designed to handle more than a few per second.

This guide will explain all you need o know about Bitcoin transaction speed and fees. By the end, you will understand why many users have opted to use Bitcoin Cash or Litecoin for their payments instead of the world’s first cryptocurrency.

What Constitutes a Transaction?

Bitcoin is an entirely digital currency that exists solely within its own Blockchain. Like fiat currencies, this currency is not pegged to any commodity, but unlike traditional currencies, it is not managed nor controlled by any central authority. When you own Bitcoin, what you really own is information and two keys that allow you to use this information for your benefit.

One of these two keys is your public key, which, as its name suggests, is visible to anyone and shows how many digital coins are stored within it. Your own personal details, such as your name, are not present within this information, because they are not stored in the Blockchain. This helps keep Bitcoin relatively anonymous.

Your public key is used similarly to a bank account’s routing number, making it possible for others to send you Bitcoin. On the other hand, your private key must be secured and not shared with anyone. Your private key is used to access your Bitcoin, allowing you to transfer it or use it.

A Bitcoin transaction is simply the transfer of information from one public key to another. These transactions are public and need to be so since they must be verified and authorized by machines connected to the Blockchain.

How Does it Work?

The best way to understand how a Bitcoin transaction works is to use a simple example, such as sending 1 BTC to a friend. First, you would use your private key to inform the Blockchain of your transaction. The message you send is made up of three important parts:

This information is passed on to the machines responsible for keeping the Blockchain updated, known as miners. The mining process is complex but put simply it involves machines solving mathematical algorithms which result in the updating of the Bitcoin ledger (Blockchain).

With the above example, this means that miners will verify that you really have 1 BTC to send and that your friend’s address really exists. Once the transaction has been completed, public information will show that you are now 1 BTC poorer, whereas your friend is 1 BTC richer.

Contrary to popular belief, Bitcoin transactions are not instant. It can take minutes or even hours or days for a transaction to take place. Transactions depend on the Blockchain, which in turn depends on miners. In order to have a more efficient system, multiple transactions are grouped together into blocks. The average time to mine one block, according to the Bitcoin protocol, is ten minutes.

The reality is that Bitcoin’s popularity has increased spectacularly following its surge in value in 2017. As a result, it is common to have a backlog of transactions, slowing the average speed significantly. Since Bitcoin’s block sizes are limited, transactions that don’t make it into the current block are queued up in what is called the Bitcoin Mempool.

How Long Does it Take to Confirm a Transaction?

As a general rule, a Bitcoin transaction needs six confirmations before it is processed. With each confirmation taking an average of 10 minutes, this means that it actually takes an average of an hour for every transaction. Although longer than card payments, one hour is still much faster than the average bank transfer which can take one or more days to be completed.

With Bitcoin’s popularity surge, the actual time of most confirmations increased, sometimes taking 30 minutes, and, in rare cases, taking 10 hours or more. To try and solve the issue, some Bitcoin community members went ahead with hard forks whilst others suggested improvements, including the Segregated Witness (SegWit) and Lightning Network.

How do I check the Status of My Transaction

Since Bitcoin transactions are public, you can monitor the entire process of your transactions directly, using a Bitcoin Explorer. With most explorers, all you need to do is enter the receiving address of the transaction and you should be able to locate it easily. The most important piece of information to check is whether there are already any confirmations. If you see statuses such as “unconfirmed” or “not confirmed”, this means that your transaction has not yet been added to the Blockchain.

A Breakdown of Transaction Fees

Mining is an integral part of any Bitcoin transaction and is carried out by anyone who is connected to the Blockchain and possesses sufficient computational power. Miners are not volunteers, and understandably, expect to be paid. Mining equipment is expensive, as is the electricity needed to keep the system updated. As a result, most Bitcoin transactions require you to pay fees, only it is you that determines these fees.

Bitcoin miners use the Proof-of-Work (PoW) consensus mechanism which is, unfortunately, highly inefficient. This means that they are always looking for transactions with higher fees. As a result, transactions with little or no associated fees end up at the bottom of the queue. Although they are still eventually processed, it could take days for this to happen.

Bitcoin transaction fees are normally listed as Satoshis/byte, where 1 Satoshi = 0.000000001 BTC. Every Bitcoin transaction is generally 200 bytes or over. If you would like your transaction to be processed immediately, you would need to pay around 200 Satoshi per byte, but if you are willing to wait for the next two or three blocks, the cost could be much lower.

Although, in theory, you can determine the estimated cost for your transaction to be added to the immediate or subsequent blocks, Bitcoin’s high volatility adds an unpredictable dimension when calculating fees.

When Bitcoin’s price rises significantly, it can become quite expensive to process transactions. Although the amount of Satoshi doesn’t necessarily change, the equivalent value in USD or EUR does. At points in time in the past processing, a 0.01 BTC transaction could cost up to $4 in fees. It is quite possible that if the current trends upwards such a situation will repeat itself.

Bitcoin was created as a solution to a real problem. Financial intermediaries make transferring funds a slow and expensive process, and Blockchain technology certainly has the potential to change this. Although Bitcoin was the currency that started the revolution, it is questionable whether it will be the one that completes it. The cryptocurrency suffers a significant flaw that goes beyond transaction speeds or fees; it is almost impossible for its community to agree on ways to improve it, stagnating any possibility of change.