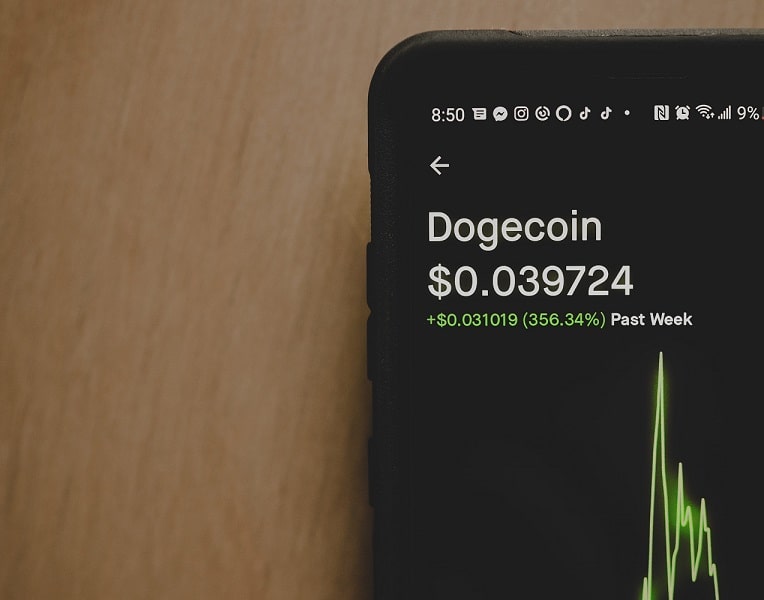 2021 has greatly been touted as the year of meme investments. Memes took over the financial trading industry towards the first quarter of the year – from the stock market to bonds trading. The crypto market wasn’t left behind either – Dogecoin emerged as the winner of this trend. But contrary to what has been said, it is not a joke coin. In this guide, we go through why should you invest in Dogecoin!

What is Dogecoin (DOGE)?

Dogecoin is an open-source cryptocurrency based on the Litecoin framework and was officially launched in December 2013 by Billy Markus and Jackson Palmer. Originally, they designed DOGE as a “fun cryptocurrency” since the world has started taking cryptos a little too seriously. Although it started as a joke, Dogecoin has one of the biggest crypto communities. This is thanks to a series of high-profile endorsements and the bullish crypto market of 2020, which drew thousands of retail crypto enthusiasts to invest in Dogecoin both in the short and long term.

As of this publication, Dogecoin is ranked the 7th crypto on CoinMarketCap with a market capitalisation of about $35.203 billion. To put this in perspective, it has outranked well-established cryptos such as Stellar (XLM), Bitcoin Cash (BCH), Dash, Litecoin (LTC), and Monero (XMR).

The popularity of Dogecoin can further be demonstrated by its 24-hour trading volume of approximately $11.9 billion. This ranks DOGE as the fourth-most traded crypto, just behind Tether (USDT) $12.05 billion, Bitcoin (BTC) $56.43 billion, and Ethereum (ETH) $36.01 billion.

The increase in the demand to invest in Dogecoin is why DOGE has appreciated more than 11,300% over the past year.

Can Dogecoin be Mined?

Dogecoin is based on the Proof-of-Work consensus mechanism and uses a Scrypt mining algorithm. This makes it relatively easy to mine than other PoW cryptos like BTC, which use the SHA-256 algorithm that is difficult and slower to mine. The reward for mining a single block of Dogecoin is 10,000 DOGE.

Originally, the maximum supply of Dogecoin was capped at 100 billion but was later changed to infinite. As of April 2021, there are 129.32 billion Dogecoins in circulation, ranking third in terms of circulating supply behind BitTorrent (BT) 659.9 billion and Holo (HOT) 169.14 billion.

Note that Dogecoin uses the same algorithm as Litecoin, but it has some modifications which allow it to be mined 2.5 times faster. One block of Dogecoin takes one minute to be created. This also means that transactions with DOGE are confirmed faster than several other cryptos – roughly six minutes. With BTC, for example, transaction confirmation can take up to one hour, while LTC transactions take up to 15 minutes.

Although mining DOGE is relatively easy, the mining complexity is recalculated after every 240 blocks have been mined. That means updates are done every four hours, and with each update, DOGE is made less vulnerable to miners’ raids. Thus, if the prevailing dogecoin exchange rate becomes highly volatile, it will become stable after four hours.

Typically, those who invest in dogecoin mining prefer mining in pools that support both DOGE and LTC mining. This is partly because Dogecoin’s hash network and its complexity have risen, making mining less lucrative.

Where can Dogecoin be used?

DOGE gained a massive online community due to its ease of mining which meant that transactions are confirmed faster. Originally, DOGE was used for tipping users on online platforms such as Twitter and Reddit. The developers deliberately wanted to make Dogecoin unattractive to anyone who would want to invest in Dogecoin by keeping its value perpetually low through the mining algorithm.

However, as we mentioned earlier, DOGE has evolved since then and is currently traded, HODLed, and used in the transaction just like every other mainstream crypto. In almost every metric, Dogecoin is ranked among the top ten cryptos, especially in market capitalisation and daily traded volume.

Will Dogecoin Increase in Value?

If the current trend persists, then certainly yes!

If you chose to invest in Dogecoin during the crypto bull market of 2020, you would have earned over 130%. It closed the year at $0.00473, having touched lows of $0.0024 in November. However, DOGE was thrown into the limelight in the first quarter of 2021 thanks to the high-profile endorsements by Elon Musk and Mark Cuban’s Dallas Mavericks basketball team.

In comparison to the top three cryptos, dogecoin worth did not surge drastically in 2020. BTC gained over 671%, ETH over 980%, and BNB about 550%. However, in 2021, DOGE has gained a tremendous surge in credibility.

To understand Dogecoin value over time, or if it’s worth it to invest in Dogecoin, let’s quickly review exactly how cryptos derive their value. In a nutshell, it’s all based on demand. It is only worth what others are willing to pay for it.

Unlike fiat, cryptocurrencies have the advantage of scarcity. The mining process ensures that only a few new coins are introduced into the market, limiting inflationary impact. Arguably, this scarcity property of cryptocurrencies makes them valuable. In fact, the value of cryptocurrencies entirely depends on their demand. Thus, new cryptos are added to the market at a slow pace, ensuring that the value of cryptos remains relatively stable over time. Unlike fiat currencies, governments and central banks might decide to pump trillions into the economy overnight.

This is why sentimental analysis comes in handy in evaluating whether the value of crypto will increase. There are several indexes in the market which attempt to measure the sentiment in the crypto market. Such indexes take advantage of the fear and greed among retail traders. The basic idea behind such metrics is that traders are frequently guided by the Fear of Missing Out (FOMO).

On February 4, 2021, Elon Musk made a series of tweets endorsing Dogecoin, an obscure cryptocurrency. As a result, its price surge more than 50% within minutes of his tweets.

Similarly, on March 4, 2021, Mark Cuban’s basketball team – Dallas Mavericks, announced that the team would accept DOGE as a payment method for tickets and merchandise. The move made the team’s merchandise accessible globally and increased the functionality of the DOGE, which in turn increased its demand. Consequently, DOGE appreciated about 21% in under 48 hours and over 95% between March 4 and March 8.

How to Buy Dogecoin?

We can easily say that this is the golden age of cryptocurrencies. Buying DOGE would require you to sign up for a DOGE-compatible crypto wallet, then buy the dogecoins from a crypto exchange.

So, Should you Invest in Dogecoin?

In the short term, certainly. In the long term, maybe not.

However, its longer-term performance is more likely to be driven by speculative bets and market sentiment rather than its fundamentals. The only long term downside to Dogecoin is that it has no real purpose – its functionality is, at best, nonexistent. Here’s why functionality matters.

The fundamental applications of cryptos are not farfetched. Fully decentralised organisations are at least several years away. But that doesn’t mean that cryptos should not be attempting to further such goals. The end goal of every crypto should be revolutionising at least one aspect of our daily lives. Take bitcoin, for example. Its first real-world application was to ensure the decentralisation of the monetary system. Ethereum’s goal was to develop and nurture decentralised finance and provide a platform where DAPPs could thrive. Cryptos like Monero ensured total anonymity.

The point of this aspect of fundamental analysis is that every crypto must have an inherent functionality. The potential of blockchain technology is limitless. In the recent past, we have witnessed the migration of the traditional technology infrastructure of existing big companies to a decentralised one. This means that cryptos’ functionality is shifting from being finance centred to aiding in revolutionising the world as we know it.

Arguably, cryptocurrencies that are fundamentally strong in the long run are those which have this vision. Another approach is looking into the projects aiming to improve the blockchain technology, say the projects improving and enhancing the Ethereum ecosystem, or bring innovation in the blockchain space, like Security Token Offering (STO) focused projects.

And sadly, Dogecoin doesn’t meet this criterion. So probably just stick to having it in your short-term speculative portfolio, and keep it away from your long term investments.

We hope that you find this article on ‘investing in Dogecoin’ useful and informative.