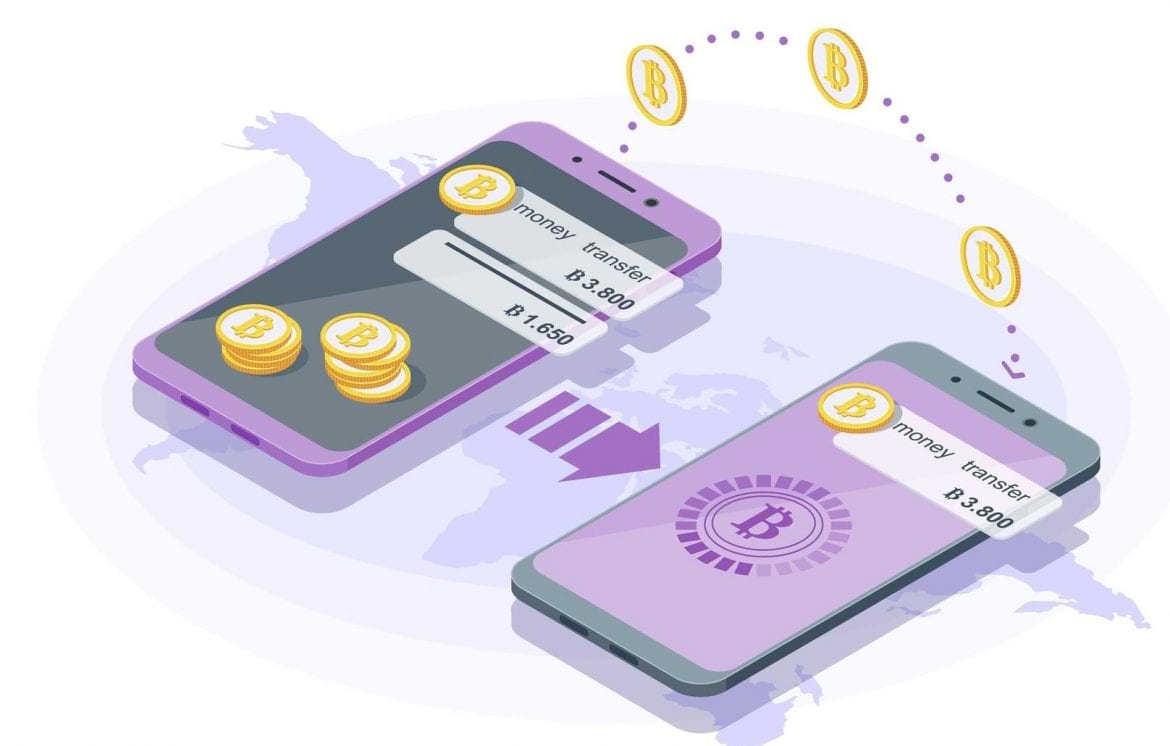 What is a Bitcoin sending process?

A Bitcoin sending process is a procedure one has to follow for making a successful Bitcoin transaction. Following the right procedure also reduces the BTC transfer time, although most exchange platforms have simple effective UI which has made the process much easier.

As we all know, Bitcoin doesn’t really exist on a physical level. In his Bitcoin Whitepaper, Satoshi Nakamoto defines it “as a chain of digital signatures. Each owner transfers bitcoin to the next by digitally signing a hash of the previous transaction and the public key of the next owner and adding these to the end of the coin. A payee can verify the signatures to verify the chain of ownership’’.

So, Bitcoins exist as a record of bitcoin transactions on a blockchain. The blockchain records all transactions between different bitcoin addresses and is updated through the Bitcoin Network. The transaction record is then shared with each node on the network as balance.

A Bitcoin transaction is made up of three crucial parts.

A bitcoin address is a random sequence of letters and numbers that functions the same as your social media username or email address. You can share your public address to receive and send BTC, however private keys which are like passwords should be kept secret and not be shared.

In the transaction above, for John to send Grace some BTC, he uses his private key to sign a message with specific transaction details. Before sending the signed message to the blockchain it should contain an input, the amount to be sent, and finally the output which will be Grace’s bitcoin address.

The transaction will then be broadcasted to the Bitcoin network where miners confirm that John’s keys can access the address from where they previously received the BTC. This verification procedure is famously known as mining because it requires resource-intensive computational labor. Miners are then rewarded in Bitcoin for each block solved creating new Bitcoins in the process.

How long does a Bitcoin transaction take? Following the Bitcoin protocol, each block should take approximately ten minutes and is limited to 1MB size. On top of this, all transactions are verified by miners who confirm blocks that are a collection of transactions and not individual transactions. If your transaction is left out, it will be kept on hold until the next one is assembled.

These issues have a direct impact on transaction confirmation but Satoshi claims that “Although it would be possible to handle coins individually, it would be unwieldy to make a separate transaction for every cent in a transfer. To allow value to be split and combined, transactions contain multiple inputs and outputs. ” This means the transactions will still take long until they find a viable solution.

How to confirm a successful transaction

Grace is fidgeting on her laptop wondering, like how long does bitcoin take to send? Is John fooling around? To avoid all this John has to confirm if the transaction was successful or it failed. To verify the transaction, John should visit the Blockchain explorer or the block cipher and paste his transaction ID into the search box.

This shows how many confirmations your specific transaction has and if it shows “no transaction found”, the transaction never left John’s wallet and the service provider must be contacted at this point. There are key elements that should be followed to confirm your transaction and if not met you should contact your service provider.

What affects the transfer time and how to speed up the process?

Receiving and sending Bitcoin within the same platform is usually instant like the Coinbase Bitcoin transfer time is in seconds. But when transacting to an external wallet, the BTC transfer time is affected. For Paxful, it takes two confirmations for the funds to arrive when receiving and it takes up to six confirmations for the funds to arrive when sending. Here are more factors that affect Bitcoin confirmation time.

The type of blockchain processor service provider that John uses will impact the Bitcoin confirmation time. Providers like BitGo are used by big platforms and are more secure and successful compared to other providers. A good provider will increase BTC transfer time, improving the “how long does bitcoin take to send” query to a few minutes.

If John and Grace share the same provider or platform like BitGo, then sending from his wallet to Grace’s will be instant. But transactions between different wallets will make you wonder, how long does bitcoin take to send really? So for increased transfer time, it is recommended that John and Grace use the same wallet.

Miner fees are like tips for miners, to increase their speed and also give your transaction top priority. John doesn’t have direct access to miners so this is what he will do. He will ensure that the transaction has exceeded the amount he wishes to send, this extra “change” is included as a fee that goes directly to the miner. So how long does bitcoin take to send? Well, it depends on a tip.

How to send bitcoin – step by step

How to receive bitcoin – step by step

What to note before sending Bitcoin

If you feel the question “how long does bitcoin take to send?” does not entirely cover all that entails sending Bitcoin, well you are probably right. As seen in this piece, many factors go into determining the duration it takes for you to send bitcoin. Here are a few more things you should note before sending bitcoin.

The quality and policies of your platform’s blockchain service provider have direct control over the number of transactions you can make in a single day. While only a few platforms have this regulation, most have no limit for selling your Bitcoin or buying more Bitcoins. Platforms like Coinbase and Paxful follow the daily limit policy and can be avoided in favour of other platforms.

Different platforms have different transaction fees for each cryptocurrency. An exchange platform like BlockFi does not have transaction fees while depositing but will require some fee when withdrawing, this is due to its limited cryptocurrency portfolio. For the Binance platform, each crypto has its own fees depending on account type and the volume of daily BNB trades.