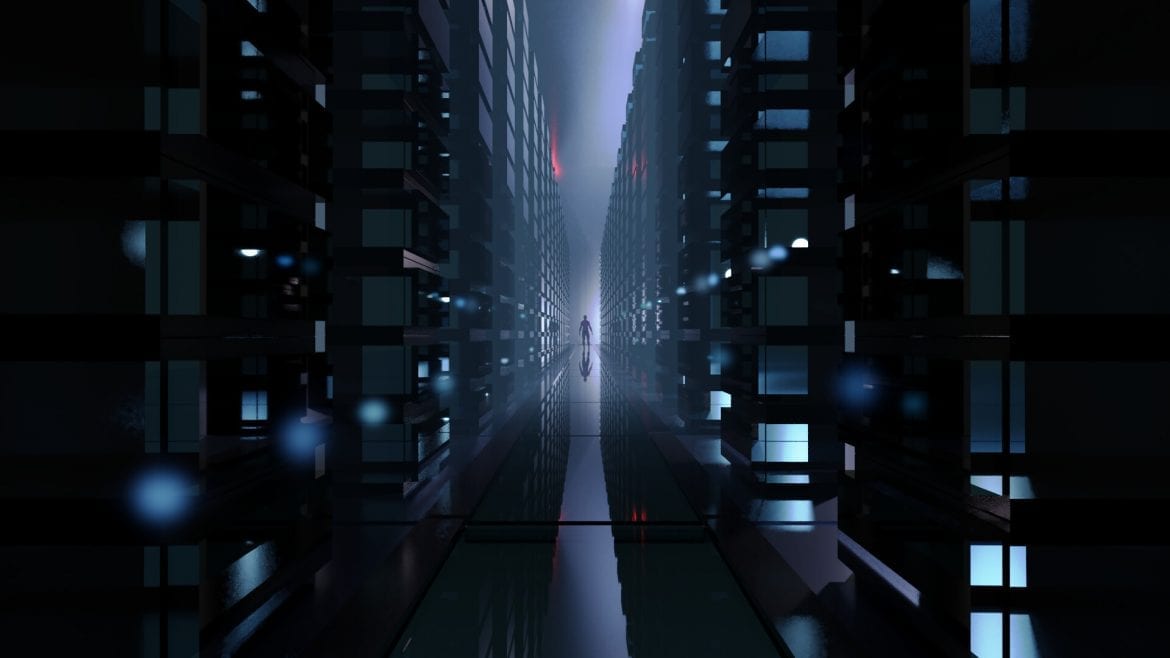 Mining Bitcoin is one of the primary ways to get hold of the most popular cryptocurrency right now. The process is certainly enticing, as you are creating Bitcoins out of thin air, but the process is challenging, and the competition, fierce.

When Bitcoin first appeared in 2009 users could mine it using a home computer or laptop. As time progressed Bitcoin halving took place, so dedicated rigs started replacing basic computers. You could even build your own Bitcoin mining rig, and at the time, it would have probably made you a tidy profit.

Today, however, it takes a substantial investment in dedicated equipment if you plan to mine Bitcoin in the hope of getting a return. Part of the reason for this is the time taken to mine Bitcoin.

If Bitcoin mining is not your thing you can always revert to trading. At first, it might look complicated or risky, however, it’s worth remembering that to kick-off a successful mining operation you’d be looking at investment anywhere between $2,000 and $80,000. That capital can either be invested in a mining rig or you can consider a long-term investment in crypto and other assets. If you haven’t yet considered trading, we’d recommend you to visit the following top-rated trading platform.

Bitcoin mining is a critical cog in the cryptocurrency machine since it is the process which validates transactions and secures the Blockchain from unlawful interference. Mining gives legitimacy to Satoshi Nakamoto’s vision, enabling a decentralised and democratic system to manage Bitcoin and other cryptocurrencies.

Mining a Bitcoin block adds a new block to the Blockchain. As a reward for creating and validating this block, the miner gets a Bitcoin reward. Mining a new block involves solving complex mathematical equations, a hash, and being the first to solve them correctly. Accomplishing this today requires substantial computing power, which is why a home computer just won’t do.

Mining Bitcoin is a finite process, with a cap of 21 million Bitcoins set by Bitcoin’s creator. This is not to say that mining will stop anytime soon. In fact, it is estimated that new coins will be created until the year 2140, with a halving taking place every 210,000 blocks.

Nowadays, one Bitcoin is mined every 20 minutes, and the rigs involved in creating a new block split the reward amongst themselves. Currently, this reward is currently set at 6.25 Bitcoin.

The speed of mining depends very much on the equipment you are using. If you opted to try and use your home computer to mine Bitcoin today, it would take you years to get close to creating a block, and even then, you might be beaten by more powerful ASIC chip equipment. In addition, your power consumption over this long period of time will quickly outweigh and revenue you might generate. As a solution, you should consider joining a Bitcoin mining pool.

Why Join a Pool?

Joining a pool allows you to utilise your equipment and collaborate, instead of competing, with other miners. The pool works collectively towards creating new blocks, and normally require that you contribute a minimum of 4% of the overall processing power to join in. By joining Bitcoin mining pools, the probability that you will earn smaller, but more frequent returns is much higher, than if you were to go at it alone.

Mining pools allow members to compete with larger private mining organisations, increasing their cumulative hash rate and ensuring that it is sufficiently high to mine blocks regularly.

Calculating the time to Mine 1 Bitcoin

Determining the exact time it takes to successfully mine 1 Bitcoin is very difficult since this value depends on the computing power of the equipment and the amount of competition at any single moment. On average, the time it takes for all the miner’s computational power in the world to obtain 1 BTC is 20 minutes, a figure which comes as a result of increasingly powerful machines as well as an increase in the number of mining pools.

However, it’s highly unlikely one has excess to a fraction of that computational power, so to provide you with estimates we’ve taken the following scenarios.

The time it takes to mine 1 Bitcoin varies on

Calculating the Cost of Mining 1 Bitcoin

Varying electricity costs can make a massive difference in the ultimate cost of creating Bitcoin. For example, mining the cryptocurrency in Venezuela would cost you just 2% of the cost of mining it in South Korea. Mining in the US is still cheaper than South Korea, although it would normally cost you around 10 times more when compared to Venezuela. For a period of time, massive mining farms settled in China due to the very low and abundant energy, however, government crackdowns have led to these farms moving elsewhere.

If you are planning to mine Bitcoin to turn a profit, you are essentially planning a business. This means that when considering costs, you must take into account depreciation, or in simpler terms, the lifetime of your hardware. Your mining rigs will most probably run at full capacity, or almost, for long periods of time. This results in breakdowns due to wear and tear, which will affect your bottom line. You must also consider at which point a particular piece of hardware is likely to become obsolete.

When purchasing Bitcoin mining hardware you are normally presented with a warranty, however, don’t expect claims to go smoothly. It might make more financial sense to invest in cheaper equipment which you can easily replace instead of repair, rather than having expensive equipment break down and needing frequent repairs.

Naturally, you should try and invest in equipment with a high ratio, as this will increase the probability of making a profit. However, the higher a rig’s Price-Performance ratio, the more expensive it usually is. It might be the case that the top of the line machine is less efficient or works out to be more expensive than the second or third-best option.

Rigs capable of efficiently mining Bitcoin are not cheap and will represent a substantial financial investment from any miner. As an alternative to this expensive method of mining, Cloud Mining is gaining popularity.

Several organisations today offer miners the opportunity to pay a monthly membership fee and in exchange receive a percentage of the income generated by the collective cloud. Sites like Genesis Mining and HashFlare offer high hash rates, which are steadily running on a high-speed connection.

If you are calculating and comparing profitability between Cloud Mining and Hardware Mining, it is recommended that you consider costs and revenue over an extended period of time, such as 10 or 15 months. Shorter timeframes might not show any profitability and are not an ideal way to compare the two mining options.

Cloud Mining is certainly not a perfect alternative to traditional Bitcoin mining, especially due to issues arising from the subscription and dissemination of rewards. In fact, this method is not as profitable as Hardware mining, however, it also involves much less risk, allowing you to stop or switch cryptocurrencies without having to make up for investment in hardware.

How to Select a Good Mining Pool

Choosing the best mining pool for you can be quite challenging since most pools that have existed for some time offer the same benefits and relatively similar fee structures. Before selecting a mining pool, you should consider all the following criteria:

Very often, the best pools are very transparent in their processes, and how they calculate their members’ rewards. Using reputable Bitcoin mining pools also ensures that your rig’s computing power is not wasted or dedicated to superfluous activities.

The main benefit of a mining pool is its hashing power, so you should look for pools which feature higher hash rates. In this situation, bigger is normally better, since larger pools tend to discover blocks more regularly than smaller ones. However, there is a trade-off between the hash rate and membership fee, since the largest mining pools tend to charge the highest fees.

In order to maintain a lead in hashing power, some of the larger mining pools require miners to contribute a higher minimum hash rate than small pools might. Therefore, it is worth considering the minimum investment required just to join a larger mining pool instead of a smaller one.

Fees are an important factor when considering which pool to join since fees which are too high can make your entire mining operation worthless. Fees are normally deducted from earnings at an average rate of 1.5%, however, this varies considerably between mining pools. You might find alternative fee structures, such as monthly subscriptions or donations, although these are normally associated with smaller pools.

Joining a mining pool for the first time can be challenging, so pools dedicated to beginners offer support services and educational resources. These services might come at higher fees, but also provide a guide through the various settings and setups required.

Mining pools targetting more experienced miners, meanwhile, tend to offer tools which help increase profitability and efficiency. For example, a larger Bitcoin mining pool might dedicate some resources towards mining Altcoins as it becomes significantly profitable to do so, even if in the short term.

Choosing your hardware: ASICs vs GPUs

Deciding whether to invest in ASIC or GPU mining hardware is very much dependent on your budget and what you hope to achieve. Today, ASICs are commonly used to mine Bitcoin, however, they are significantly expensive and oftentimes out of stock. GPUs are cheaper and more available but are considerably less powerful and efficient.

A Guide To Cryptocurrency Arbitrage Trading

Back in the day, the only cryptocurrency and exchange/wallet known to the public was Bitcoin and Coinbase, respectively. The features and popularity of Bitcoin led to the introduction of many other coins and crypto exchanges. Unlike traditional centralized exchanges (ex: NYSE), crypto exchanges have their own price of tradable cryptos. In simple words, for a […]