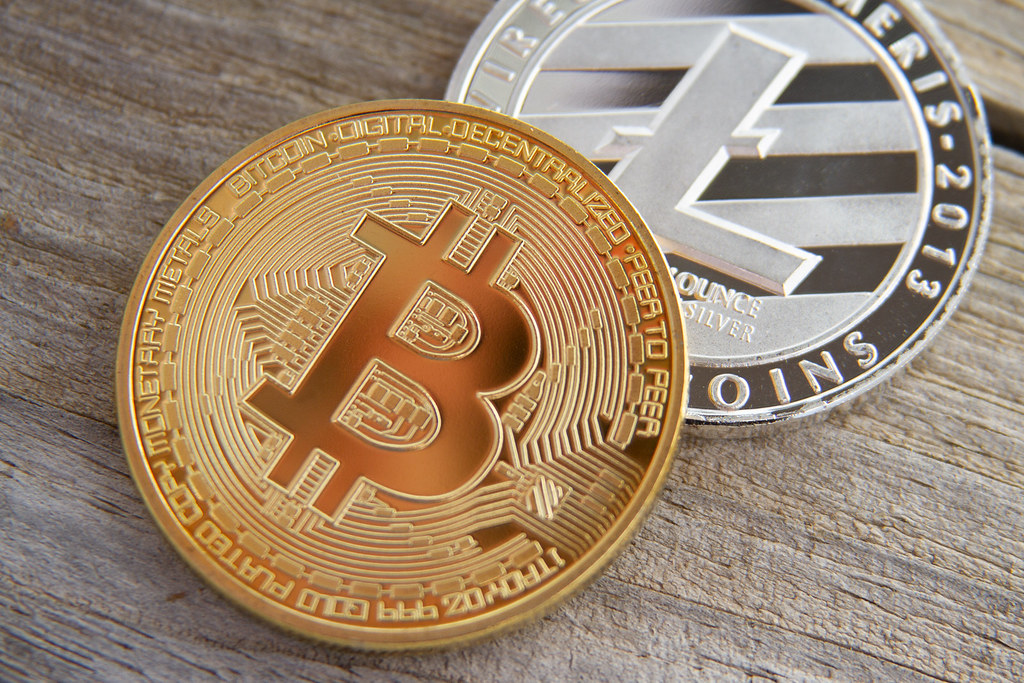 Bitcoin is, without a doubt, the most popular cryptocurrency in the world. Its creator, Satoshi Nakamoto, brought about the advent of decentralised technology, not only by introducing the first token but also by providing the open-source code it is built on. As a result of his vision, numerous projects have arisen through the original Bitcoin code.

One of these projects resulted in the launch of Litecoin, a cryptocurrency launched in 2011. Building on Bitcoin’s success while developing its weak areas allowed this new token to grow exponentially. Today it ranks in sixth place, yet it continues to be a threat to Bitcoin’s dominance.

Bitcoin vs Litecoin: An Overview

Towards the end of 2017, Bitcoin’s price surge boosted cryptocurrency awareness around the world. Many investors were looking for the next currency which could explode, and many decided to back Litecoin. These two cryptocurrencies have a lot in common, such as these decentralised nature and mining capabilities, but they also have significant differences. According to Litecoin’s own development team, their goal is to become the silver to Bitcoin’s gold.

One of Bitcoin’s core functions is to facilitate point to point payments faster and cheaper than traditional methods. Furthermore, the Blockchain in which Bitcoin exists eliminates the need for any financial intermediaries, such as banks. However, the way Bitcoin was coded means that transactions take, on average, 10 minutes, and can be even slower when there are large volumes do deal with.

This significant delay caused concerned developers to look for solutions. Within Bitcoin itself, members of the community decided to create a hard fork which resulted in Bitcoin Cash. Others, such as the developers of Litecoin, decided to build a better system from the ground up. As a result, Litecoin’s transaction time is almost five times faster, taking roughly 2.5 minutes.

When you buy goods or services with Bitcoin, the merchant should wait for confirmation before approving the sale. Doing this, however, is slow, especially if you are purchasing an online service or playing at a casino. Some merchants decide to proceed with zero-confirmation transactions, but these are risky. Litecoin, on the other hand, can greatly reduce this waiting time whilst still providing the merchant with a confirmed transaction.

While both Bitcoin and Litecoin have a deflationary (finite) supply of coins, this varies significantly between the two. Bitcoin’s supply is capped at 21 million, whereas Litecoin’s is capped at 84 million.

Although it might seem that Litecoin will eventually become more mainstream than Bitcoin due to the sheer higher number of coins, both cryptocurrencies can be divided into smaller amounts, like a Euro can be divided into cents. Bitcoin’s smallest fraction is 1 Satoshi, which is equivalent to one hundred-millionth (0.000000001 BTC).

Both currencies are mined, but there are differences in the block rewards depending on the coin. The actual number of coins varies over time whenever a halving event takes place. In the case of Bitcoin, this occurs every 210,000 blocks, whereas with Litecoin it’s every 840,000 blocks.

Currently, Bitcoin’s total market capitalization totals just over $166.5 billion, making it the undisputed leader of cryptocurrencies. Ethereum places second with a significantly lower market cap of $20.3 billion. Litecoin ranks in sixth place, with a market cap of almost $12.5 billion. While trading prices vary considerably on the open market, Bitcoin is currently trading at an average of $9,234 whereas Litecoin is significantly less valuable, trading at $61.82.

While both cryptocurrencies are mined, the proof of work algorithm which is used is different. Bitcoin uses the SHA-256 hashing algorithm since calculations can be processed quicker using parallel processing. This has driven demand for ASIC technology upwards, as more individuals and organisations began mining Bitcoin with this hardware. The result was that the difficulty level of these calculations got exponentially harder, leaving less powerful miners out of the process.

Mining Litecoin, on the other hand, requires more memory than processing power. The cryptocurrency uses the Scrypt algorithm which incorporates the SHA-256 algorithm within it. Its calculations are better serialised which allows less powerful machines to compete for block rewards.

The different mining algorithms used has resulted in a situation where Bitcoin mining is considered to be much more competitive than Litecoin’s. Currently, there is no ASIC technology available for Litecoin mining, however, things may soon change. For the time being, you could still build your own mining rig to mine Litecoin successfully, but you’re unlikely to do the same for Bitcoin.

Concurrently with block creation, transactions with Litecoin are far quicker than those with Bitcoin. This reality has several consequences, including:

Shopping with Bitcoin vs Litecoin

One of the ambitions of both Bitcoin and Litecoin communities is that the respective cryptocurrencies will be used to pay for goods and services, both online and in-store. As yet, due to the price volatility of either coin, this is rarely done. However, the number of businesses which support Bitcoin and/or Litecoin payments are increasing, and today includes Expedia.com, Playboy, and KFC Canada.

Paying by debit or credit card has become a convenient and mainstream method and both cryptocurrencies are available, to some extent, in plastic form. Similarly, you can even buy or withdraw Litecoin and Bitcoin using ATMs which are spread all over the world. In terms of mainstream adoption, Bitcoin is significantly further ahead than its rival, Litecoin, but both cryptocurrencies are helping to shape the future for merchants and clients.

The Blockchain technology within which Bitcoin and Litecoin exist plays a vital role in their operations. Generally, both cryptocurrencies operate in the same way, though speeds vary. In processing a transaction, the decentralised network made up of individual nodes, check that the sender of the transaction actually has the funds are being sent. A minimum of half these nodes needs to agree, according to their own ledgers, if these funds exist and if they are available. Once these nodes reach a positive consensus, the transaction takes place and is updated on the Blockchain.

Currently, Bitcoin and Litecoin rank first and sixth respectively, which means that there is a great demand for them. As a result, you can buy Bitcoin and Litecoin on hundreds of different cryptocurrency exchanges and trading platforms. Since these are decentralised coins their value is not determined by any single entity. You should, therefore, shop around, since different exchanges might offer varying prices for the same coin.

Binance is amongst the biggest and most reputable cryptocurrency exchanges which support both Bitcoin and Litecoin. Available across a variety of platforms, including Binance Jersey, you can buy, sell, and trade these cryptocurrencies with favourable fees. To store your coins, Binance offers a free, in-built wallet, however, you should move coins to a hardware wallet if you plan to store them for the long term. The platform has recently introduced card payments, so you can now fund your Binance account with fiat currency.

Both Bitcoin and Litecoin have the potential of becoming significant stores of value, similarly to gold and silver. Gold is an ideal store of value, in use for millennia, since it is considered precious and there is a finite supply of it. As a result, gold is inflation-proof, unlike fiat currencies, such as EUR and USD. While gold’s price fluctuates, price movements are minor.

Bitcoin and Litecoin share several similarities with gold, except for their price fluctuations. In fact, both currencies are notorious for experiencing rollercoaster price movements, and this limits their use for value storage.

The Bitcoin vs Litecoin debate continues and it is difficult to find a clear winner. Without Bitcoin, most users would have probably never heard of Litecoin or other Altcoins, but the first cryptocurrency also contains several limiting factors. Today these two coins, along with Ethereum, are supported by an overall majority of the crypto community. However, this is an ever-changing and dynamic environment which has the potential of transforming itself very quickly.