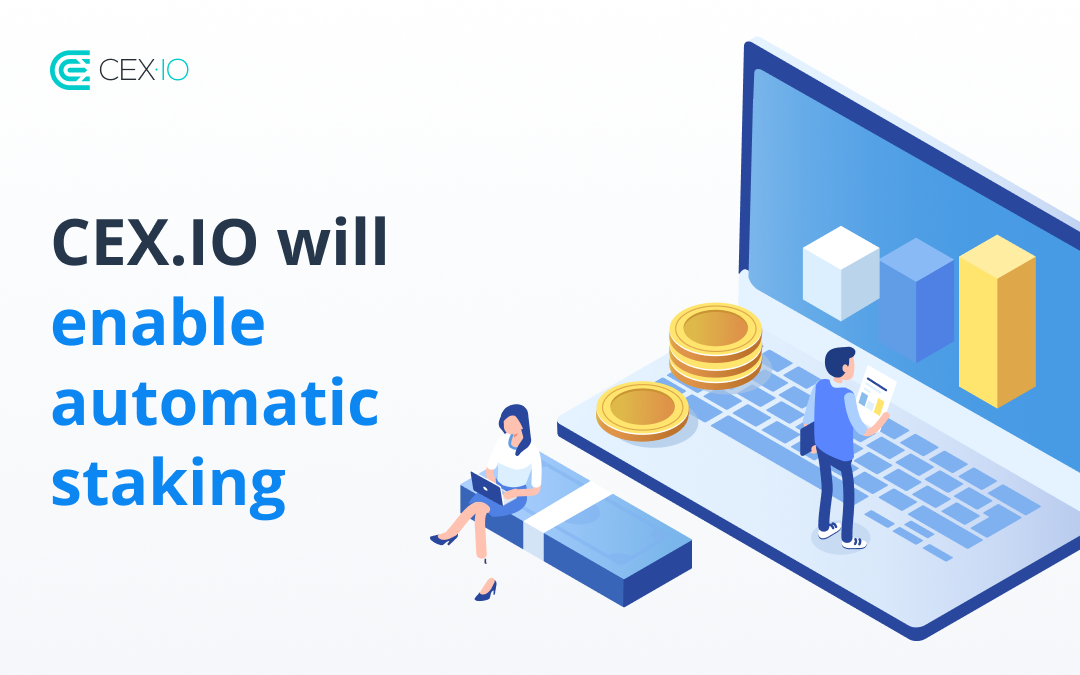 CEX.io are set to roll out a new staking feature that will help clients earn rewards and further blockchain and cryptocurrency projects automatically when holding PoS tokens.

One of the biggest buzzwords of 2019 was definitely “staking”.  The process of storing tokens and placing them at “stake” in order to help validate nodes has become the go-to model for various modern tokens in a bid to move away from typical mining techniques.

The popularity spread to exchange platforms and in the last 12 months, numerous leading outfits, such as Binance, KuCoin and Kraken, have rolled out systems by which users of their platforms can partake in easy staking and get rewarded for doing so.

CEX.io have clearly taken note of the phenomena as they have decided to throw their hat into the ring and roll out their automatic staking feature which is up and running and will allow their own users to participate in the practice.

Indeed, CEX.io had already sown the seeds to enable staking on their platform via their choice of listed tokens over the course of 2019.  Tron (TRX) and two Ontology project tokens are examples of proof-of-stake tokens that were offered for trading at CEX. This latest move though is their first independent venture into the world of staking as a platform.

This is because, before now, the staking of these tokens would take place off the exchange. This is set to change when their “vision of staking” which aims to provide a “unique and simple” form of staking comes into play. Although exactly how this vision will manifest itself remains ambiguous, the platform has detailed three principles of how staking on their platform is set to function.

The first of these is ensuring that the process of staking comes free from any technical hindrances. The main way they have ensured this is can be deciphered via the concept’s name, “automatic staking”.  This is because you will not have to do anything other than posses “stake-able” coins in order to earn rewards which will be added automatically.

This means that there is no need to deal with new interfaces, additional steps, or the need to read lengthy guides. All the while, CEX.io have promised that they will still ensure the highest degree of security which is the norm on their platform.  This is just for starters for their staking vision.

A second unique CEX.io staking feature will be the possibility to trade the coins that are staked – something that is not usually possible at most other staking providers. With the case usually being that you must lock the delegated tokens for the duration that they are staked. Instead, CEX.io will ensure that you have immediate access to these staked coins at all times. This means that if you wish to withdraw or trade staked coins, you can do so without hindrance.

In regards to this, the third feature of the CEX.io staking system is that staking rewards will be calculated for the exact time you hold any PoS token. This means that even if you do choose to move the tokens and place a limit order, their staking algorithm will still offer rewards on the token until your ownership of it has ended.

The exact launch schedule of CEX.io’s automatic staking though is not clear but it is certainly set for a 2020 launch. Although whether that is weeks or months has not been made clear. Naturally, we will keep our ear to the ground and keep you posted when the system formally goes live at CEX.io.