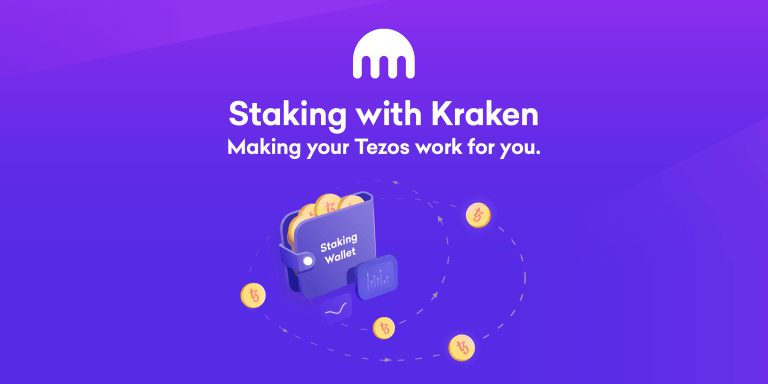 Exchange platform, Kraken will be launching a “new best-in-class staking service” that promises 6% rewards by leveraging Proof of Stake (POS).

By now, people are no doubt aware of the concept of staking as it quickly becoming the norm in the crypto industry for how cryptocurrencies are designed. This is as opposed to proof-of-work assets that were previously the norm and required miners to process and safeguard the asset via computer power.  However, this means slower confirmation times, limited throughput and a larger carbon footprint. Proof-of-Stake was design in order to remedy this.

The Concept of Staking

Proof of stake removes the need for high powered nodes used in return for compensation by miners and can be expensive. Instead, the owners of the proof-of-stake token provide a percentage of their crypto holdings as collateral with the same result achieved.

The result of this is that as well as further the blockchain, those who had decided to stake their tokens will earn rewards for doing so. In the case of Kraken and Tezos, that will be a 6% return – one of the highest in the industry.

While there are some inherent risks involved in staking, Kraken has outlined a number of advantages to using their new service, aside from the 6% return promised annually. These include the ability to earn these rewards instantly, twice-weekly payouts, and quick set-ups and exits directly through the Kraken Spot Wallet.

Getting Involved in Staking?

To get involved in the concept of staking is essentially just a two-step process. Essentially, all you need to do is make use of your Spot Wallet to purchases Tezos, then simply move these Tezos into your staking wallets. From the moment you do this the staking will begin and your rewards will start accumulating with them distributed directly back into that staking wallet every Tuesday and Thursday.

If at any point you wish to exit your staking, you just transfer them back into your spot wallet. What is important to know about staking is that the whole time these tokens are being staked is they are not available to trade with or use except for staking purposes.

You can start getting involved in this new concept as of tomorrow, Friday 13th September, with pairs available offer XTZ/USD, XTZ/EUR, XTZ/CAD, XTZ/XBT and XTZ/ETH for trading to get you off the mark.

Before you start though, we advise you read the Staking User Agreement from Kraken, as they assume liability for any loss of staked tokens except for the events described in this. As such, it is good knowledge to know.

If you are interested in the concept and want to get involved head over to Kraken tomorrow to begin.

Tezos is one of the most interesting tokens in the cryptocurrency and has a past that is filled with turmoil. However, this now in its past and the asset has been legitimised and expanded, with current Coinmarketcap ranking of 11th, and has a price of $1.60. This price has increased since the announcement of this new staking option on Kraken so it will be interesting to see what comes when it formally launches tomorrow.

Tezos is unique in its nature due to its use of a modular architecture which makes it easy to upgrade, and the fact it is robust enough to use in mission-critical environments, such as aerospace or nuclear project. Thus, it is very versatile in nature, but ultimately functions in a similar way to that of Ethereum, and uses a wide range of Dapps. All of which makes it a promising investment prospect.