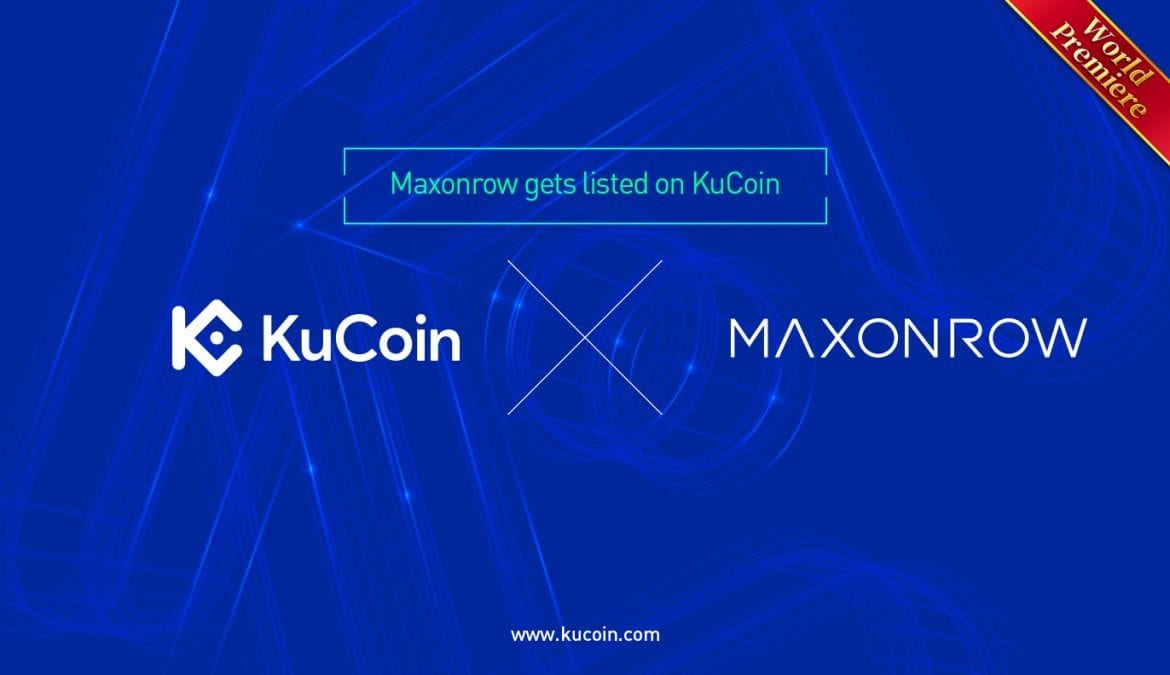 The last 48 hours have seen new trading options added to the books at KuCoin, Maxonrow (MXW) and Swipe (SXP).

These are just the latest in a long line of new crypto assets added to the KuCoin platform, following the Fortknoxster (FKX) and Enecuum (ENQ) listings at the start of August. Quickly followed a couple of weeks later when VideoCoin (VID) and Harmony (ONE) were also listed.

Over the summer, KuCoin has been added new options to their platform at one of the most rapid rates in the industry. Now, with these latest additions, that trend continues. Let’s take a look at what these new tokens are all about and how you can get involved at KuCoin.

The first of these two tokens, Maxonrow (MXW) was announced yesterday with the platform opening deposit to traders. Described by the platform as the First Operating Blockchain Ecosystem in the World Designed for Governance, and Auditing Purposes, it is being hinted to be somewhat of a breakthrough system that has innovative options for those who choose to invest into it.

The main focus of Maxonrow is essentially on security, with their systems focusing on KYC (Know Your Customer) and AML (Anti-Money Laundering) protocols. They are the first mainchain provider in the world to offer a real-name authentication mechanism for both these processes. Due to this, it means anonymity is eliminated and those who operate via it can be held legally liable. Legality is a factor that has long plagued the world of blockchain and thus, serves as a remedy to this.

The Maxonrow team are currently expanding it seems, following the launch of their first project, MAX-Wallet at the start of this month. Operating on the Maxonrow Blockchain it works via the same KYC principles, which upon completion gives users access to their entire Blockchain ecosystem and allows them to manage their encrypted assets.

If you are interested in this blockchain firm with security at its core, then full-trading goes live at 1:30 on October 14, 2019 (UTC+8), with withdrawals comes available two days later. Initially, an MXW/USDT pair will be offered to traders.

Their second new listing announcement came earlier today, with Swipe (SXP). Full trading services due to go live in just a few hours, with deposits already open to users. Swipe functions as a blockchain wallet, which uses its native Swipe Tokens (SXP) to perform all the functions of the Wallet.

The use of the wallet offers a wide selection of uses cases which bridge the gap between crypto and fiat. With the details of the Swipe, stating that it allows users to “buy, sell, and pay with their cryptocurrencies to fiat directly within the wallet application as well as purchase Gift Cards and make instant exchanges between all supported assets”.

However, there are also “tiered” benefits awarded to users reflective of the number of SXP tokens stored within their Swipe wallet. To set your Swipe Wallet up it requires you to deposit just 1 SXP. Once this is done, you can benefit from the on-chain functions which work via an audited Smart Wallet-Contract and are built upon Ethereum.

Head over to KuCoin now to begin getting involved!