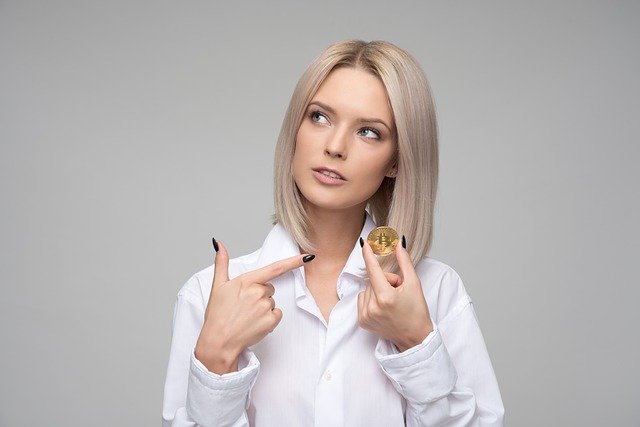 Cryptocurrencies have been popularly regarded as the future of finance globally. Investing in virtual coins has become a lot easier than it was a few years ago with the evolving crypto industry. Over the last few years, Bitcoin has caused a lot of buzz in the market. It has established itself as the de facto standard of cryptocurrency. The rapid rise in cryptocurrencies certainly drew the attention of many individuals and retail investors. But a lot of primary surveys argued otherwise. Many of the researchers who wanted to prove this boom were not successful in doing so.

This research aims to explore if people are trying not to disclose their cryptocurrency ownership. If proven so, this study would delve deep into the rationale behind these investors who are not disclosing their crypto ownership. As it is hard to get the exact numbers in the Crypto industry because of its anonymity nature, only secondary sources were considered for analysis in this study.

Before we get into the core objective of the study, here are some facts based on secondary research about the ownership of cryptos.

To analyze this better, we segregated the general population into groups based on defining characteristics that could directly influence the ownership of cryptos.

It is hard to determine the actual amount transmitted and received by address in a specific country because of the decentralized structure of cryptos. However, by measuring the crypto activities on every platform and segregating them by country, it is possible to estimate the corresponding geographical activity.

The below snapshot represents the Global Crypto Adoption Index of the top 10 countries based on reliable research done by Chainalysis.

The key findings of this study:

This aspect refers to the Bank of Canada’s omnibus survey report to understand if there is any possible correlation between age group, financial literacy, and crypto ownership.

Reasons Why the Majority of Public Tend to Own Cryptos

The study “Ownership and purchase intention of crypto-assets” by Helmut Stix would be referred to get insights for this analysis.

Ownership of Stocks vs Cryptos in Developed Economies

Even though the name cryptocurrency is being heard more than ever, the research showed that it still has a long way to go to be compared with more traditional forms of investing like stocks. Here is the comparison with the developed countries.

Crypto vs Stockholders in the US

The research showed that over the previous two decades, stock ownership in the US has fallen.

In a 2020 study conducted by Gallup, over 55% of Americans stated that they owned some stock or security. This represents a substantial decline from 2000 when the US stock was owned by 60 percent of the Americans.

A study conducted by Gemini in 2021 estimates that roughly 14% of the US population own cryptocurrency. This percentage roughly translates to 21.2 million US adults who hold cryptocurrency, and other studies estimate this number to be even higher.

Are Crypto Holders Worried of Declaring Their Ownership?

This is a question that comes to mind after looking at the statistics in these studies and comparing them with the increasing quantity of crypto wallets. The number of these crypto wallets being generated every year and the volume of amounts being traded/held has increased rapidly. Considering these results, one would naturally ponder about the possibilities of crypto holders declaring their ownership. There is a famous quote by Benjamin Franklin, which goes like, ‘In this world, nothing is certain except death and taxes.’ But a few cryptocurrency investors would argue otherwise.

If it is not disclosed by exchanges, companies and other third parties, the IRS may not be able to trace crypto revenue or transactions. According to Jon Feldhammer, a former senior IRS officer and partner at Baker Botts, tax evasion occurs because there are no proper guidelines for reporting something as income.

He also opined that setting up a non-reporting channel would only create a difficult way of evading taxes. As the government controls the currency more closely and takes careful account of it, money spent here will be taxed. However, as more stores accept Bitcoin and other virtual currencies, Crypto is becoming an alternative to cash and these stores might not have strict taxation regulations in place.

When looking at the data, it could be seen that a lot of the young population is edging towards cryptocurrency, and we can expect all of them to know the norms of IRS and to oblige the same. These young adults and teenagers could opt for not reporting their crypto earnings to skip this lengthy process. The same could go with the adults who just want to save more, and they do it by not reporting their crypto holdings.

It is also found out that people are unwilling to reveal these earnings, especially the older population, because of their fear of getting hacked and losing all their money. These attacks have been on the rise ever since the new boom of cryptocurrencies, and this process of hacking a crypto wallet is called ‘Cryptojacking.’

There is no denial in the fact that cryptos have been seeing new heights for a few years. As identified in the study, there are quite a few reasons and demographic factors behind why people own crypto. Our core objective of this study was to identify if people choose not to disclose their cryptocurrency ownership. Even though we did not have any primary research done, we gathered the required data from some of the most credible secondary sources. As a result, we derived a few possible rationales like tax evasion and fear of hacking behind people not declaring their crypto ownership.

2. The 2020 Geography of Cryptocurrency Report by Chainalysis, September 2020