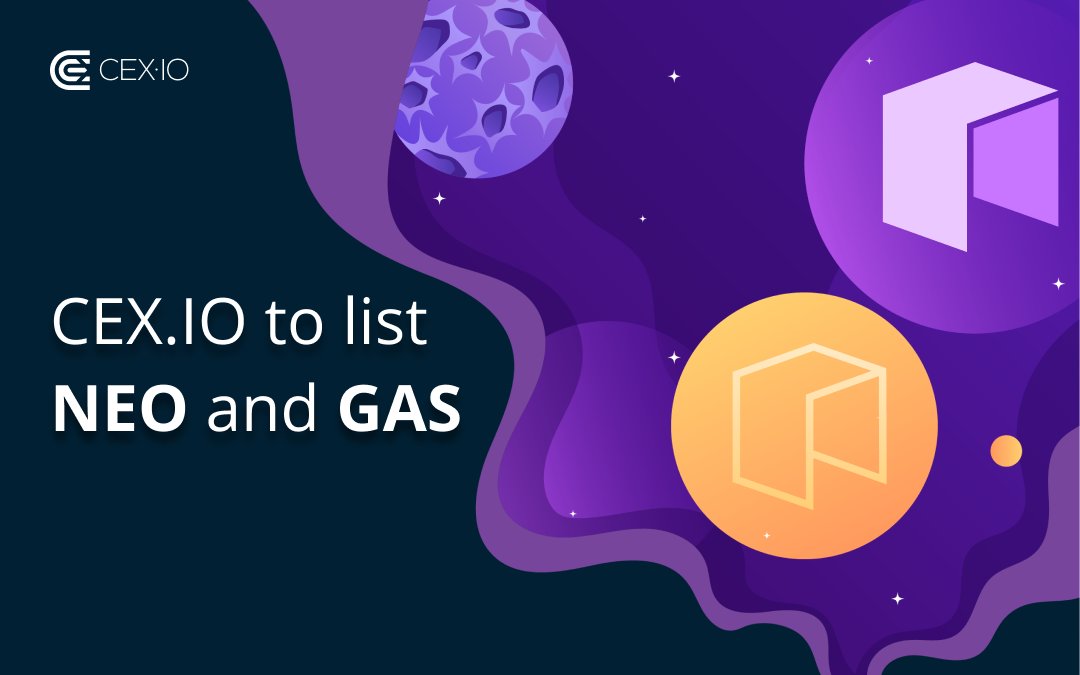 CEX have announced they are poised to list two new tokens on their platform, NEO and GAS, which will be the first listings of 2020 for the platform.

While there will be two new tokens added for trading over the course of this week, both tokens are in fact part of the same blockchain network – the NEO network. Although two tokens play different roles in helping it function which we will discuss further on. NEO itself is known by some as the “Chinese Ethereum” due to it being a community-driven open-source, non-commercial blockchain and so is considered the Chinese competitor to Ethereum.

How Does NEO Work?

However, NEO is different most notably unique because of the fact it cooperates closely and actively with the Chinese government. Of course, as most people will be aware of by now, China as a nation are actively trying to move towards a more digital asset-driven economy, aka, a distributed smart economy. Via which they aim to create an automated digital asset management system which uses smart contracts.

This goal is being achieved with the help of the NEO blockchain, which has both these areas, alongside law protected digital identity, at the core of their business model. This makes NEO a viable candidate as the go-to candidate for the Chinese government and their digital asset plans.

The NEO blockchain itself is backed by the two tokens that are set to be listed on CEX this week, NEO and GAS. Each of which has a different function on the network, with NEO operating what is known as a “dual-token system”.

The namesake token of the network, NEO, represents ownership of the blockchain. While GAS has the purpose of running apps, executing contracts, and paying dividends to NEO token holders. The two tokens work in unison to ensure the harmonious functionality of NEO as a blockchain network.

Why Invest in These Listings?

Currently, the NEO network brags, as per CEX figures, 2 million addresses, 500,000+ community members, 100+ dApps, and 300+ technical contributors. This high activity of the project is hence why both these tokens are in such high demand. This is reflected in both tokens’ market performance as measured by Coinmarketcap.

NEO is currently ranked at 19th by the crypto ranking website and boasts a market cap of over $700 million and a trading volume of more than
$400 million. This makes it one of the most traded cryptocurrencies in the world. GAS, on the other hand, offers a significantly lower $10 million market cap and a daily trade volume of around $2 million. Although, of course, both tokens are two sides of the same coin and the success of one will be reflected in the other, as well as the NEO blockchain as a whole.

Trading NEO and GAS at CEX

Those wishing to get involved in trading either of these tokens can expect a gradual roll out from the platform which will be conducted over several steps.

These steps will begin with deposits and withdrawals being enabled tomorrow (14th January). This will be followed by NEO/USD and GAS/USD trading becoming available. Later in January, further pairs will be added in the form of NEO/EUR and GAS/EUR on January 17th, before NEO/GBP and GAS/GBP are added on January 21st. The platform will also allow for instant purchase of both these tokens via the use of Visa and Mastercard.

The upshot of all this being that you can begin trading both tokens tomorrow, with more trading pairs scheduled for later this month. If you want to be ready to trade these tokens, head over to CEX now and get yourself set-up on their platform.