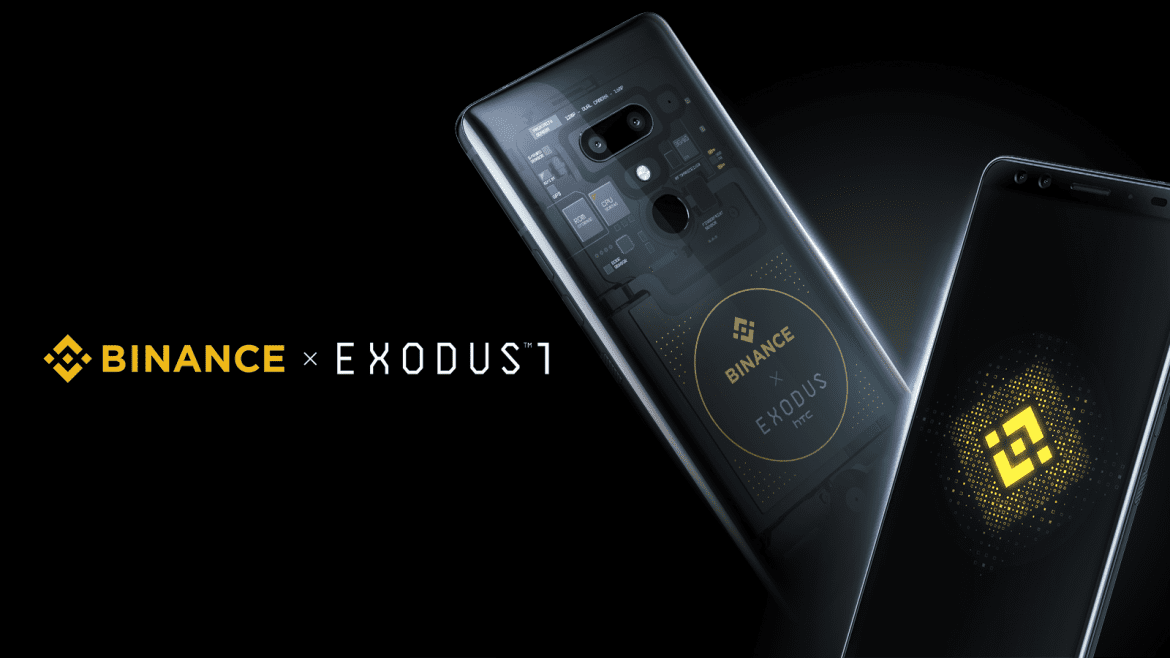 In a new partnership between two powerhouses in their respected fields, HTC and Binance, a new phone has been released with the benefits of both firms installed.

The new device will be known as the Exodus 1: Binance Edition, due to the fact it will come with Binance-Chain support and so you can benefit from the perks this offers. One of the main ones being that you will be able to use the Binance DEX, directly on the device via the uses of the Zion Vault, the native crypto wallet of the Exodus 1.

The Exodus 1 Binance Edition will become the first mobile by which the blockchain has been implemented on. The Binance app and the Trust Wallet app, their own native wallet, will both be preloaded on to the phone too, lowing you to have full access to Binance’s services from the second you turn it on. All topped off with a special design and back cover designed by Binance to complete the look.

Due to these implementations on the device, it will essentially turn the device into a cryptocurrency wallet, but with all speed and usability that the Exodus 1 was designed with as standard. All of which considers it makes it is a must-have for traders. As well as giving you constant access to the trading world, making it a portable exchange. It also is convenient in other ways too as you will need just one device in order to maintain your day-to-day activity directly on your mobile.

For HTC, this is their latest move into the world of crypto and blockchain, following news in May that they had created a phone that was able to run a full bitcoin node. Describing Binance as a “fearless company”, Phil Chen, the Chief Officer at HTC stated that Binance’s vision for borderless is one that his own company “aspires to”. Before explaining his excitement at more closely with the form before stating that he believes that “this combination and our partnership will usher in a completely new paradigm of digital asset exchanges and corresponding interactions.”

Meanwhile, Changpeng Zhao, the CEO of Binance, stated his belief that smartphones will be play a “key role in the mass adoption of crypto” and they are “the most natural devices for a hardware wallet that is simple to use and always with you”, with “the implications being described as “profound and far-reaching”.

“We are delighted to support and work with HTC EXODUS to help people access crypto anywhere and anytime. We are excited to collaborate with a manufacturer that is taking the innovative steps forward to empower users and further adoption,” he added.

The Exodus 1: Binance Edition will set you back a reasonable USD$599. If you need one more incentive to act fast and get involved, there is also USD$100 worth of BNB available to the first 500 customers to purchase the device, in an Early Adopter bonus.