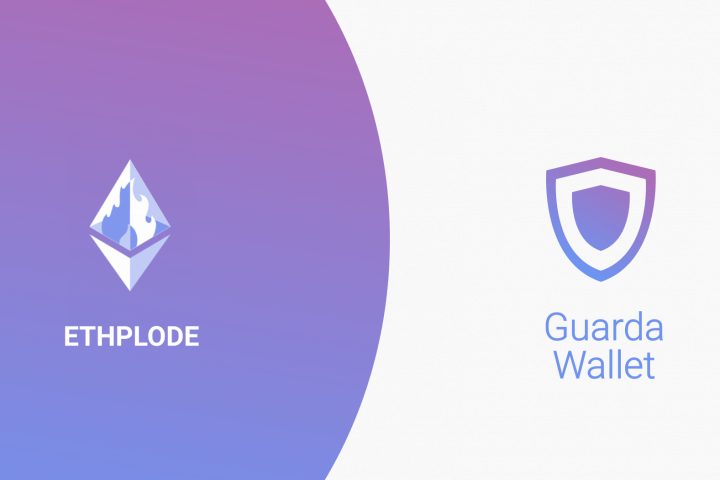 The popular cryptocurrency wallet, Guarda has teamed up with ETHplode to formulate a giveaway which can see users win 200 ETHPLO tokens.

The purpose of the new promotion is to help users learn more about ETHplode. With this in mind, the core of the giveaway revolves around a quiz about the growing crypto asset. However, before you enter this quiz, you have to partake in other steps in order to be eligible for the giveaway. These require you to get closer involved in the Guarda community and are as follows:

Those who participated will then merely have to wait for an update on Twitter by Guarda announcing the beginning of the distribution process. The distribution process is sent out in a series of waves but, as long as you have a Guarda Ethereum wallet, you will receive them automatically in the Tokens section of your account. As such, it is a super simple way to get your hands on this growing token.

ETHplode is certainly a crypto asset that looks like it is on the up. While it only hit the market back in July, it has shown some steady bursts in value. Most recently, it has seen an increase in value of 11.94%, at the time of writing, over the last 24 hours.

As such, despite being positioned way below the top 100, situated with a rank of 2136 by Coinmarketcap, there is potential for much more progress in terms of value. This is more or less guaranteed due to the way ETHplode is designed.

ETHplode has deflationary characteristics with built-in self-destructive functionality. What this essentially means is that with every transaction, 0.5% of the amount will be burnt. Thus, this increases scarcity of the coin and, as per ETHplode, the concept is “hardcoded directly into our monetary structure”.

It has taken inspiration from the BOMB Token, which was the original hyper deflationary, self-destructing currency. Hence, where ETHplode takes its name from; ETH as in the Ethereum Blockchain it is built on, and “Plode” as in the concept of an explosion or an implode, as the case may be.

Upon release, there was a supply 100,000,000 ETHPLO tokens. Though, of course, since then a portion of ETHplode has been transferred. As a result, the current supply has already dropped to 99,883,825 ETHPLO, at press time. One final thing to consider about ETHplode in relation to its total supply is that it is both guaranteed and impossible to create new tokens due to their system of smart contracts.

With this in mind, it is a promising little token with a lot of potential to see growth. Plus, thanks to this competition, you can get 200 tokens for nothing and then see where the price goes for yourself by getting involved in Guarda’s promotion.

eToro, the world’s leading social trading and investment platform, has recently announced that it will be adding Dogecoin to its list of supported cryptocurrencies. This means that you can buy DOGE from any supported eToro county, including the US. What was originally dubbed a joke coin is quickly gaining popularity around the world. Earlier this […]