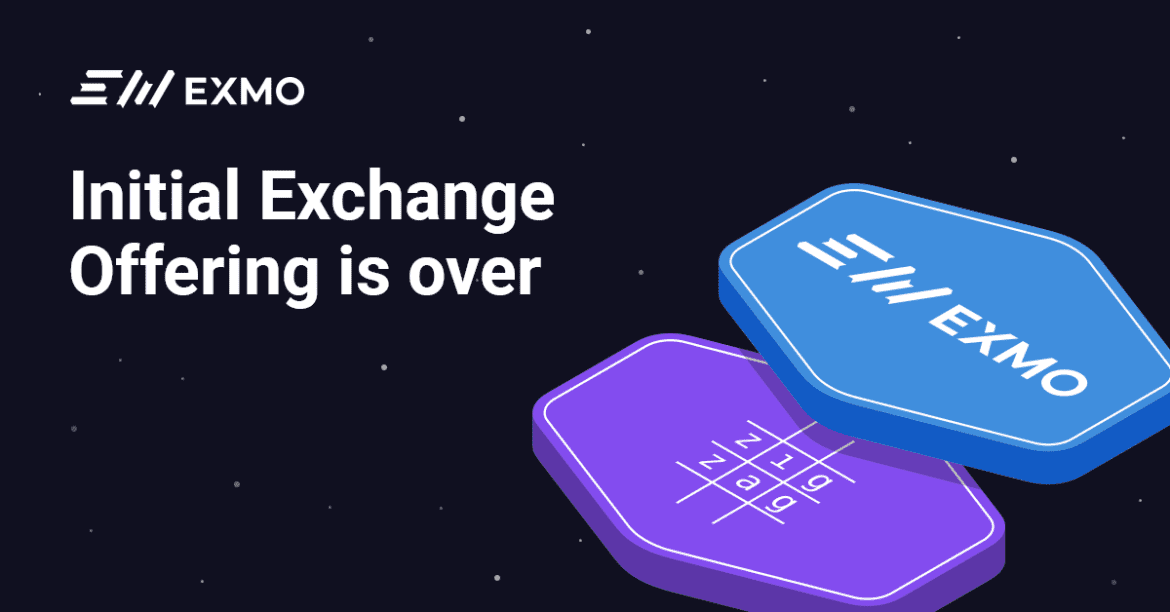 Exmo’s latest IEO which proved a massive success with 50 Bitcoin’s worth of ZAG tokens selling out in just 10 seconds.

As we announced last week, the IEO took place yesterday, September 26th and saw 100,000 ZAG up for grabs. These were soon snapped up by eager traders and saw their latest success in hosting sales following the success of their PTI ICO in April and their own native token, the Exmo Coin, last month.

Sergey Zhdanov, CEO of the EXMO, stated that the success owes to their selection procedure. Speaking after the IEO, he explained, “It’s not a secret, that EXMO team is very strict while choosing the projects, both for listing and the Initial Exchange Offering. During the ZigZag product audit, our team noted the key idea of the project – sophisticated technology carries with it a simple life mission to simplify cross-border translations. In my opinion, the beforehand closed Tokensale confirms the high product’s demand.”

Following this, the official listing of the ZAG token is scheduled for today, September 27th, with the ZAG/BTC pair available to users. Traders should also stay tuned as the platform also announced that a new ZAG trading competition will be hosted on the platform soon, which we will keep you updated about.

Yesterday also saw the platform complete the release of their new Stop Orders function. This is now in the Beta testing stage which will see a selection of users take part in a closed focus group. Users were able to volunteer to be involved and if successful were notified today.

This is said to take 7 days, which will then be pre-emptive to the second stage of the Exmo Coin IEO, scheduled to take place pretty immediately afterwards.