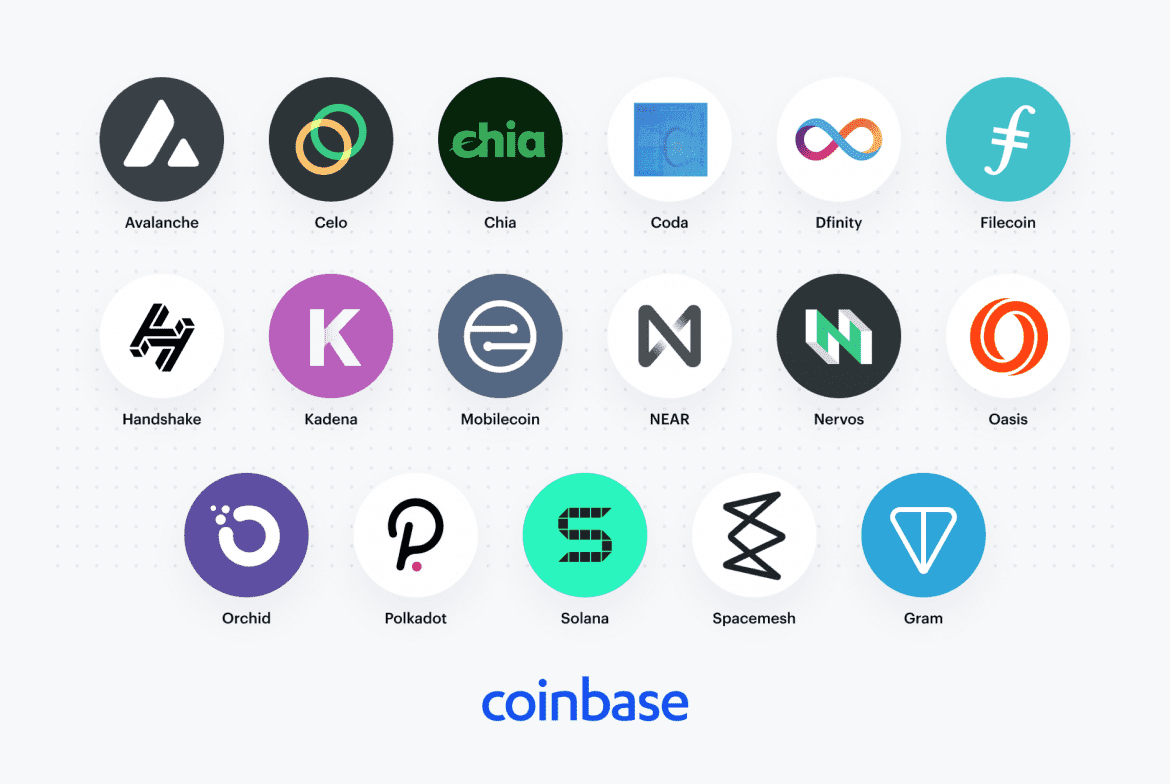 Following a pledge by Coinbase to offer a larger number of assets to their users, the platform has detailed a selection of coins which could see themselves listed on their platform soon.

They have announced their plan to allows their customers around the world to “have access through Coinbase platforms to at least 90% of the aggregate market cap of all digital assets in circulation.” Following this pledge, they then went on to announce 18 new options which are currently under review.

The news assets that they are said to be looking to incorporate are, in alphabetically order, Avalanche, Celo, Chia, Coda, Dfinity, Filecoin, Handshake, Kadena, Mobilecoin, NEAR, Nervos, Oasis, Orchid, Polkadot, Solana, Spacemesh, and Telegram.

While exact details about when these new options could officially hit the platform are unknown currently, as they still must meet the strict regulation, they put in place to ensure everything above board, it looks like their plans to expand are fully underway.

They doubled down on the statement that this is only just the beginning, with the platform signing off saying that their platform can be expected “future, similar announcements as we continue to explore the addition of numerous assets across the platform.” Naturally, you can stay tuned here for more updates as they come from the platform about their latest listing.