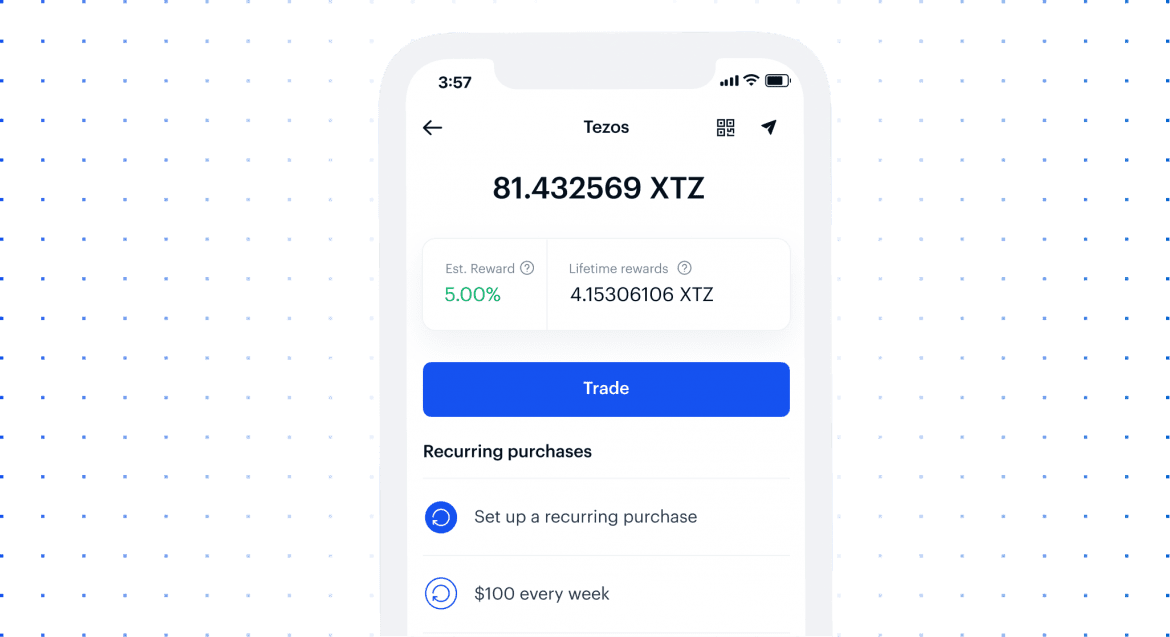 Coinbase has launched a new initiative that will now reward staking rewards on Tezos.

The new system is a further way by which Coinbase is attempting to help users earn purely for investing in crypto. This latest way will reward their US with staking rewards if they possess Tezos. The system is very simple by holding Tezo, and making the underlying blockchain on that asset more secure and efficient, you will be given assets from the network.

Of course, staking can be achieved in a manner of ways without Coinbase already, and some of you reading this may already be doing so. However, the system by Coinbase aims to streamline that process and limit the confusion, as well as the risk, that can often be attached if you are not experienced in the method.

With this considered, it will be a good way for those who are interesting in a straightforward, low-risk staking method to get involved, while simultaneously getting something out of the process direction from Coinbase.

They have outlined that those who choose to participate in Tezo staking on their platform will now stand to gain a 5% annual return for choosing to stake Tezos. These rewards will begin racking up from your first day, which you can witness before your very eyes, by viewing them in the Coinbase app. Then, after the initial holding period of between 35-40 days is complete, then these rewards will come thick and fast and you should expect to see one every 3 days.

These returns have been projected based on reward Coinbase generated by their own staking experiment generated over the 90 days leading up to this announcement. The exact return rate will be determined by Tezos themselves, who pay out the rewards. With the exact amount reflective of those who are participating in staking at any one time. While Coinbase will take a cut as commission from this system as a middle man, the rest of the funds will be distributed to you.

Of course, while you may be put off by the fact that Coinbase will be taking this commission, there is a good reason for this. Which comes in the form of the fact that as mentioned, this is more trustworthy and secure than typical staking.

This is because the Tezos will always remain in your wallet, safe and sound at Coinbase as you earn. With the option to opt-out anytime you want, with no long-term commitment, excluding the initial holding period, that you are locked into. This is another benefit from choosing to stake via this new system from Coinbase.

If this process sounds like something you would be willing to get involved in then getting started is very straightforward also. There are a couple of options available to you. You can either simply buy Tezos directly from Coinbase, or alternatively, if you hold Tezos elsewhere, you deposit it directly from a third party wallet.

Once either of these processes is completed then you will be entered automatically in the program and your holding period will begin. If you don’t move these tokens, then your rewards will be paid out in full once that period is over.

However, this isn’t the only way to earn Tezos via Coinbase and their Earn Program is another way by which you could get on the Tezos investment ladder. This will see you undertake online courses about Tezos, allowing you to learn more about Tezos, which has had quite the colourful past. You then complete quizzes and then an amount of Tezos, ($6 worth) will be credited to your account.

To learn more about staking rewards, the Earn Program and more, head over to Coinbase!