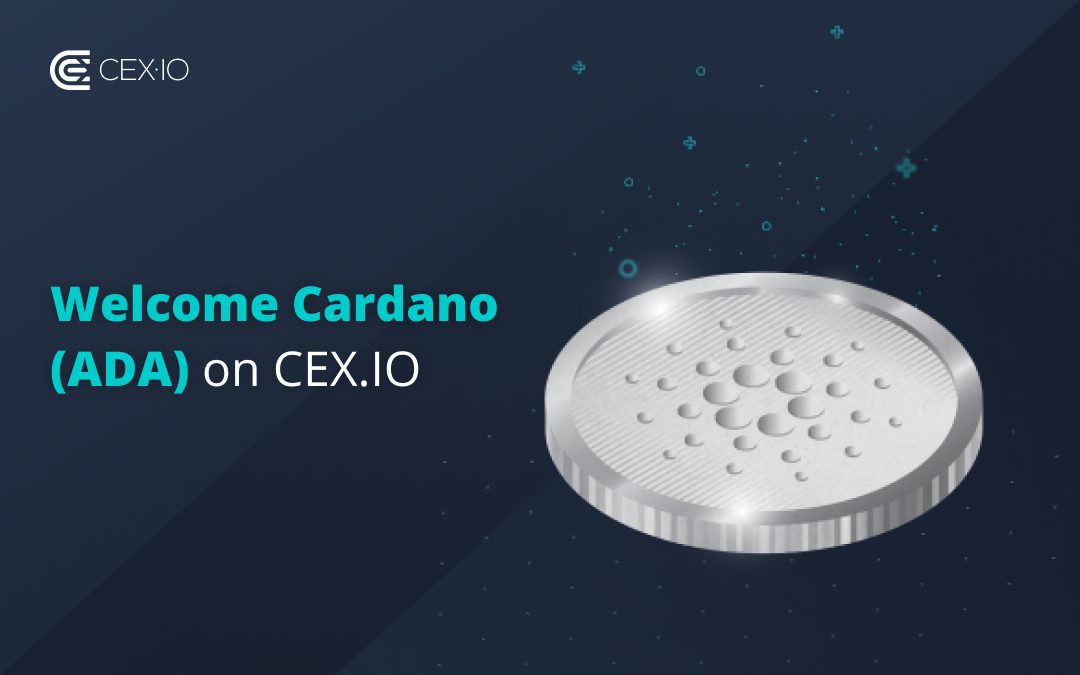 As previously reported, Cardano (ADA) was due to be listed on CEX. As of today (13th December, 2019), the popular crypto asset is now available for trade on the platform.

Now that this has happened it means users can immediately begin to trade it via the ADA/USD pair that is now available on the platform. With users also being given the option to both buy it directly via a Visa or a Mastercard and can also withdraw the asset already too. As such, full operations are now available with the token.

Created by one of the co-founders of Ethereum, Charles Hopkinson, ADA hit the market in 2017 and became an instantly popular token among traders and is currently sitting outside the top ten ranked tokens on Coinmarketcap.

Although it has been a bit of a turbulent year for the token, it has since recovered and in fact, moved up the rankings from 13th to 12th in recent months. This new listing is set to only increase that growth. It currently sits at a value of $0.037123 USD and has seen a 1.81% increase over the past 24 hours.

ADA comes from the firm it shares its name with and functions via a scientific method which was built around academic research, with the token being written in Haskell. There are essentially three core elements to the token. These are Cardano itself, the blockchain platform just described, Ouroboros, a proof of stake algorithm, and Daedalus, a wallet that powers Dapps on the blockchain.

Cardano is very much a user-orientated and takes the needs of regulators into account and uses a democratic governance system, it also funds itself through a treasury system. Designed to be flexible and adjustable, it is also easily upgraded by soft forks which prevent the community from splitting. A key focus of Cardano is transparency with a third party company controlling monthly reports and then sharing them with the community.

Go to CEX.io Now to Start Trading it.