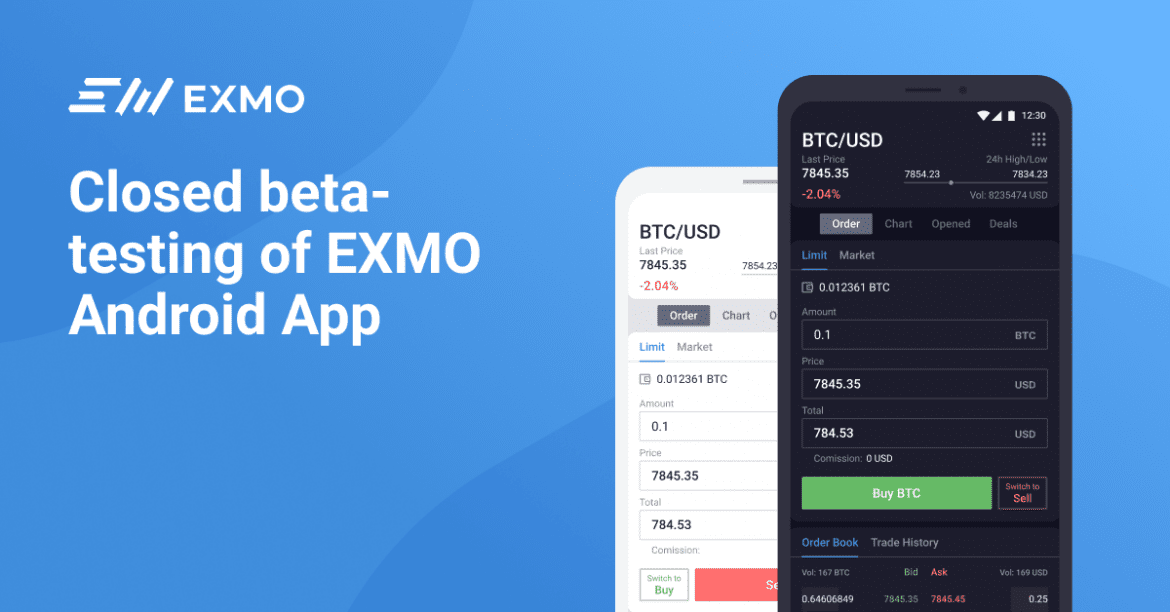 As we head into the weekend, there are three news updates that have emerged from the EXMO camp about various elements that have been on the cards at the platform for some time.

It seems that November will be another busy month for the EXMO as they have released the details about several different aspects of their service. These will be of interest to anyone who is interesting in trading on the go, EXMO Coin (EXMO) investment, or listings. With there being a selection of dates to put in your calendar and opportunities for traders to get involved at the platform. Without further ado, let’s delve into what the updates that have already occurred and are due to occur very soon.

The first of these updates is in the form of Velas (VLX), which we had previously stared would be listed by EXMO imminently. This is scheduled to be listed on the platform as of Monday, November 4th, 2019. Velas, which is an acronym for Virtual Expanding Learning Autonomous System, promises uses impressive scalability, an issue with current systems, offering the capacity to make 30,000 transactions per second.

The core purpose of Velas as an operation though is to make AI more accessible to developers, while also helping firms to tokenize for crowdfunding purposes. Its use of AI also is said to “motivate nodes to be reliably present and active in the network and simultaneously blocks messages about false transactions to increase the quality of messages and build resistance to attacks.”

If you are interested in investing Velas’ VLX token, then as mentioned, the listing occurs on Monday, when at 17:00 UTC +8 Deposits will be available in the Wallet section. The next day,  VLX Trading is will begin on 5th November, 17:00 UTC +8. Then, on the 6th November, withdrawals will go live at 17:00 UTC +8.

Details of EXMO Mobile APP and EXM IEO 3rd Round

The other updates from the platform are intrinsically linked and will see the launch of EXMO’s brand new mobile app that will coincide with the third and final round of their native EXMO Coin (EXM). The first thing to note on this topic is that the date for your calendar for either of these events will be Wednesday, 13th November 2019.

In regards to the app, which has been described by the platform as “the next significant development step” for the platform, it is nearing the final stages of completion already. In fact, the claim has stated that Android OS is already ready for release, although the IOS app is apparently still undergoing further development and will not be ready for launch until several weeks later toward the end of November.

For those who own an Android though the wait is almost over and a testing version is ready to download on Google Play at some point in the coming weeks. The purpose of which is to give users the chance to take closed in a closed beta testing period, much like that which was offered when their stop-orders launched before the EXM IEO 2nd round. There are even rewards for the most active users who have been promised “pleasant surprises”. You can apply to partake in this Beta test now via their site.

Following this period, which is scheduled to end on the 13th November, the full mobile product for Android will launch and the first thing users will be able to partake in via it will the EXM IEO 3rd round. No doubt there will be still some specific details about this to come from EXMO very shortly, but the platform has stated that 3 days after this third round, the EXM Coin will finally be listed on the platform officially and go live for official trading.

We will keep you informed about all these goings-on as they happen.