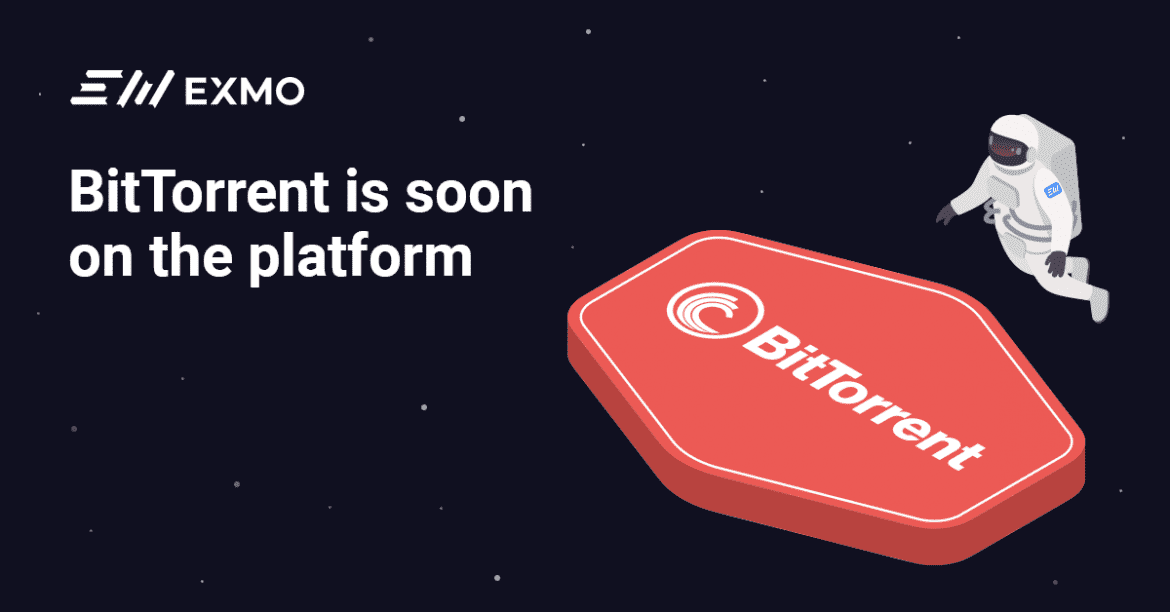 Exmo has outlined plans for two new trading options to be added to their platform before the month is out, BitTorrent (BTT) and Velas (VLX).

Fresh from the competition of the second round of their native token, Exmo Coin’s IEO second round last week, and the IEO and listing of the ZAG token, EXMO are back with fresh news about new tokens going up for sale on the platform.

This time they will come in the form of big-name coin, BitTorrent (BTT) and growing token, Velas (VLX), both of which are due to become available for trading at EXMO at some point this month. Let’s take a look at these tokens, what they offer and how you will be able to get involved with them at EXMO in the near future.

Even if you aren’t wised-up on the goings-on in the crypto world, then BitTorrent may ring some bells for you. Well, this is because it is a well-known peer-to-peer file-sharing system. BitTorrent stakes a claim that together with their sister protocol, Utorrent, they move 40% of the world’s internet traffic and boast a monthly users base, of 170 million people.

Following a partnership with the Tron Foundation in July last year, their plans for expansion have grown even further, with their eyes now set on creating a decentralised internet. The BTT token, which functions on the Tron blockchain, is assisting this venture as it increases the productivity of BitTorrent and assists in the addition of more network features.

BitTorrent is one of the most recognisable names in the crypto industry and so you could say its listing on EXMO is long overdue. Well, users now won’t have much longer to wait as it is due to go officially live for trading next week. This will begin with the listing on Monday, 14th October, which will be followed shortly by deposits. Then, on Tuesday, 15th October, 4:00 p.m. UTC full trading with go live via pairs, BTT/BTC, BTT/RUB, BTT/UAH.

Velas, although official dates are yet to have been announced, is another product that is due for listing on the platform at some point this month. Velas, which is an acronym for Virtual Expanding Learning Autonomous System, has stated that its purpose is to solve existing issues within the blockchain industry. Namely, they are referring to scalability, with their system promising to deliver up to 30,000 transactions per second.

Velas helps other companies utilises AI technology in a way that can further their mission. Notably, Velas states that their “AI framework motivates nodes to be reliably present and active in the network and simultaneously blocks messages about false transactions to increase the quality of messages and build resistance to attacks.”  In a similar way to the ERC-20 tokens on Ethereum, Velas uses these frameworks to assist enterprises to tokenize for crowdfunding purposes.

Currently, we know that they will have a VLX/BTC pair on the platform, but no other news about official details. Naturally, though, we will keep you in the loop about developments in the listing process. In the meantime, ensure you are at Exmo on Tuesday to get involved in BTT trading when it goes live.