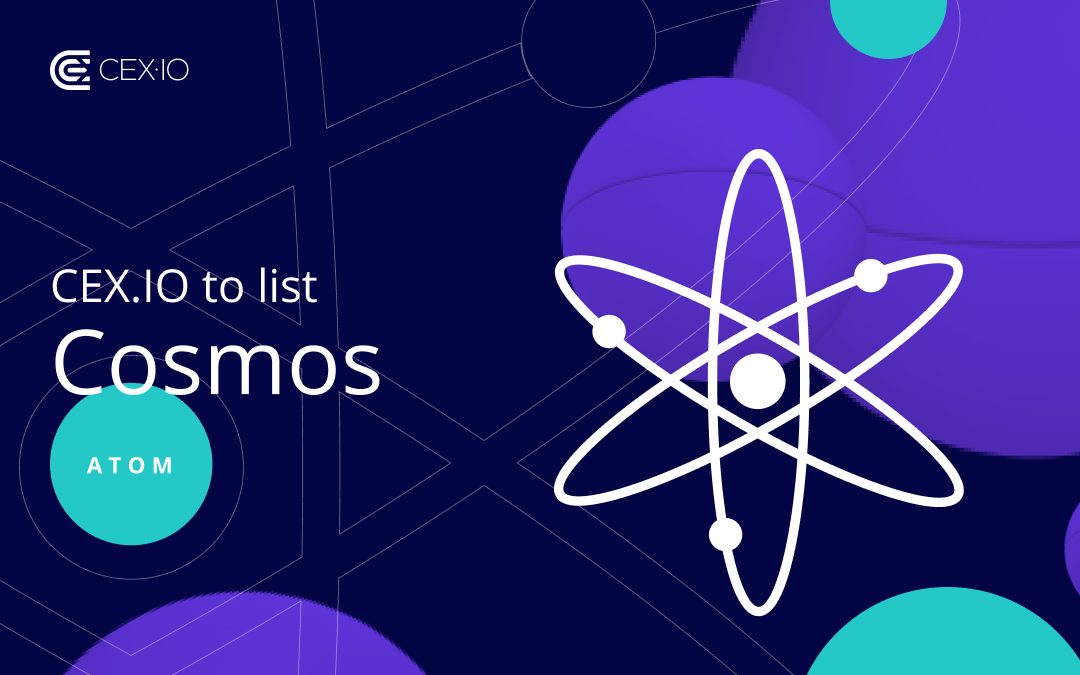 The blockchain describes itself as the “Internet of blockchains” and CEX have said it has been chosen due to a large number of requests from their traders asking for it to be listed. However, CEX are not the only party keen to get the token listed. Just week, Coinbase listed the ATOM token also, while Binance held a vote to determine whether Cosmos or another token should be listed. Elsewhere, at Kraken, the token has been listed for nearly a year. As such, there is a lot of interest in Cosmos and ATOM of late.

This is perhaps unsurprising when you take a look at the token’s performance over the last 5 months which has seen a gradual increase in value. In fact, since September, ATOM has more than doubled in price from $1.93 to $4.39, at the time of writing, with Coinmarketcap currently ranking the token at 19th.

If the trend continues for this token, the ranking could increase even further, so it is no surprise traders and platform’s alike are looking to get involved in the project sooner rather than later – especially as the project is still under development.

If you want to get involved in the project, then you can do that already permitting you hold USDT becauseATOM/USD trading is already live, alongside deposits. Tomorrow (24th January), withdrawals will go live, followed 4 days later with ATOM/GBP trading going live on January 28th. This is not all though and thanks to CEX’s newly launched automatic staking feature, you can earn staking rewards on ATOM owing to its hybrid PoS algorithm.

In most regions, you can already do this but some of you may be waiting a little while longer. However, these staking rewards certainly give CEX the edge when investing in ATOM at their platform as opposed to some of their fellow exchanges who also offer it or are looking to list it soon.

You can head to CEX now and start making use of that ATOM/USD trading here.