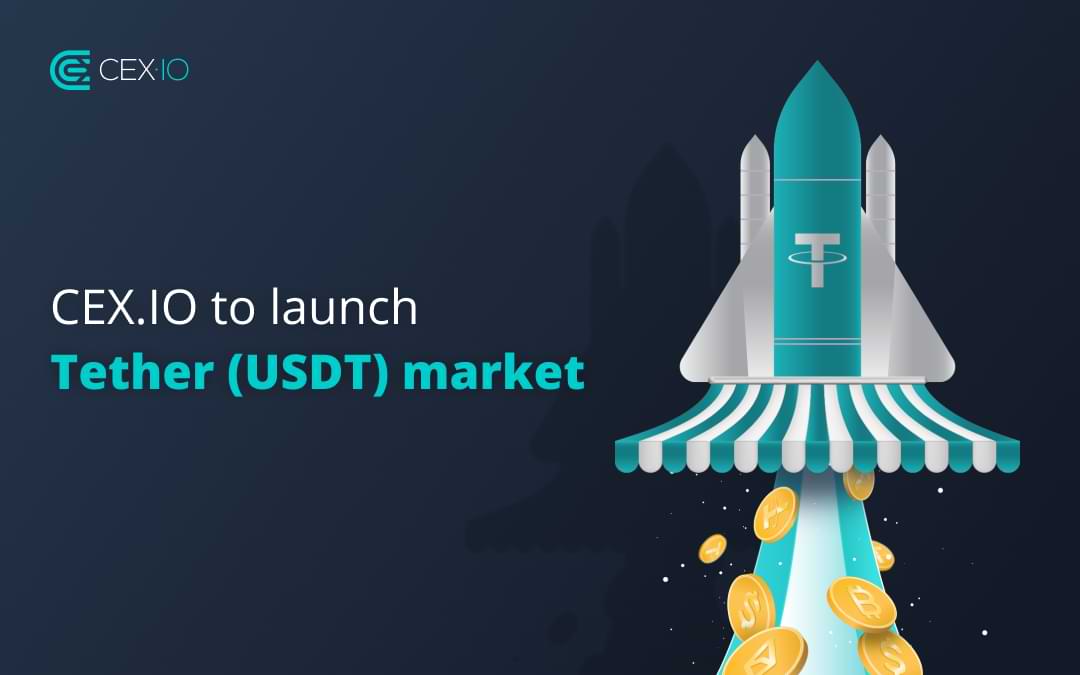 This week will see the listing of Tether (USDT) on CEX.io and it will come with a special offer attached to get you off to the right start trading the stablecoin on the platform.

Arguably, Tether (USDT) is one of the most well-known stablecoins available on the crypto market and is growing in popularity alongside the prominence of stablecoins in general. Tether, which is backed 1:1 with the USD, is currently 4th ranked coin on Coinmarketcap and has been seen numerous recent listings at platforms this year already, with CEX.io being just the most recent.

For CEX.io it beckons in a new era for their platform and will be the start of a brand-new market that will likely see more and more similar coins listed, assumedly in preparing for the launch of Libra, Facebook’s stablecoin next year.

With this considered, they have pulled out all the stops and not only have they promised pairs with most other crypto assets on their platform but also a low fee offer that is eligible to claim by traders until the end of the year to help them stick their teeth into this new era of trading at CEX.io.

When the new listing is put live onto CEX.io, and the platform officially as they put it, proves “more options for arbitrage, and give those already holding USDT access to CEX.IO liquidity”, it will come with very low rates attached. Specifically, providing users with a 0% maker fee and a 0.1% taker fee up until the end of 2019. Giving users essentially 2 and a half months in order to make transactions and loads up on Tether for low fees.

This will be made immediately available on the pairs available upon launch, i.e. BTC/USDT and ETH/USDT. However, there is still the potential for more pairs before the end of the year is up, and so this could be just the beginning.

Users will now have a long to get ready for this deal as tomorrow (October 15th, 2019) deposits will go live. This will then be followed by USDT trading will be enabled on CEX.io two days later on October 17th.