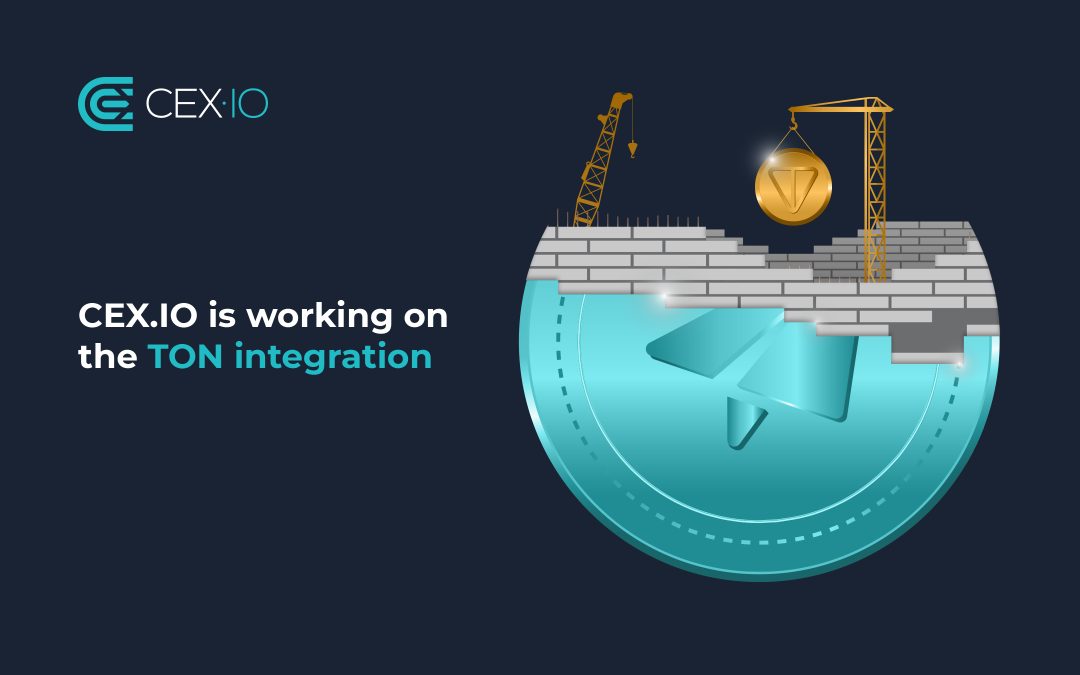 Exchange platform, CEX.io are eager to be one of the first to get involved with the new blockchain project from messaging provider Telegram, known as TON.

The whole industry is waiting with bated breath for the TON project. There has been a huge amount of hype about the new open-source network from Telegram and it has been tipped to become the quintessential blockchain for all-new crypto firms and tokens to be based around.

Many see TON as the solution to many of the existing issues surrounding the current top blockchain in the business, Ethereum, which has led to more and more alternatives popping up. However, none with as much potential to replace it as TON. Now after a long wait, it is in its final stage of development and is poised for launch at the end of this month.

It seems that CEX.io are one of the firms who have seen the launch of the new project as one with heaps of potential as they have announced they will be aiming to integrate TON into their operations asap. The platform has announced its intention to be one of the first exchange platforms to offer Gram, the native token of TON. According to the platform, their engineers are “currently modelling the integration” with the intention to make sure it is ready for when the main net launches.

With the platform releasing a statement that reads, “considering the expectations surrounding the TON project, our team is doing everything possible to make Gram tokens available for trading as soon as possible. TONs of excitement and not a Gram of doubt that we want to be one of the first to offer the much-anticipated tokens to our users. Stay tuned for updates!”

As such, for those looking to be one of the first to get involved in the most anticipated and ambitious blockchain project of 2019, CEX.io is the place to be.

As mentioned, TON has been pipped to be the replacement for Ethereum which has become notorious for a number of issues, most notably, scalability. Via its use of automatic sharding, TON can support multiple blockchains and allows for unlimited transaction throughput.

As well as this, the proof-of-stake network offers decentralized file storage, a DNS system, and a proxy DNS system. There is also a services system designed with the purpose in mind to improve usability for the conduction of smart contracts. As well as of course, operate as a payment system via Gram tokens, which CEX.io are keen to list on their platform at the earliest opportunity.

Due to the promising benefits this multi-purpose blockchain can provide the user, it is no surprise that such a large amount of hype has been circulating about the project. Last year, a series of closed ICOs raised $1.7 billion, which meant a public ICO never materialised. Thus, many people were not able to invest early on, which fuelled anticipation even more.

The stage is set for the TON release, let’s see if it delivers!