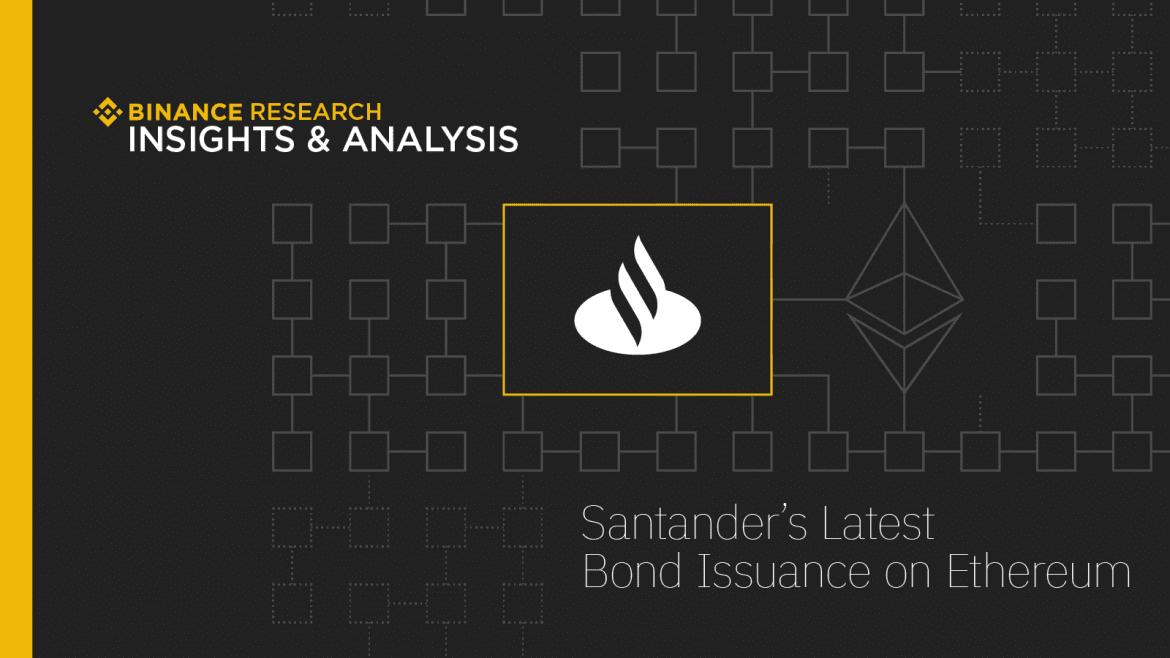 New research has discovered that blockchain may be the future for the issuance of financial bonds.

The analysis, which was undertaken by the research arm of the exchange platform Binance, discovered this via a deep dive into the practice of leading Spanish bank branch, Santander. The bank itself is one of the most recognisable bank brands across the globe with branches across Europe, as well as more recently, in North and South America, and continental Asia with clientele in the millions.

Last week, on the 12th September, the firm took a dive into the world of blockchain and in an industry first and began issuing tokenized bonds. This tokenize bonds were launch on the Ethereum blockchain and were valued at $20 Million USD.

While this was the first leading bank to do this, this follows trend of late which has seen this become more prevalent from other global institutions, such as the Societe Generale and the Austrian government. As this is a new practice, the future of practice was ambiguous at best but with this new research, some new light has been shed on these tokenized bond and spoiler alert, it is looking good.

As per the new report, “Eventually, blockchain bonds should gradually become a new standard in the fixed-income industry.” This is based on the fact that these tokenize bonds provide three separate features that provide them with advantages over more traditional methods of issuing bonds.

For one, due to the fact that they offer atomic hash time-locked contracts, there is a drastic reduction in counterparty risk. As well as this, it offers reduced issuance costs and faster execution due to operational improvements, and easier taxation and improved oversight about current debt holders, among other added-value services. Accumulating in the finding that bonds of these descriptions may soon become the norm for bond issuance.

However, there are a couple of variables in terms of the Santander framework that may sour the milk though. For one, they use an “off-chain legal documents with a trusted custodian” as opposed to issuing “native” securities on Ethereum. Plus, “they did not publicly release the contract source code, outweighing some of the presumed benefits from the use of blockchain technology.

Of course, all this, for now, is preliminary and it could be a long time for this to become the norm, as many more companies, particularly big-name organisations, will need to adopt the system first though. This said, it bodes well the potential for blockchain is yet another financial field secular of the crypto industry.