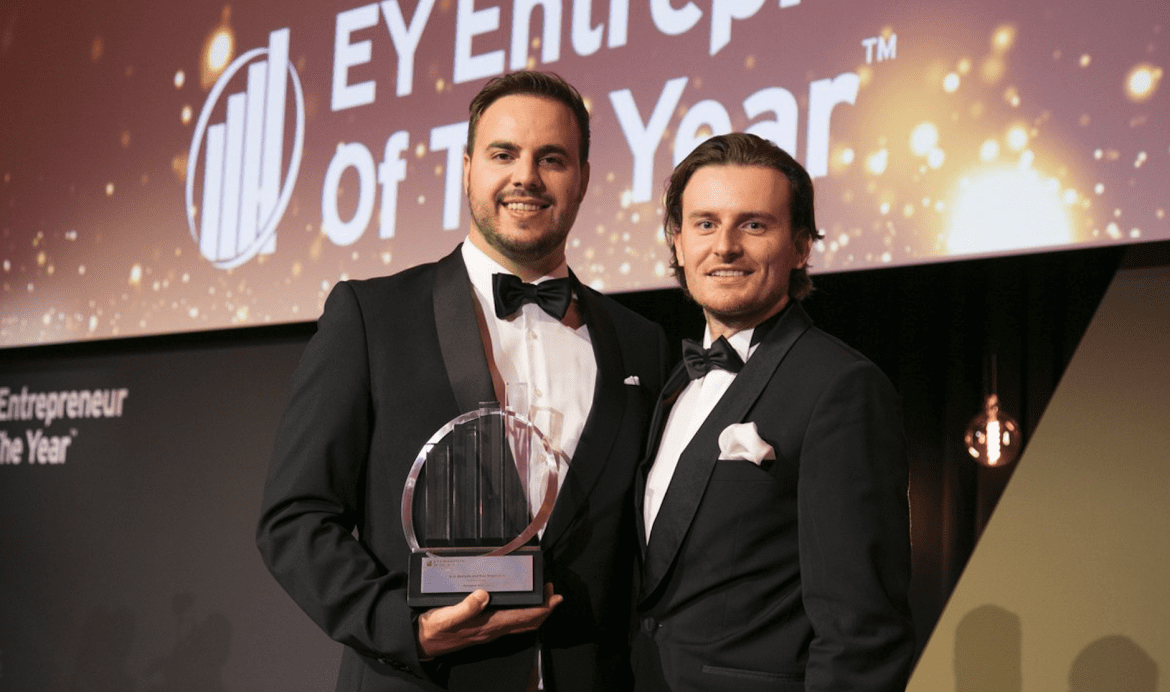 Paul Klanschek and Eric Demuth, the two CEOs of BitPanda, have taken home the Entrepreneur of the Year in an event hosting by world-leading accountancy firm, Ernst and Young.

The prize follows a very exciting year for the exchange platform. 2019 saw them host the highest ever recorded IEO of their native, BEST token, as well as the launch of the BitPanda Global Exchange at the end of July. With this considered, it is no surprise that the CEOs, who also founded the platform, edged out the competition to take home the top prize in the glitzy event which took place on Friday.

One of the two CEO, Eric Demuth, explained after winning the award that, “If you want to do something that no one has done before, you have to fight for it. We still experiment a lot and don’t accept no for an answer. I think this way of thinking has brought us to this point and will help us to succeed with our vision”. This can-do attitude is seemingly what he believes owed to him and his partner, Paul Klanschek, taking home the award.

This followed several other updates from BitPanda. Such as addition to their Metal-investment services at the end of September, improved benefits of their BEST token at the start of the October. While just last week, they unveiled a money transferring service known BitPanda pay which can be used to pay bills.

As such, this seems to be just the beginning for BitPanda. Something that was more or less confirmed by Klanschek himself after winning the award He stated, “our idea is to build a unique ecosystem in the fintech space. So if you’re thinking about investing, you can come to our platform and find everything you need.”

Well Done to Mr Demuth and Mr Klanschek and we look to forward to seeing what the future holds from your platform!