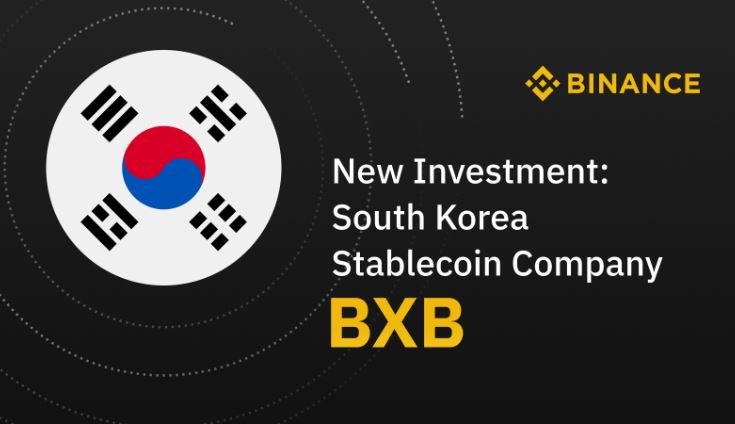 Yesterday saw three development plans emerge from Binance all of which focus on areas of East and South-East Asia.

Throughout the day yesterday, Binance’s blog updated 3 times with news that the plan was making deals and launching accessibility options for currencies and blockchain-orientated companies in major Asian countries, Japan, South Korea and Vietnam.

All of these combined looks like the platform have plans to expand its presence in Asia and raise their profile in this region. These moves have been cited by the firm as a result of their recent registration as Binance Ltd and efforts to formulate “local entities in various countries”.

Let’s take a look at what they revealed over the course of their busy day yesterday.

The first of the announcements detailed news that they had invested in a BxB, a Korean based firm who had created the first South Korean won (KRW) backed stablecoin. How exactly this partnership will look like is yet to be revealed, but it has been noted as means by which to help accompany “its long-term plans to further access to cryptocurrency globally and increase the freedom of money”.  Until then though, the full details remain under wraps.

The only clue we so far have comes from the respective founders of the two companies. With CZ Zhao of Binance stating that they “are currently developing future plans for the Korean market with BxB and hope to share more developments from our partnership soon.” And so, it seems this is just the first step for their operations in South Korea. While Jiho Kang of BxB hoped the partnership would be both “meaningful and useful to our communities and the Korean market while ensuring proper diligence from the formulation of the business and full regulatory compliance.”

However, the plan to expand in Korea is not a complete surprise as they also recently joined Kakao’s Klaytn Governance Council to foster the growth of the global blockchain ecosystem, as well as the blockchain industry in Korea. As such, it is merely an extension of these recent activities.

The next post was news of a deal with two firms in one of South Korea’s nearest neighbours, Japan. These are Z Corporation Inc. (Z Corp), a Softbank subsidiary of Yahoo, and a company that is part of Z Corp, TaoTao Inc. (TaoTao), a licensed cryptocurrency exchange. Information about their plans together are also shrouded in mystery, and all we know at the moment is that a “strategic partnership discussion has been launched”.

However, from the news we have from Binance, the discussions on the TaoTao side of things will look at the preparations for the potential launch of trading services available to Japan-based users. While Z Corp and TaoTao will benefit through licensing offered by Binance’s cutting-edge technologies and both Z Corp and TaoTao will be working with the Financial Service Agency to ensure that Japanese market compliance is ensured. This is all we know for now but if successful, it will almost certainly usher a way for Binance to expand in Japan.

The third and final piece of news from the Binance camp is that Vietnam’s national fiat currency, VND, can now be used to buy USDT, BTC, ETH and BNB directly on the Binance trading platform. As such, making trading crypto for Vietnamese citizens easier than it ever was before.  This follows news from earlier this month where Binance laid out ambitious plans to accommodate for all 180 fiat currencies with this being the first this year.

Changpeng Zhao also spoke ahead of this update from the platform explain that they “are pleased to introduce fiat-to-crypto P2P trading services to Vietnamese users to flexibly trade cryptocurrency at low costs,”. The decision to do this now is also apt, as the Binance Blockchain Week is set to kick off in one of the country’s two capital cities, Hu Chi Minh.

This might also owe to why all these Asian expansions were so quickly announced after one another. Those interested in attending the blockchain week will need to be in the city at the start of February. Head over to Binance to learn more about this and also, stay up to date with this Asia expansion.