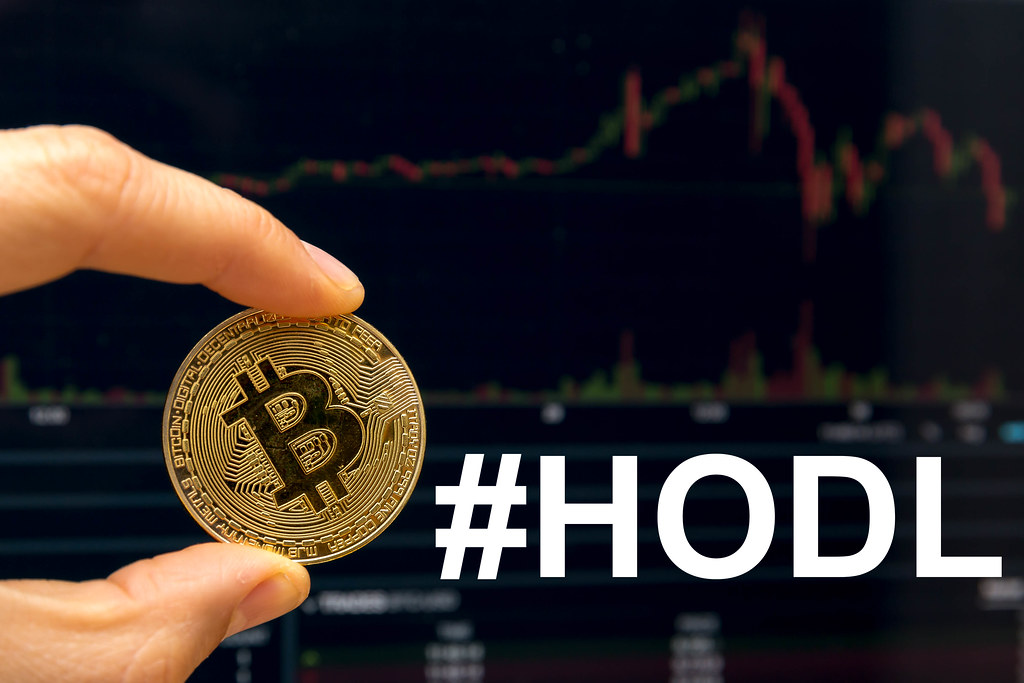 HODL is a popular term, used in the cryptocurrency sphere to indicate a type of investment strategy. Whilst the term might seem like just a misspelling to anyone outside of the crypto community, insiders know that it is amongst the most popular jargon in the world of decentralised digital currencies.

Crypto-investing and Where HODL Comes in

When considering the basics of crypto-investing, there are two primary strategies. Those who see cryptocurrencies as simply another tradeable asset, just like stocks and forex, seek to capitalise on the high volatility which most digital currencies experience. As a result, these traders seek to day trade or short sell cryptocurrency, together with trading a variety of advanced financial instruments, such as Bitcoin Contracts for Difference and Cryptocurrency Futures.

With this type of investment strategy, traders seek to turn a profit both when the price of cryptocurrencies rise and also when it dips. Generally, trades are short term, oftentimes lasting just one day or even less. Often these traders would close a position and limit their losses, rather than consider the potential gains in the medium to long term.

The second primary strategy is the HODL, which is affectionately known as Holding on for Dear Life. Traders who HODL consider cryptocurrency as a special type of asset, whose value is determined over a longer period of time. No matter if the price of a cryptocurrency dips, these traders will keep ownership of it. This investment strategy was significantly tested in 2017 when Bitcoin’s price slumped from almost $20,000 to $6,450 a few weeks later.

How was the term HODL invented?

The term, HODL was first used, accidentally, in a Bitcoin talk forum in 2013. A member nicknamed GameKyuubi created a thread called “I AM HODLING”, most probably while he was drunk. The thread came as a result of Bitcoin’s significant fall at the time. The term was quickly adopted by bemused users, and following the success of numerous memes, it quickly became part of the cryptocurrency phraseology.

The Logic Behind Crypto-trading

There are several factors which make cryptocurrency trading a viable proposition. Traders have different motivations; while some enjoy being part of a fast-paced and unpredictable market, others want to be part of the greater blockchain revolution.

A common phrase in the cryptocurrency trading sphere is “slow dime or fast nickel”. The term slow dime refers to the investment strategy which seeks to generate a substantial return over a long period of time. Fast nickel, meanwhile, refers to the strategy of smaller, but faster returns. The latter strategy represents the majority of new traders who joined the cryptocurrency markets since December 2017, when Bitcoin was approaching $20,000.

One of the most seductive allures of cryptocurrency trading is FOMO, the Fear of Missing Out. Hearing overnight success stories of riches created a frenzy of new investors. Over time, this fascinating allure has diminished, yet the high volatility of cryptocurrencies remains a tempting investment nonetheless. Today, even fast nickel traders are trying alternative strategies, such as trend trading, as it reduces the risk of short-term fluctuations by providing longer-term planning.

HODL: Why it’s A Good Strategy

When HODL was first used, Bitcoin’s price dropped 24.7%, as part of the 46% slide that took place during the December-January period. A significant drop such as this is when amateur investors normally panic and sell to limit their losses. However, investors who believe in the future potential of blockchain and cryptocurrencies, won’t need to panic, since any losses are most probably temporary.

The more traders HODL, the more credibility is given to the cryptocurrency industry as a whole. This should, in turn, increase investor confidence even after a slump, raising the price once more.

Although historical information is no guarantee of future performance, markets tend to repeat themselves over time. The possibility of a catastrophic situation occurring, resulting in the complete eradication of the industry is virtually zero. This means that any short-term emergencies or panic will pass, and any downtrends will eventually be reversed. HODL is a good strategy as it is not only used in the cryptocurrency market, but also on the traditional asset and commodity markets.

There is no particular moment when you should HODL, but rather you should diversify your investment so that you can afford to HODL at any time, for as long a period as necessary. Diversifying allows you to spread the risk by investing in several different coins. One of the best exchanges to carry out diversified investments in cryptocurrencies is Binance since you get access to over 400 different coins as well as plenty of historical and analytical data.

Although HODL might seem like a recent invention, in reality, it has been called different names since the beginning of public exchanges. HODL is a great strategy if you are patient and willing to plan for the long-term, but not suitable if you are seeking to get rich quick. Perhaps, through increased HODLing, the cryptocurrency market will eventually grow sufficiently to challenge primary fiat currency markets.