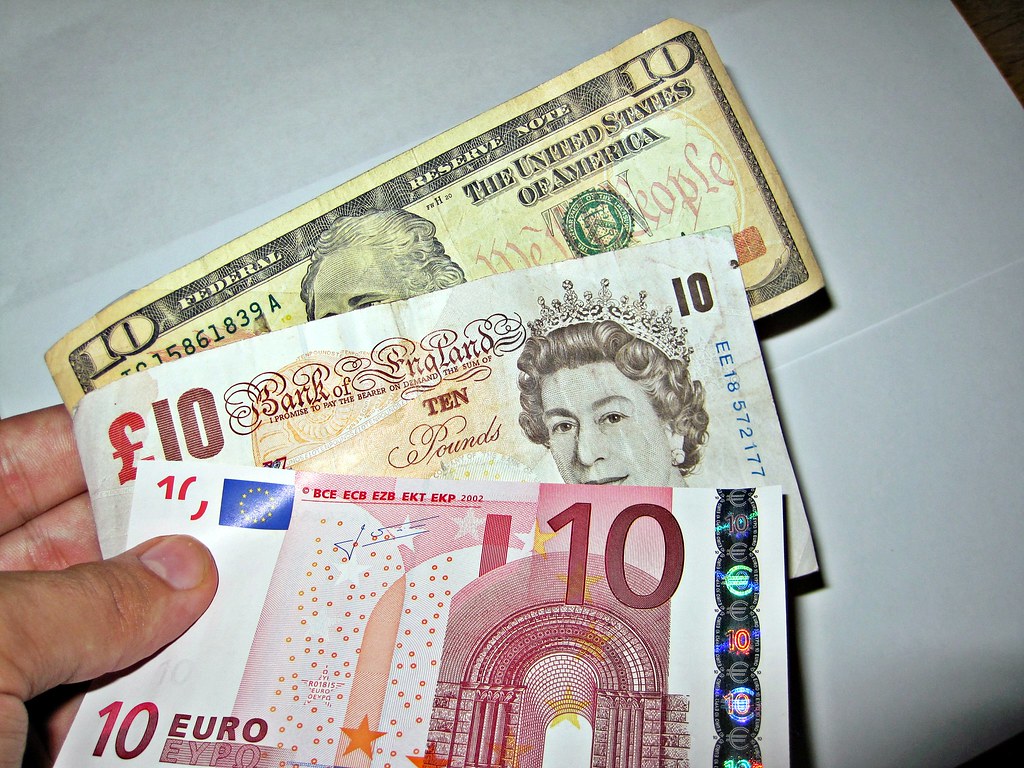 Foreign Exchange trading, better known as Forex or FX trading, is a global market of currencies which are bought and sold as a result of their change in value. By far, this market is the biggest one in the world, both in terms of liquidity and trading volume. In fact, an average trading day will see over $5 trillion worth of currencies traded.

Trading currencies has resulted in many success stories, and also stories of failure. As with any type of market trading, whether it is cryptocurrency, stocks or forex, education plays an important role to decide the fate of every trader. This guide will explain everything you need to know about forex trading, including how it works and how you can get started trading forex right away.

What is Forex Trading?

The forex trading market is a mixture of buyers and sellers who trade currency with each other. In order to do this, currency is continually converted from one to another. You have probably already experienced a forex trade in your life when you exchanged currency to use in a foreign country. When you do this, you are converting one currency into another, but in this example, your aim is to spend the new currency.

Forex traders, instead, buy one currency because they believe that it will increase in its value relative to another currency. If they are proven correct, they sell their currency and generate a profit. This is, by far, the greatest use of forex trading today, and this leads to substantial price movements throughout every day. While forex movements are not as volatile as cryptocurrencies, for example, they are an attractive financial instrument to traders looking to profit from the effects of the global market.

How do Currency Markets Work?

When you trade shares or commodities, you normally go through a broker who executes your instructions on an exchange. Forex trading is different, as it is not carried out on an exchange, but is, instead carried out directly between the buyer and seller. Such transactions take place in an Over The Counter (OTC) market.

This market is managed by a global organisation of banks which are located across four major time zones. These zones are New York, Sydney, Tokyo, and London. You can trade forex 24 hours a day since at any one time at least one location is actively trading.

Like many financial instruments which have evolved over time, today you can find three different types of forex markets. These are:

Generally, forex traders have no use to buy actual foreign currency, so they place the majority of their orders in the Forward or Future markets. Doing this saves the traders the hassle to securely store their currency until they need to sell it.

What is Base and Quote Currency?

Currencies are listed using a three-letter code, such as EUR, USD, and GBP. A EUR/USD trading pair trading at 1.10652 means that €1 is being sold at $1.10652. Should the price of the EUR increase relative to the USD, then the pair’s price is said to increase.

What Moves the Forex Markets?

Several different factors can have an effect on the values of different currencies, and entire economic and social studies are dedicated to the cause and effect of such movements. Suffice to say is that any significant decision or action taken by a central bank, government or other influencing bodies can quickly cause ripples or waves in the forex markets.

The supply of fiat currency is determined by the respective central banks. Certain processes, such as quantitative easing, provide more currency to an economy, but this can result in inflation, where the currency’s value drops.

When deciding where and how to invest funds, a responsible investor keeps his or her attention on the news. Staying up to date with the latest industry news can help you develop the right strategy to choose forex pairs which match your style, either highly volatile, less volatile or generally stable. Any event reported in the news can shake the market, either by instilling consumer confidence and raising the value of a currency or creating uncertainty and devaluing the currency.

Market sentiment is often directly linked to the news or the release of information by a government or large corporation. Traders also look to the market itself and base their decisions on the way in which they believe the market is heading.

Periodic economic information is a vital tool to forex traders as it provides a good indication of how different economies are performing. This data is also useful in order to get an indication of what central banks plan to do, such as change interest rates or set stricter rules to manage inflation.

Skilled traders will always match riskier investments with higher returns, but if a market appears to be too risky, they will avoid it for a safer environment. Credit ratings are a good indicator of a country’s economic risks, with high credit ratings given to the most stable and growing economies. A change in a credit rating, either positive or negative, can instantly affect the value of the currency used in that economy.

How does Forex Trading Work?

You can start trading forex in a variety of ways, but at its most simplistic you are always buying one currency using another currency. Before the Internet, forex traders relied on brokers, but today you can easily trade online using a forex trading platform. Furthermore, certain advanced platforms allow you to trade forex derivatives, such as CFDs.

AvaTrade is one such platform, which offers you the possibility of trading CFDs on a variety of Major Pairs. The platform is very easy to use and provides you with detailed market analysis tools and news. The platform also allows you to open a demo account in order to test the forex market without losing any of your own money.

What is the Spread in Forex Trading?

The spread is simply the difference between the buying and selling prices of a forex pair. Generally, you would look at the buy price to open a position, however, if you plan to short the currency, then your primary focus would be on the sale price.

How do Lots work?

Forex trades are standardised into lots of 100,000 units or so of the base currency. Since most traders wouldn’t invest $100,000 on just one pair, most forex trading is leveraged, allowing traders to trade on margin.

Leverage is a high-risk feature offered by various trading platforms and brokers which allows you to amplify your investment capital without needing to pay additional funds upfront. This process allows you to simply put down a deposit, or margin while benefiting from the features of having placed the full value of your investment.

How can Movement in a Forex Pair be Measured?

Forex movement is measured in Pips, which are units equivalent to a one-digit movement in the fourth decimal place of a currency pair. For example, if the EUR/USD pair moves from $1.10552 to $1.10562, then the pair moved one pip. The decimal places after the pip are called fractional pips. There is an exception to this rule which is related to currencies with much smaller denominations, such as the Japanese Yen. In such cases, a pip is the movement of the second decimal place.