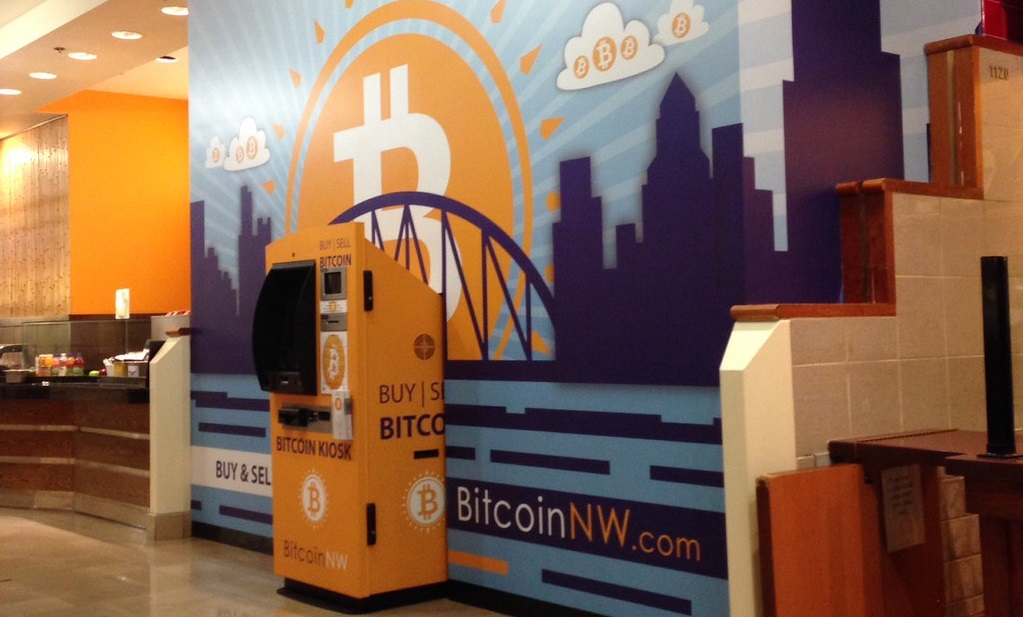 Bitcoin ATMs are a popular way to buy cryptocurrency anonymously, without needing to open up accounts and go through any verification. In most cases, it only takes a few seconds to use your fiat currency to buy Bitcoin and have it deposited in your wallet.

What is a Bitcoin ATM?

A Bitcoin ATM or BTM, in short, is a physical Bitcoin exchange where you can buy or sell the cryptocurrency using fiat currency in cash form. First appearing in 2013 in Canada, Bitcoin ATMs are today available throughout the world.

At its most basic, a Bitcoin ATM consists of:

Apart from Bitcoin ATMs, you can also find machines for other cryptocurrencies, such as Litecoin ATM and Dash.

While there are advanced ATMs able to dispense multiple cryptocurrencies and provide additional features, the most basic Bitcoin ATM exchanges cash for digital currency. Most machines do not require any KYC, although some do, however, all Bitcoin ATMs set specific buying limits to anyone user or wallet address.

Bitcoin ATMs are generally connected to the Internet and linked to an exchange or Bitcoin wallet. Oftentimes they receive live price updates, allowing users to get the most updated Bitcoin value for their EUR, USD or GBP. Bitcoin ATMs normally carry out transactions in seconds, depositing Bitcoin directly in your wallet or, in some cases, providing you with a paper wallet.

Do Bitcoin ATMs Give Cash?

While all Bitcoin ATMs should allow you to buy Bitcoin, a lesser number lets you sell Bitcoin for cash. The ones that do, require you to first send Bitcoin to a specified wallet address and then proceed to dispense your cash. While the process might take a few moments longer than buying Bitcoin, it is still much faster than selling Bitcoin on a traditional exchange.

What Fees do Bitcoin ATMs Charge?

For the convenience and speed of using Bitcoin ATMs, there is a cost. On average, this charge is about 9% of the value of your transaction, however, this is only a rough estimate, and you could easily find machines that charge double-digit percentages. Due to this significant expense, using Bitcoin ATMs is certainly not the cheapest way to buy Bitcoin.

How to Use a Bitcoin ATM

The exact way to operate a Bitcoin ATM depends on the particular machine. You would normally find the instructions attached or close to it, however, the following are the most common steps you would need to follow.

Choosing the right Bitcoin wallet in which to transfer your funds is an important step. Cold storage devices such as the Ledger Nano X provide one of the most secure and convenient ways to protect Bitcoin and over 1,000 other cryptocurrencies. Light and portable, the Ledger Nano X includes an in-built screen that updates you on transactions and two buttons to manage your options.

The best Bitcoin ATM manufacturers, based on their safety and reputation are:

General Bytes is a manufacturer based in the Czech Republic and produces the largest number of Bitcoin and Altcoin ATMs in the world. To date, the company has sold over 2,500 machines across 60 countries. Depending on the region within which they are located, General Bytes’ ATMs can support up to 120 different fiat currencies and 60 different cryptocurrencies.

Although not the largest, Lamassu is the oldest Bitcoin ATM manufacturer. Based in Switzerland, the machines are designed to support multiple cryptocurrencies, including Bitcoin Cash, Ethereum and Dash. The company offers four different types of ATMs, ranging in function and price.

Where Can I Find a Bitcoin ATM?

The easiest way to find a Bitcoin ATM anywhere in the world is to use the CoinATMRadar website. This free service allows you to enter any location in the world and filter ATMs by cryptocurrency. You can also use it to look for ATMs which specifically allow you to sell Bitcoin or dispense cash. Once you find a suitable ATM, you can proceed to the machine’s dedicated page, where you can find information regarding fees, reviews, and opening hours.

Regulations for Operating a Bitcoin ATM

The rules for operating a Bitcoin ATM legally depend on your country, so you should always seek professional advice before embarking on such an endeavour. Generally, you would need to research the following information:

Bitcoin ATMs provide users with an alternative means to become part of the crypto community and are especially useful when access to a traditional exchange is difficult. These machines are fast and convenient, able to accept and dispense multiple currencies, but they are also more expensive than alternative methods. Nevertheless, Bitcoin ATMs form part of the greater industry, providing revenue for those who operate them, and cryptocurrency to those who use them.