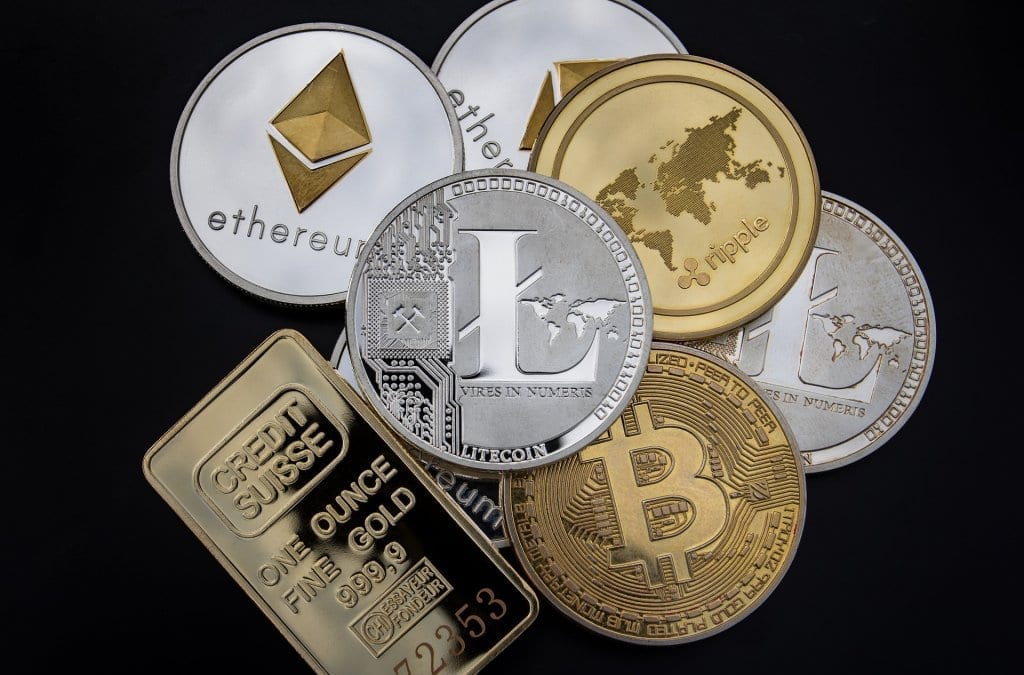 There has been a phenomenal increase in the number of tokens in the cryptocurrency world over the past two years. Initial Coin Offerings (ICOs) have become a popular way of fundraising where project teams issued tokens in exchange for funds. Decentralized application (DApp) development also increased with many of these requiring their own unique type of tokens.

It can be easy to get confused when the token ecosystem is expanding at such a rapid pace and so much token terminology is being spread around. This guide breaks down tokens to their simplest format with clear examples of what tokens are and what their roles are. Different examples from the main blockchains which operate the largest tokens will also be provided.

What is a token?

A token essentially boils down to being a digital currency, good, or service which is native to a blockchain or DApp. While standard cryptocurrencies are used as a form of digital money, tokens can have a variety of different functions depending on how they are developed. In most cases, they are designed to serve a function within whatever DApp or blockchain they operate in.

What are they used for?

The most common use case for tokens is to raise funds. Three major cryptocurrencies: Ethereum, EOS, and Tron all raised funds by issuing tokens. Ethereum issued Ether which is used to incentivise miners to keep the Ethereum network secure and also used to transfer to Gas which is used to pay transaction fees on the Ethereum network. The Ethereum ICO took place over the course of 42 days in 2014, over which Ether was sold in a price range of 1,337 to 2,000 Ether per Bitcoin contributed.

Many projects which are launching their own blockchain choose to issue tokens on an existing blockchain first. Following the success of their launch, they move on to create their own mainnet blockchain.

Another common use for a token is as a digital good or service within a DApp or blockchain. One of the most notorious examples of this is CryptoKitties. CryptoKitties is a DApp built on top of the Ethereum network whereby users trade their Ether for unique digital cats. Once users own two cats, they can breed them with each other to create a new unique cat by paying a fee to the network.

Each of the unique cats represents a token within the DApp and there is also a marketplace for the tokens where users can buy and sell different digital cats. CryptoKitties skyrocketed in popularity in December 2017 and severely slowed the Ethereum network due to the high demand for transactions. The highest CryptoKittie purchased was valued at $172,000 at the time of sale.

Tokens that operate on the Ethereum blockchain comply with a technical standard known as ERC. There are two types of tokens which can operate on the blockchain. These are ERC-20 and ERC721. These are both smart contracts enabling developers to deploy them after coding in their own specifications.

ERC-20 tokens are, by far, the most popular type of token issued. These are the tokens which are used when an ICO is taking place. They are also the kind which are used if the token is going to act as the native currency within the DApp.

The key point to note about an ERC-20 token is that they are fungible. A fungible token means that every token is equivalent to each other. Every token should have the same value when priced against Ether, USD, or otherwise.

Imagine creating a game as a DApp on the Ethereum blockchain called the HODLympics, whereby users participate in competitive games to compete for tokens and have to partake in activities to try and increase their token balances.

The HODLcoin is the ERC20 token which is going to operate as the currency for our game. Every HODLcoin needs to be equivalent to every other HODLcoin and that is where fungibility comes into play. If the first issued HODLcoin was more valuable than the later issued ones, it would not match the goals of the game.

It is the same with ICOs. When tokens are issued in exchange for funds, it would undermine the primary objective if some tokens had different values than others. It would make the fundraising process a mess and it is unlikely for investors to participate.

That brings us to the second type of Ethereum token. An ERC721 token is a non-fungible token. Every token is unique. CryptoKitties is a game which operates with ERC721 tokens. Each token represents a unique digital cat. For that reason, tokens will have different values. In the CryptoKitties games, the digital cats which were created in the first ten sold for extraordinarily large amounts with the first and fourth created digital cats selling for approximately 250 Ether each.

After conducting a year-long ICO on the Ethereum blockchain which raised approximately $4 Billion worth of Ether by the time the ICO wrapped up, EOS launched their mainnet blockchain in mid-June 2018. EOS designed their architecture to tackle some of the scalability limitations of Ethereum. EOS used a different algorithm to reach consensus over the system but there have been many concerns over the security tradeoffs of this algorithm.

Many dubbed EOS to be the Ethereum killer but it has yet to see a mass transfer of developers moving to EOS from Ethereum to build DApps. Data shows that there are about 200 DApps on EOS as of December 2018, with some of these being inactive. While Ethereum has ERC-20 and ERC721 smart contracts for developers to deploy tokens, EOS has the eosio.token smart contract.

Tron is another platform which launched as a competitor to Ethereum and to tackle some of the scalability issues. Tron also adapts the architecture of the system to achieve scalability. Similar to EOS, it adapts the consensus algorithm resulting in security concerns also being raised for this project.

Another way they have competed with Ethereum is by making the fees far less to operate a smart contract on Tron compared to Etheruem. There have been over 1600 tokens generated on the Tron blockchain but the state of DApps is still far behind Ethereum. Many tokens generated are not being used.

StellarX used tokens to provide a way for users to trade assets that were not native to the blockchain. Users of StellarX could trade and speculate on the price of other cryptocurrencies and even physical assets such as gold. StellarX achieved this by using tokens to represent the assets.

For example, if users were to exchange to gold on the StellarX exchange they would be converting to a token which represents gold. This is known as a tethered asset. Different issuers offer different tokens and the tokens are redeemable to the issuer.

The key problem with this is it poses an extra risk to the user of the exchange. The system functions well provided that there is an actual asset behind each token and that the asset is redeemable on the user’s request. Issuers may also only be holding a fraction of the assets in proportion to tokens and using the other funds to make risky investments or putting towards other uses.

The largest market cap token built on top of the Omni Layer is USD Tether (USDT), USD-pegged stablecoin. This token is a highly controversial one. The token maintains its value pegged to the USD through backing the token in a 1:1 ratio with the USD. The token has the same key problem as the tokens listed on StellarX.

There has never been a confirmation that the token actually has the USD to back the tokens. Many speculate that there isn’t sufficient USD backing the tokens and that the company behind USDT simply print more USDT to use to purchase actual cryptocurrency assets. A breakdown of the relationship with auditor Friedman LLP served to spark further suspicion.

While cryptocurrencies are a digital store of value or medium of exchange, tokens encompass an even wider role and often represent a digital good or service. The token economy has been booming over the past two years. Many DApps and smart contracts have a token central to how they operate.

Tokens have found their biggest use case so far in fundraising with over $20 Billion raised in 2018 and over $6.5 Billion raised in 2017. As the token economy continues to develop, models for valuing them and assessing their role in the ecosystem will continue to be refined.