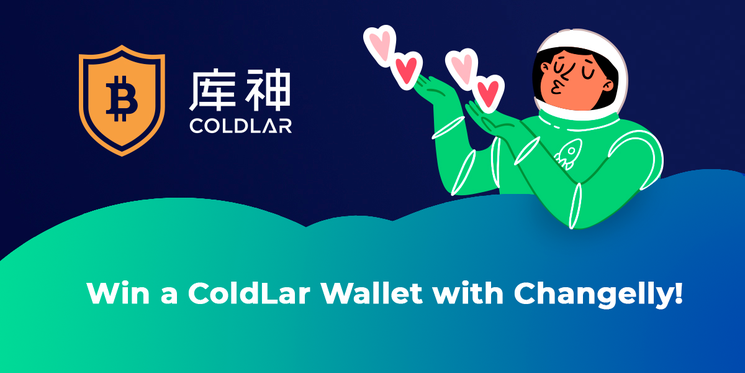 You can now win a ColdLar wallet by partaking in new social media competition hosted by Changelly.

The giveaway comes as the two have recently confirmed a partnership which will see them strengthen their business relationship in the near future. With this in mind, this new giveaway will give users the chance to win a ColdLar Wallet for just $1, which is a huge discount on the device which is typically on the market at the price of $620. As such, it is an incredibly exciting opportunity.

The ColdLar wallet itself, which is made up of a hardware device and an app, is unique as its private keys never need to connect to the internet, which helps to eliminate the risk of them being stolen by hackers. In total, there will 3 winners who will be able to snap up the latest version of the ColdLar Wallet, known as the ColdLar Pro 3.

There is a 4-step guide to follow if you want to be one of the three lucky winners, which merely requires you to get more closely involved in the two firms tech and social media. The steps are as follows:

1) Use Changelly via the ColdLar app and exchange any crypto worth $30.

Then simply complete the Google Form on Changelly’s website so that they can track your actions. When the competition ends, you will then be contacted and given the special promo code for this event which will see you get that $619 discount on the exciting wallet from ColdLar.

You have until now until Nov 13, 2019, so get downloading, get trading and then get subscribing! Good Luck!