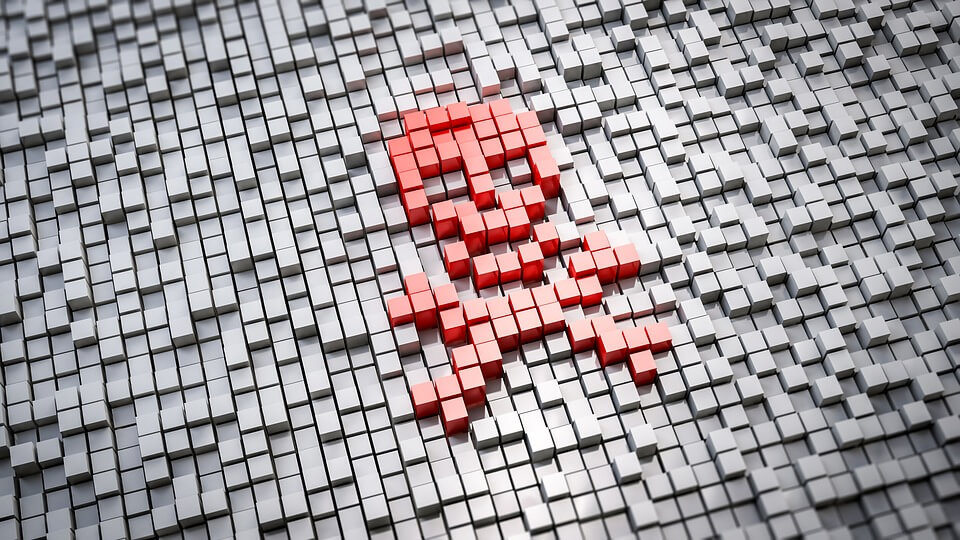 It is difficult to think of any industry where criminals do not operate in, especially one related to currency. Always on the lookout for the next vulnerable spot, pirate hackers are groups or individuals which specifically target crypto users and exchanges to try and steal their digital funds. They do this by hijacking user data to steal funds from unsuspecting victims.

While more traceable than cash thefts, catching pirate hackers is a complex challenge, as authorities normally only have a wallet address to go by. Unless they manage to link the address to a person, the investigation remains unsolved. This fact, together with the continual increase in cryptocurrency users, is seeing a rise in pirate hacking across the world.

Exchanges are Not Immune to Pirate Hacking

Unfortunately, even after having invested in state-of-the-art security systems and anti-fraud mechanisms, some cryptocurrency exchanges still become victims of these criminals. Even the biggest sometimes become vulnerable, as what happened with Binance at the beginning of 2019.

One of the largest exchanges in the world became the latest in a series of victims of pirate hackers, who succeeded in taking $41 million. When the exchange’s CEO, Zhao Changpeng, informed users that all of their losses will be refunded by the company, it brought a sigh of relief to the crypto community.

Unfortunately, the same cannot be said about a New Zealand-based exchange, Cryptopia, which was hacked in January 2019. The company couldn’t take the hit of the $16 million it lost in this attack, and following pressures from creditors it ceased all operations in May. This event left many investors and trading looking for alternatives to the Cryptopia exchange.

A year prior to Cryptopia’s hack, the Japanese exchange, Coincheck fell victim to the largest theft of cryptocurrencies to date. Yet unknown pirate hackers stole the equivalent of $530 million. In this event too, users were compensated by the company’s own capital.

Major Exchanges which have Never been Hacked

Whilst most major exchanges have fallen victim to hacks over time, there are still some who have managed to protect themselves and their users flawlessly. Such exchanges include:

The reputation held by these exchanges is one of not only being reliable, but also extremely safe. However, whilst exchanges do their bit to protect themselves and their users from pirate hackers, you also need to do your bit.

Protecting Yourself from Pirate Hackers

No matter with whom you hold an exchange account, your account is only as safe as you make it. Ensure you have enabled 2FA, and store your private keys and security passwords securely. Also ensure that your transactions are confirmed through a multisignature or more than just one key.

Another important protection tactic is to keep currency which you do not plan to use imminently in a cold storage, hardware wallet. These wallets are completely disconnected from the web and cannot be hacked, at least until you re-connect them.

What are Stablecoins Used for?

If you’re following what’s been happening in the bitcoin trading scene for the last couple of years, you’ve probably heard about the term ‘stablecoins’. It seems that the trend of creating this type of cryptocurrency has been on the rise lately, as many analysts agree, they indeed seem like a step forward in crypto research. […]

The gambling industry is just one of many that the internet has radically transformed. Gambling is no longer just for the elites in exclusive clubs, it’s something the everyman can do on his phone from the comfort of his own home. Nowadays, gambling is in the midst of another transition, brought on by the rise […]

Top 5 Cryptocurrencies To Invest In 2020

It has been another eventful year for cryptocurrency, with significant price movements amongst the top 10 tokens and plenty of heated discussion on the future of the technology. One of the year’s biggest news was Facebook’s Project Libra, which promised to bring about mainstream adoption of digital currencies. Notwithstanding all good intentions, this and other […]

Set up in 2007, eToro became a leading trading platform across the world. Offering investors access to several markets and asset classes, the platform attracts a mix of novice and experienced users, eager to generate a return from their individual strategies. Cryptocurrencies are one of the latest tradeable markets to be added to the platform. […]

Bitcoin is the world’s leading cryptocurrency, with a market cap of over $134 billion and a daily trading volume averaging $21 billion. Millions of people around the world want to get their hands on the first and largest cryptographic currency, but choosing the right place can be tricky. The web has thousands of cryptocurrency exchanges […]

eToro is one of the largest online trading platforms in the world, supporting a variety of markets and financial instruments. Along with a useful trading app and one of the most comprehensive lists of payment methods, the platform gives you access to buy and trade numerous cryptocurrencies, amongst which Ether, more commonly known as Ethereum. […]

Reasons Why Bitcoin Gambling is on the Rise

Online casinos have been pioneers of innovation and technology. Therefore it’s not surprising that a good number of online casinos are offering bitcoin gambling games. The main reasons for adopting bitcoins in the gambling industry hang on the multitude of possibilities that bitcoin affords both online casinos and gamblers. Below are the reasons for the […]

eToro is an online trading platform which has gained popularity across the globe. Known for keeping up with the latest investment developments, eToro offers investors access to a wide range of instruments and markets. This guide will focus primarily on eToro’s fees, often considered to be some of the most advantageous in the industry. A […]