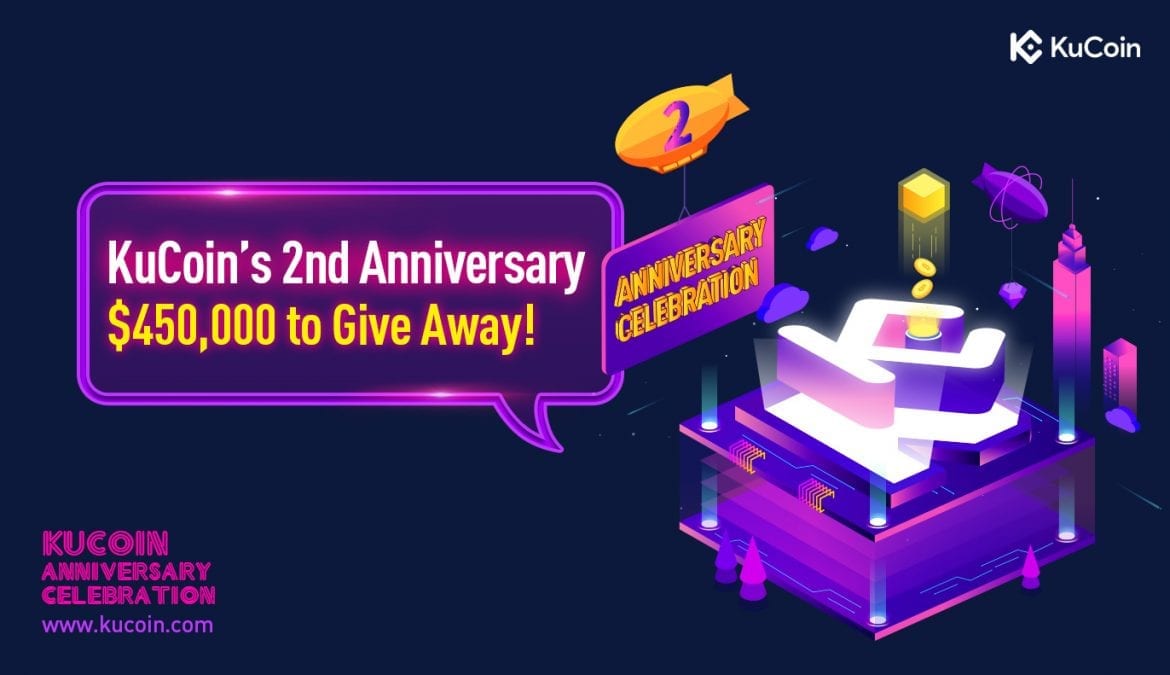 KuCoin are about to celebrate their second anniversary and they want to thanks users with a flurry of new promotions offered on a number of crypto assets over the next two weeks.

These new promotions cover a wide range of different trading options, eligibility requests and time limits. With this in mind, they should be enticing to a wide number of traders. Giving traders the chance to get their hands-on on special staking awards on VSYS, as well as the following number of tokens:

These means an accumulated total value of $450,000. And so, without further ado, let’s take a look at what is up for grabs with these promotions

The first of these promotions is for those of you out there who partake in the staking of coins, particularly those who do it on VSYS. This is thanks to their first promotion which promises KYC-verified users the chance to get a 21% annualized rate of return, the rewards of which will be awarded on a daily basis. This deal will kick off on September 20th, 2019, and go on until September 25th, 2019.

For those who don’t stake there will be the option to get their hands on other funds as part of the deal via other means. One of the easiest will be offered via their Telegram channels.

Over a series of days, red envelopes containing shares of the tokens on offer will be on awarded to members of the groups. The amounts and dates will be as follows:

Shares of these amounts will be allocated randomly into the envelopes and traders are advised to enter the Telegram groups asap, as they will be given on a first-come, first-serve basis.

However, if you fail to get your hands on these, there are still opportunities elsewhere to benefit simply by trading. Where users with the highest trading volume of certain tokens will stand to also get their hands on rewards. This is relevant for the following tokens:

Tron– The 200 accounts who have the highest deposit amounts of either TRX, BTT or WIN (deposit – withdrawal) will win themselves a share of $40,000 in rewards That $40,000 is to be distributed to the 200 top depositors of EACH of the coins, which means a total of $120,000 in rewards over the period September 16th-September 23rd.

Tokoin– 100 traders will here be able to get their hands on a share of 50,000 in rewards for reaching the highest deposit amounts. While a further $30,000 reserved for users who trade at least 500 TOKO  during the period of September 18th- September 25th .

Amino – Amino’s deal works a little bit different. With users with a net buying amount of $20,000 or more earning 1000 AMIO and the first subscription qualification to AMINO ONE, due for an October 2019 launch. Those a net buying amount of $10,000 will earn 500 AMIO and a second subscription qualification for AMINO One. This is over the course of September 17th to September 14th.

And finally, if that still isn’t enough, TRON, TokCoin and Terra all have Airdrops deals available too. These are as follows:

Head over to KuCoin now to learn more and to get involved!