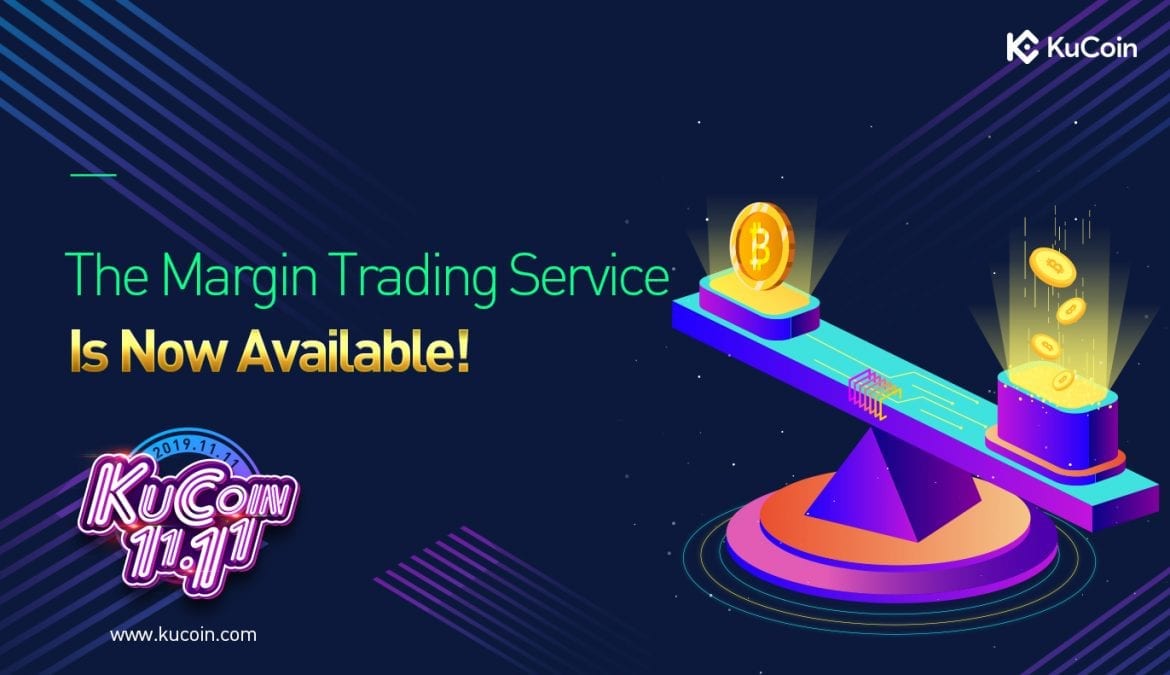 KuCoin margin trading service is officially up and running on their platform giving users the chance to now leverage positions using funds provided by other users on the platform.

As we reported on Wednesday, the platform had announced it would go live after a period of scheduled downtime on Thursday afternoon. The service is now up and running and ready for users to start margin trading at KuCoin.

How Will It Work?

As opposed to some platform’s though, KuCoin is not going to be one providing uses the funds by which to margin trade with instead, these funds will come from other KuCoin users. They have outlined the following supported coins and trading pairs that are available for your margin with their platform:

Currently, the current maximum leverage available is 10xmade available. Users also have the option to get a 20% discount when using the platform’s native, KCS token when they are paying the margin trading fees.

The system works in the same way as that which you may have experienced both at other crypto platforms or even elsewhere in other modes of investment that you might partake in. The concept is simple when you go to make a margin trade you only put forward a percentage of the funds required to reach the total value. The rest of which will be provided, via the exchange from their other users. The purposing being to allow you to invest more than you might currently have in your account, and giving you a wider range of capital.

These larger sums of capital acquired to margin trade will then gain interest that must be paid back, which be reflective of the market demand for the funds in question. This method can be used in both long and short positions. The benefits are clear. Namely, you can use these extra funds to increase profit. of course, it also means that if the milk turns sour, you will be looking at bigger losses though as not only will your percentage of the investment, but also will need to pay the interest accumulated also.

These dangers can come from market risks, price fluctuations, and other factors, as such, Kucoin“strongly recommended to be prudent about your investment actions, adopt an appropriate leverage level for margin trading, and properly stop your losses in a timely manner.” And stated that they, assume no responsibility for any losses arising from the trade.”

With this considered, with this more than other types of trading, caution is advised. However, there is a lot of profit on offer so as long you manage these investments wisely the system has large benefits for you too.

This is why it is a growing practice in the world of cryptocurrency investment, such professional sites such as BitMex have long had the option on their books, while other more mainstream exchanges like CoinEx and Binance have recently stepped into this realm of investment too.

Head over to KuCoin now to start margin trading with them!