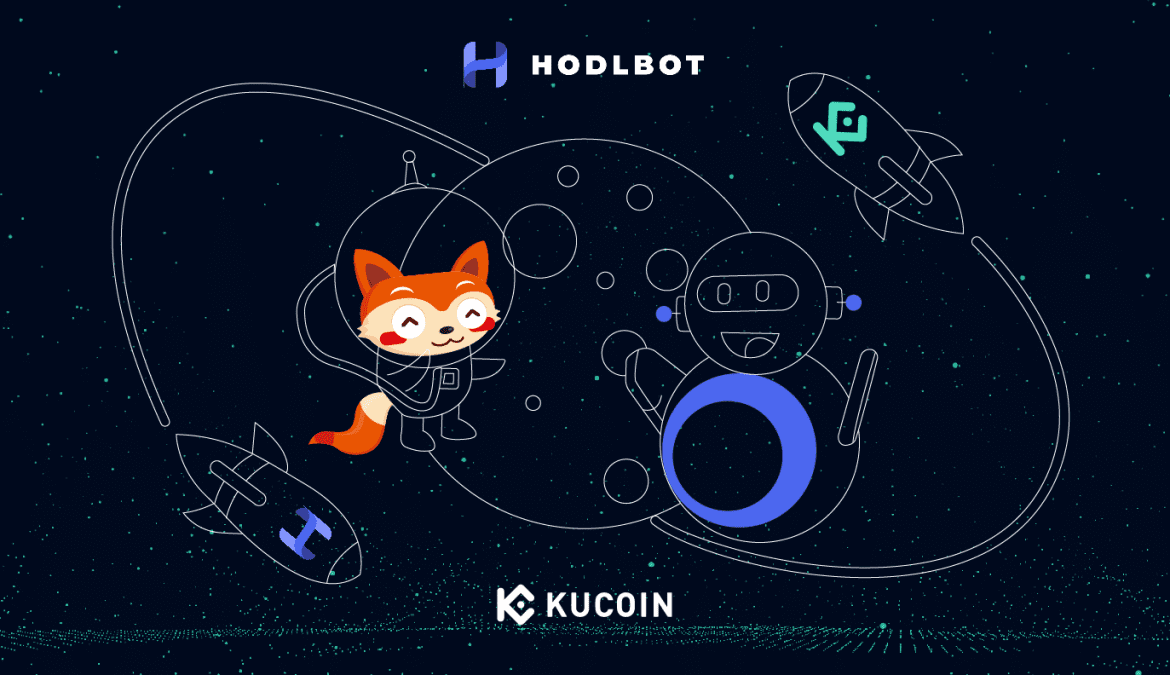 There have been 3 important additions to the KuCoin service with a new partnership, a token listing and promotion where you can share of 100,000 tokens.

The first of these updates to their service came yesterday in the form of a new partnership with HodlBot. The partnership, which has been promised to” Simplify Cryptocurrency Investing”, will see traders have the potential to link HodlBot with their KuCoin accounts. In doing so, traders will benefit from the ability to test trading strategies against historical data and then automatically deploy them.

This is because HodlBot is designed with the purpose in mind to assist with trading strategies. The application allows you to implement “set it & forget it” by choosing one of the HODL Indices they offer. These indices are diversified across the market and so you benefit from a broad exposure to the cryptocurrency market in its entirety

You aren’t obliged to use these though and you can also create custom portfolios and indexes to make your own picks. Holdbot will then automatically rebalance every portfolio to keep it on track. HodlBot is especially helpful if you are new to the world of investment as it designed to be beginner-friendly. If you want to begin using it just link your KuCoin account to HodlBot via trade-only API keys.

As well as this new partnership to expand their usability, they have also listed a new token to expand the trading options. Vid (VI) will go live for full trading capabilities today. VID is the native token of the social media video journaling app, VID, which aims to auto-generate memories for users. On the app, all videos are private unless turned public by the users.

The VI is the lifeblood of the app as those who create and share videos will be able to earn the VI tokens. They can also be earned by sharing the app and inviting others to use it. Holders of the VI tokens can then stake their earned tokens within the VI Wallet with all staked tokens earning VI+ after 30 days. VID has been self-described as a service that is “revolutionizing the existing social media industry” and “pioneering memory media.”

VID is an ERC-20 and uses a variable injection model that will ensure token usage = token supply. You can begin trading the token via pairs VI/USDT when it goes live following the following listing procedure:

From newly listed tokens now to ones that have been on the platform for a while. KuCoin will be hosting a trading competition where there will 100,000 MAP up of grabs over the course of the next week. The competition will work in the form of a holding competition with the more you hold the bigger prizes you will be eligible to win.

If you want to start holding or make use of any of the other new updates to KuCoin’s service than head over their platform now to start getting involved.