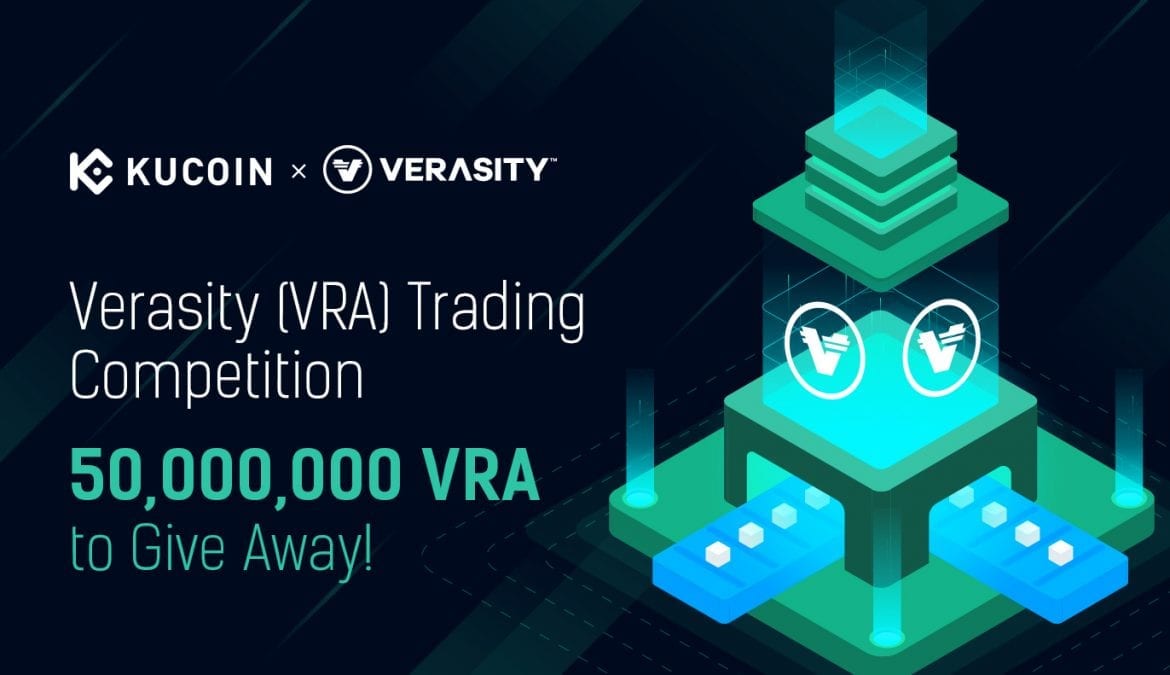 In fact, to say there is just one competition and prize up for grabs is false as there are in fact, 3 different elements of this VRA competition that contribute to the total one prize sum. These different competitions will see the top 100 traders, top 50 buying traders, and all other qualifying participants will be able to get their hands on some of that VRA that is being offered.

The competition conception has come as a mean by which to celebrate the listing of Verasity (VRA) token that has recently become the latest token to be listed at the KuCoin exchange. With 2019 seeing various other listings, particularly in the 3rd and 4th quarter, of the year. It is time for you to get involved in the celebrations and be rewarded kindly for choosing to participate, so let’s take a look at how that money is distributed and in what quantities it can be won.

As mentioned, there are 3 separate parts of this competition, with the first seeing the top traders winning a share of 25,000,000 VRA from that 50,000,000 that will be going up for grabs. These will be distributed to the top 100 trading accounts that have the highest total trading amounts of VRA. This trading amount will take into account both buys and sells KuCoin’s platform the newly listed tokens.

That total sum of 25,000,000 VRA will then be distributed in proportion of the amount that the participants have traded. As such, you will be rewarded in kind for the amount you trade and the more you trade, the bigger the prizes. The sum by which the reward for top 100 will function is each user’s total trading volume / Top 100 users’ total trading volume × 25,000,000 VRA

The second prize offered as part of the competition will be distributed to those who have achieved the highest net buying amount. The top 50 users will be made based on buys – sells – withdrawal.

There is one final award of 5,000,000 VRA will then be distributed among all the other participants of the competition. As such, you do not have to be in the top-level traders in order to still win yourself a prize. However, there is a qualifying amount that you need to trade in order to be eligible.

This amount will be that you have a total trade volume, made up of buys and sells, of over 100,000 VRA. You will need to reach this before the end of the trading competition to be in with an equal share of that of 5,000,000 VRA