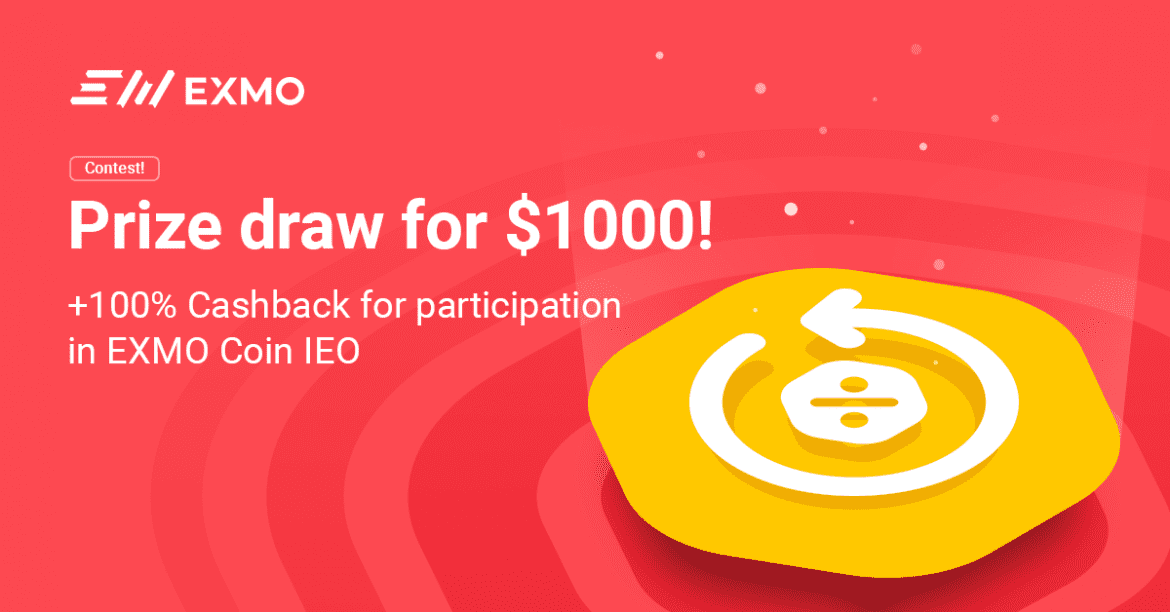 The third and final IEO round for EXMO’s native coin, EXMO Coin (EXM) is scheduled for next Wednesday. In anticipation of this, the platform has announced important details about how and where you can get involved, as well as new incentives to do so.

As previously reported, EXM is ready for its final IEO round before it becomes formally listed on their platform and becomes available for regular trading. As such, it is an exciting period for the platform not only because of this but as it will coincide with another new update to their service, the launch of their mobile app.

With this considered, EXMO are hoping for it to be a success and much like for the second round, they have aimed to make the experience as trader-friendly as possible. In fact, even more so.

One of the key things to note about this round of the sale is that there is the option for both cashback up to 100% of their investment and a prize pool worth $1000 up for grabs. Of course, to get involved in this you will simply need to participate in the IEO.

For those interested in the prize pool, it is most straightforward as you will only need to buy any amount off EXM during the IEO. Once the sale has ended, all those who have so will be entered into a prize draw and a via a randomizer. 10 will then be selected for a prize of $100 or more, simple as that.

While the 100% cashback will be for those who invest a bit more into EXM, namely to the figure of 1BTC or more. If you want to commit more seriously to EXM then you could get all your money back when the sale ends as the platform will select owners of three biggest investments to get the prizes.

As such, you could come away from the IEO $100 richer just by participating, or even walk away with thousands of dollars’ worth of EXM for nothing as the funds would have been reimbursed. Providing even more reasons to want to invest in EXM when the time comes.

While these are two incentives to invest, another element at play in the lead-up to the IEO is the fact that you can fuel your account in anticipation as commission fees have been eliminated in the build-up. From now until 17th November 2019, the day before the sale ends, you will able to deposit to the site for free.

While there will be a cost upon the initial deposit, this will then be reversed within 3 working days of doing so and you will get your funds back. While those who use Enfins, where deposits are already free, then you will get compensated 2% for investing to your Enfins wallets on the dates in question.

As such, there is no excuse not to have the funds at hand the IEO goes live next Wednesday!

One final thing to consider is that unlike with the other EXM IEO rounds, this one will take place on several platforms simultaneously. Of course, one of these is EXMO, but another big-name hosting the IEO is Livecoin but there is due to be a number of others too. Giving a wider range of accessibility to users. After the IEO has finished, the tokens will then be simultaneously listed on these platforms.