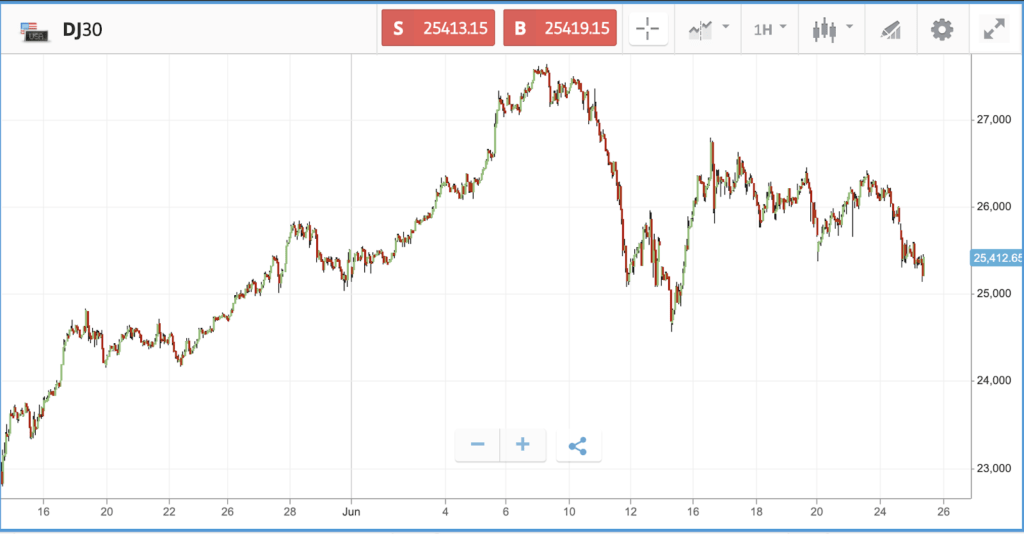 While optimism was returning to the market following moves to ease lockdown, eToro has today alerted users of a “market retreat” amid fears of a second wave. Content does not apply to US users.

This follows news that there have been spikes in Covid-19 cases in heavily populated areas of the US like Arizona, California and Texas. In the wake of this news, the decision was taken by them to halt “any re-opening of their economies”. As a result of this, investors have been described as “spooked” and this fear has caused stocks within the US to drop in value.

This has affected several major players, including Apple, who have closed some of their stores in the wake of the uptick in cases, while Walt Disney Co has had to delay the opening of its California resort. Meanwhile, large airlines, who have been suffering since the virus began, have had to consider alternative revenue schemes to help weather the storm which is now looking likely to continue.

According to eToro’s figures, “The Dow Jones fell hardest on the day, down 2.7%, while the S&P 500 was down 2.6%, led lower by companies that stand to be affected by new infections”. If you want to learn more about the situation, follow other investors in their reaction to the second wave, or bet against the tide, eToro is the place to be.