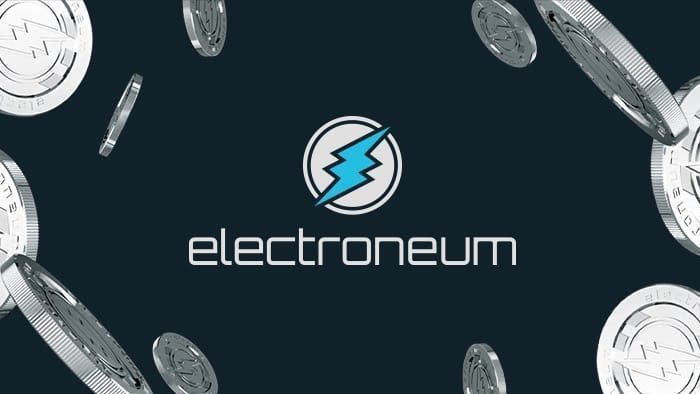 Launched back in 2017, Eletroneum is a cryptocurrency that has grown quickly in its short history. The token is being held and used by a breadth of different people across the world already – with over 3.4 million registered users – and seeing continuous expansion over the last two years which looks set to continue.

Dubbing itself as the “mobile-based cryptocurrency”, this provides you with the first insight into the concept that the asset revolves around. Its focus is on creating a mobile payment system that uses cryptocurrencies. However, this merely scratches the surface of Electroneum’s services.

Its full list of proposed features is much wider. Offering plenty of potential for those looking to use it for their day-to-day purchases, those looking merely for an investment option, and helping people across the world who do not have access to traditional finance systems. With this considered, Electroneum is unique in its business-model and use-cases.

Their main focus is on creating a digital currency ecosystem where you can pay via mobile device, giving users more freedom and accessibility. More specifically, they are hoping to provide a way for those without a bank account to have payment services more accessible to them.

According to their website, there is an estimated 1.7 billion unbanked people worldwide, meaning people who do not own a traditional bank account. It is these very people Electroneum hopes to cater to via their cryptocurrency and, as they aptly put it, “unlock the global economy”. This is where their mobile-specific business model comes into effect.

This is because their system allows users to store, send and receive digital funds via their smartphone alone. This eliminates the need for a bank account, which may be hard to acquire for some people across the world. Whether that be due to an unreliable banking system in their jurisdiction, limited resources in which to set one up, or any other reason.

Essentially, this means providing an alternative to traditional banking models – something that the world of cryptocurrencies and blockchain have long centred their functions around. Whether this is because of an unreliable banking system in many regions of the world or limited resources in which to set one up. In any case, Electroneum most certainly offers a more hopeful and easily accessible of payment methods.

What’s more, Electroneum’s approach to these systems is one that is unique when compared to the rest of the blockchain industry. Notably, it is because it is not profit-orientated. Instead, it is run by Non-Governmental Organisations (NGOs) who benefit from earning block rewards in the form of Electroneum token, ETN. These can then go towards furthering their own charitable initiatives.

With this considered, the core emphasis of Electroneum is one that is focused on helping others. Another way in which this stands to be true is by means of their ecological approach to business. It is said that to run Electroneum’s thousands of daily transactions it requires the same energy as that of just one lightbulb.

A Note on its Current Performance

While it has maintained its position as a top 100 cryptocurrency, ranked 92nd by Coinmarketcap, it very recently suffered an all-time low value of $0.003080 USD, recorded at the end of last month.

And while 2019 has proven to be a rough year, where it suffered a steady decline in value, it’s worth pointing out that many of other assets on the market achieved similar results towards the end of the second quarter. Indeed, the entire market saw a downturn, many crypto assets, including big players like bitcoin, saw a decrease.

Despite its shaky performance, we are still hopeful. In fact it has picked itself up from that all-time low value. Electroneum is hopeful that 2020 will be the year in which it will make up some of the lost ground suffered over the past year.

The loss in value this year is somewhat surprising, especially considering expansions to new markets such as growing crypto nation, Brazil, the listing on the big-name platform, Huobi, and the recent recruitment of former Unicef and Amnesty International director, David Bull CBE, in an advisory role at the firm.

Although the latter of these is a more recent update to the platform, it might be a bit early to predict the exact impact on the firm. It is expected that there will be an important asset to the firm and their philanthropic ventures going forward.

This was alluded to by the Eletroneum CEO, Richard Ells when Bull joined the firm. Ells stated that “he is here to help further our vision to help millions of people in developing countries and to broker deals with corporations and the most successful organizations in the world”.

His presence aside, the platform has already announced a list of upcoming features for 2020, which also could have a positive effect on their progress. Specifically, there have been four imminent-for-launch features that could help turn their fortunes around.

These are the launch of full instant payments, and the launch of GigFair, which is described as “a fairer online marketplace”. Also, they will be launching a vendor directory and a merchant education programme, known as ETN Everywhere

Time will tell whether these features and the recruitment of Bull will be determinants on their market value, their potential for future investment, and the hopes for their initiative to be successful and fruitful. Our team here at Cryptimi are certainly confident about Electroneum’s prospects for 2020.