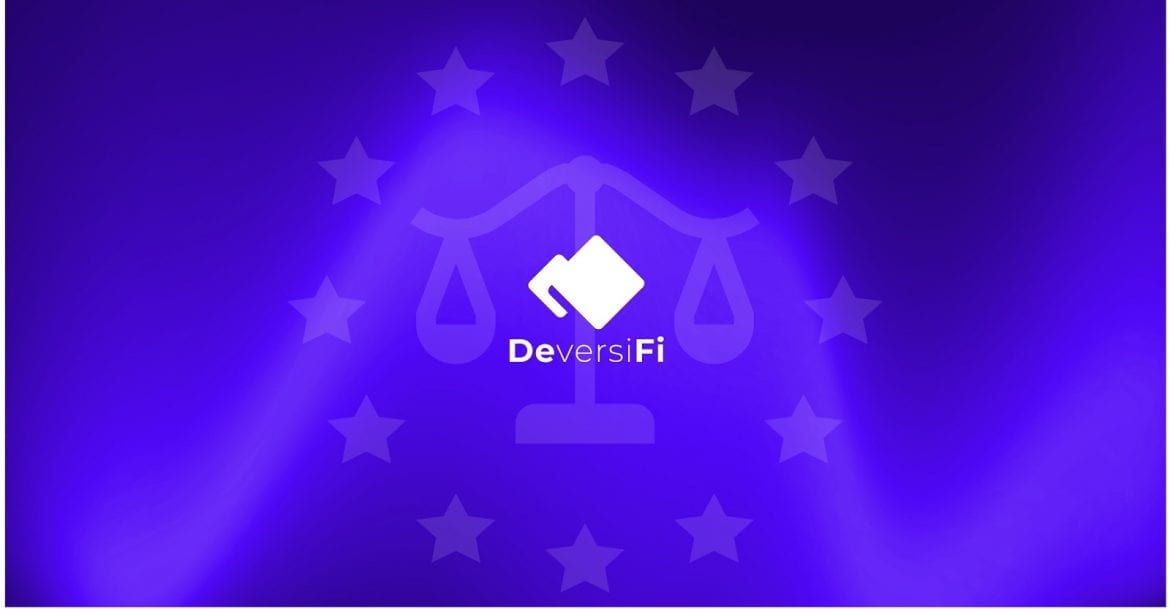 After re-branding from Ethfinex officially earlier this month, DeversiFi has flown to Brussels in order to assist a new EU Commission division that focuses on the regulations to involve crypto assets and blockchain.

They took aboard this role due to their being members of the blockchain advocacy, education and communications organisation, DAIA (Digital Asset Industry Association), described by the platform as the “Voice of The Global Digital Assets Industry”.

They met up with a division of the EU, known as the Directorate General of Communications, Networks, Content and Technology, which strives to build on their existing knowledge of the blockchain industry, how it functions and how they can better regulate it.

These discussions following what has been described as the “Cambrian Explosion”. Whereby, the expansion of crypto firms and technologies has expanded at a rapid rate over the last couple of years. This has drawn the attention of countless big-names in the business and financial world, not to mention, whole governments, such as Germany, Switzerland and much further afield too.

Naturally, the EU are also one major organisation looking to understand better how it works, and who better to hear it from than the horse’s mouths itself. Thus, the meeting took place between DeversiFi, as well as a series of other blockchain and crypto-focused organisations. Ultimately, with the goal to seek to create “crypto-friendly regulatory frameworks that serve to encourage and not hamper growth.”

Ultimately, Deversifi has outlined three main key talking points which are as follows:

However, it is expected that this is just to be the beginning of future discussions and conferences surround the world. Not to mention a whole new era in the Ethfinex story, as they progress to on and become their own autonomous exchange platform.

If you are yet to experience what the DeversiFi has to offer, then you should check out their platform now or read our coverage of their new-look platform to see how why they have changed and what it bodes for their future as a cryptocurrency exchange.