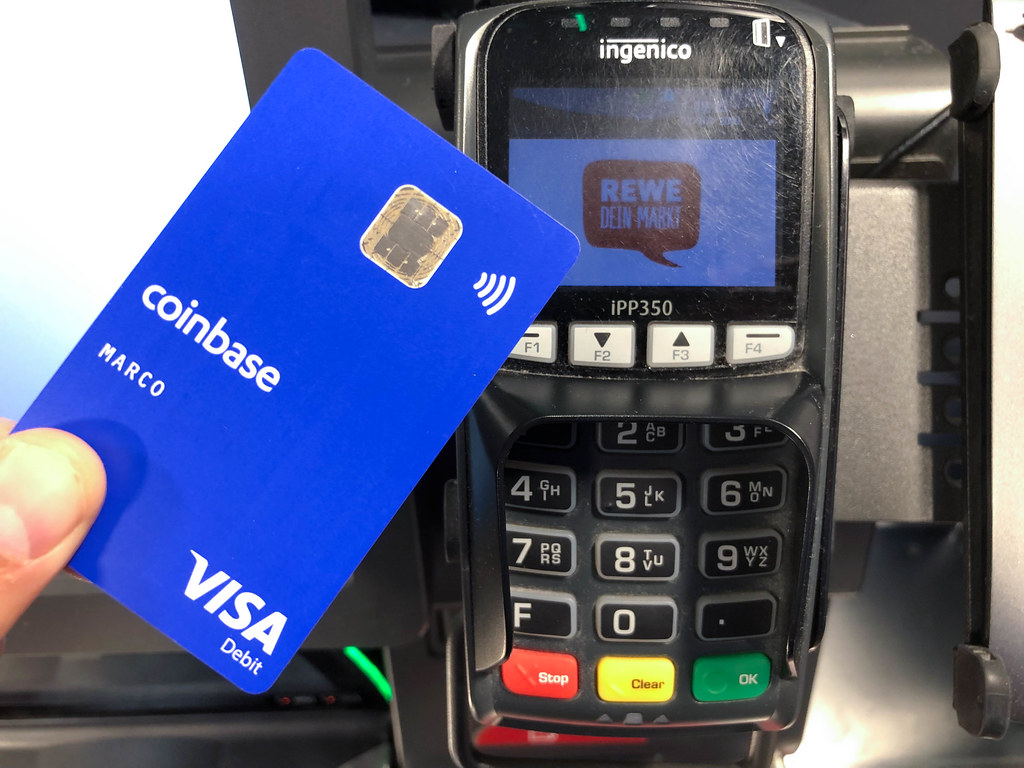 Dai, one of the world’s most significant stablecoins, has just taken a further step which could help it replace traditional fiat currency. According to a news release issued by the popular cryptocurrency exchange, Coinbase, the platform’s debit card will now be supporting Dai as payment currency.

Coinbase’s VISA debit card has only been launched in 2019, but has proven to be rather popular. Currently, it is only available to residents within the EU, including the UK. The card, which can be used online and in-store, already supports Bitcoin, Ether, Litecoin, XRP, Basic Attention Token, Augur, Stellar Lumens, and 0x currencies. Dai will represent the card’s 10th asset and first stablecoin.

With the announcement of this new partnership, Coinbase Visa holders who live in Europe can start buying goods and services and paying for them with their Dai currency. In this way, the stablecoin will be one step closer to fulfilling its primary goal; to allow users to use stable cryptocurrencies as an alternative to traditional money.

With each Dai worth around $1 USD, using the currency will provide significantly less surprise or regret than using a volatile currency, such as Bitcoin or Ether. As a result of their high volatility, these cryptocurrencies have proven to be very attractive to day traders and investors, whereas coins such as Dai have been mostly overlooked by such individuals. This has helped their price remain stable, whilst other currencies skyrocketed or took a dive.

The move by Coinbase to adopt Dai within its supported currencies comes partly as a result of a rebranding exercise. In fact, the coin’s development team has been hard at work promoting the “dollar coin’s” image, which is easily relatable by those external to the crypto community.

Is Dai the Future of Cryptocurrencies?

It is hard to tell at this stage what effects, if any, Coinbase’s announcement will have on the use of crypto as the currency for online and in-store sales. However, Dai has a distinct advantage over the US dollar – it already exists within Blockchain technology.

Only recently, the U.S. Treasury Secretary, Steven Mnuchin had dispelled any rumours that the dollar was going digital. In fact, Mnuchin has confirmed that there are no plans to put the United States Dollar into the Blockchain in the short or medium terms. This means that users would have to turn to cryptocurrencies to purchase goods or services, such as decentralised applications and smart contracts, which only function in a distributed ledger.

While thousands of cryptocurrencies exist, Dai is considered to be a potential frontrunner, in part due to its stability, but also because of its close association with Ethereum. Moreover, it is easily accessible, available not only from Coinbase but from several other cryptocurrency exchanges and trading platforms.

As Bitcoin breaks $12,000 per BTC, market sentiment for Bitcoin is at a yearly high. After just breaking through the major resistance level fo $10,000, Bitcoin has shown no signs of slowing down as it breaks the $12,000 barrier today. This bull run and market sentiment is applying to other major cryptocurrencies, such as Ethereum […]

Binance, the largest cryptocurrency exchange worldwide, update their followers on the state of the market in July, including the fact that the top 10 performing coin futures contracts on Binance gained at least 45%. Binance has released their monthly trading report to their users with a lot of very positive news. The first key takeaway […]

Changelly has released their monthly report highlighting the most impact decisions of the month. The largest announcement that Changelly has made this month is the introduction of Changelly PRO, a fuller feature cryptocurrency exchange that will allow Changelly users to “expand their boundaries of the daily trading experience”. This is quite the expansion from Changelly’s […]

Changelly, the popular CFD trading platform, is focusing on providing educational material to the crypto community and wants to showcase the state of Bitcoin mining in 2020. The break down the most reliable Bitcoin miners of the year. Bitcoin mining, or validating transactions on the Bitcoin blockchain, is the backbone of the decentralized ecosystem that […]

LocalBitcoins, the peer-to-peer platform set up to facilitate in person Bitcoin trading, has released their 2019 financial statements. LocalBitcoins, the most popular peer-to-peer platform for users to finds like minded individuals to do in person trading with, announced and released their 2019 financial statements in July. LocalBitcoins reported that they brought in an annual revenue of […]

Zcash Is Now Available On The eToro Exchange

Zcash, one of the most popular privacy based cryptocurrencies in the space, is now available for trading on eToro. Zcash was initially launched in 2016 by the Electric Coin Company, and is supported by the Zcash Foundation, a public charity. Zcash has the goal of bringing privacy to the blockchain. As a hard fork of […]