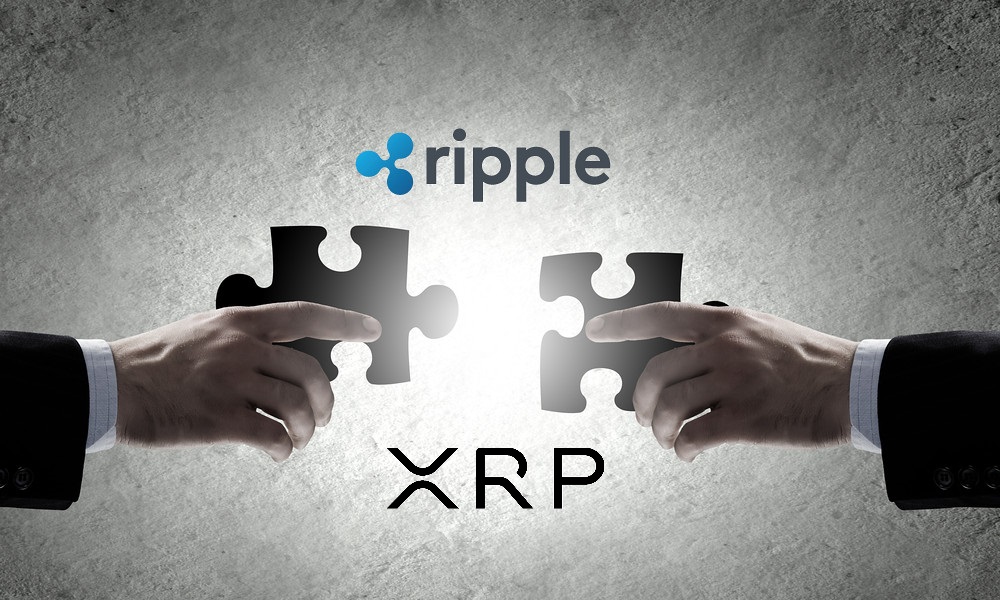 It might surprise you to learn that Ripple and XRP are actually two completely different and separate entities. This might be surprising to hear since most guides and news use the terms Ripple and XRP interchangeably. The following guide will help you distinguish between the two, and understand how they interact and what their future holds.

Ripple is a US-based tech startup, and currently the majority holder of the XRP cryptocurrency. This company is responsible for the development of software which allows banks to carry out global transactions in a fast and efficient manner. They accomplish this by using an infrastructure powered by XRP, and since numerous prominent financial institutions utilise this system, both Ripple and XRP grew in popularity.

The business, which was founded in 2012 in San Francisco, was originally named OpenCoin, before eventually changing its name to Ripple Labs three years later. Using Blockchain technology, the company’s goal is to offer frictionless payments to both banks and their end clients. Ripple is able to offer these financial institutions a solution for reliable, instant and cost-effective money transfer, all over the world.

This global network is called RippleNet. It counts, amongst its prestigious clients, institutions including Deloitte, Royal Bank of Canada, and Santander.

Ripple Labs has expanded its operations globally, and today operates offices in New York, Sydney, London, Singapore, and Luxembourg. The business obtains its primary value from its XRP ownership of around 60 billion tokens from the total 100 billion supply.

In order to manage the currency and prevent it from losing its value, Ripple keeps around 55 billion tokens securely stored in an escrow account. From this balance, the company can only release up to 1 billion tokens per year, however, it has yet to ever release such an amount.

In addition to XRP and RippleNet, the company’s other significant products are xCurrent and xRapid. These products allow financial institutions to settle cross-border payments in seconds, whilst also facilitating easy and quick fiat to XRP conversions.

XRP is a cryptocurrency which powers all transactions on the Ripple Network. It is based upon the XRP Ledger technology which forms the basis of the Blockchain within which the XRP token exists. This Blockchain is decentralised, which means that it is managed by a community of nodes, with no central organisation. XRP exists independently of Ripple Labs and would continue to do so, albeit with a lesser value, even if Ripple were to disappear.

While some form of XRP has existed since 2004, it was the 2012 protocol which made the cryptocurrency which is in circulation today. In many ways, XRP connects different fiat currencies and is also used as a source of liquidity.

The primary purpose behind XRP is to facilitate point-to-point money transfers on the Ripple Network. Similar in certain ways to Bitcoin, XRP was developed to overcome Bitcoin’s scalability issues. As a result, payments with XRP are faster and cheaper than those made with Bitcoin. XRP transactions take around 4 seconds and the system can support up to 1,500 transactions per second.

Although the developers behind Ripple and XRP are the same, the cryptocurrency exists on an open-source system, and anyone can buy it using one of the numerous platforms which support it. The value of XRP is derived from the perceived supply and demand of the currency, just like most other cryptocurrencies. Although Ripple Labs owns around 60% of the total supply, the remaining 40% are influenced by open market processes.

Over the past couple of years, Ripple’s ownership of such a significant portion of XRP tokens has raised concerns over impartiality and transparency. Cryptocurrencies are supposed to be completely decentralised, but as things stand, only around 40% of the currency is truly so. The primary concern of most within the community is that Ripple Labs uses its ownership of tokens to successfully influence the direction and scope of the cryptocurrency, without the input of other users.

If the general crypto community does not trust XRP they would use alternative cryptocurrencies, reducing its value. This result would have a direct and negative impact on Ripple, so the software company has invested in a rebranding exercise to distinguish between the two entities. This exercise was also required as both companies continue to be scrutinised by several regulators and financial institutions.

The first result of this rebranding was, unsurprisingly, a new logo for XRP. This will make it easier to visually distinguish between XRP and Ripple.

Were there Any Repercussions?

Generally, this rebranding exercise has proven to be successful, since a clear distinction between the two entities is a move in the right direction. Regulators have had more than a few instances where they needed to understand the dynamic between Ripple and XRP, not least due to legal cases involving the software company.

The rebranding exercise is primarily aesthetic rather than operational. Therefore, both xCurrent and xRapid won’t be affected by it. For starters, xCurrent does not use XRP. xRapid, on the other hand, uses XRP as an exchange mechanism, not to store value.

Making it clear that XRP and Ripple are separate and independent can also have a positive long-term effect on the price of XRP. More people would be drawn to the currency since most concerns about impartiality would have been addressed. Amongst these potential users are institutional investors who might have already had an interest in the currency due to its links with reputable financial institutions.

Another concern about separation, that Ripple Labs might dump its stock of XRP onto the market, thus significantly lowering the currency’s value are highly unlikely. The company understands the value stored within its XRP tokens so it would be highly irresponsible and financially damaging to flood the market and lose such a valuable asset for no reason.

XRP today ranks at the third-largest cryptocurrency by market capitalisation, just below Bitcoin and Ethereum. This marks a significant achievement for any digital currency and proves that interest in the long-term viability of XRP is strong.

Where to Buy XRP

As one of the primary cryptocurrencies in circulation, XRP is available on a variety of cryptocurrency exchanges and trading platforms.

Bitfinex is one of the largest cryptocurrency exchanges in the world and was amongst the first to offer XRP to its users. Today, the platform boasts the second-highest XRP trading volume, which means liquidity is never a concern. Apart from offering a user-friendly interface and mobile applications, Bitfinex supports both fiat to crypto transactions, as well as crypto to crypto transactions.

eToro is a global trading platform known for offering both cryptocurrency Contracts for Difference and crypto-assets. Offering a comprehensive list of payment methods and supporting a diverse range of currencies, eToro ranks amongst the best platforms for whoever wishes to invest in XRP and other currencies. In addition to offering extensive charting tools and resources, the platform has also perfected the social trading process, allowing you to emulate trades of other users.

Bitpanda is a European exchange which allows you to buy XRP using a debit or credit card. Whilst numerous exchanges support cards, Bitpanda is amongst the few which do not charge any deposit fees when you opt for this method. In addition, the platform only requires small deposits and offers users a free, in-built wallet to store your XRP.

Together, Ripple and XRP have grown to become well-known players in the cryptocurrency and Blockchain spheres. One has allowed financial institutions to revolutionise their payment processes, while the other provided the necessary resources to make it happen. Although both entities work closely together today, there is no intrinsic bond which makes them indispensable to each other. Both have the necessary unique proposition to succeed independently, and this is a fact that more people and regulators are getting accustomed to.