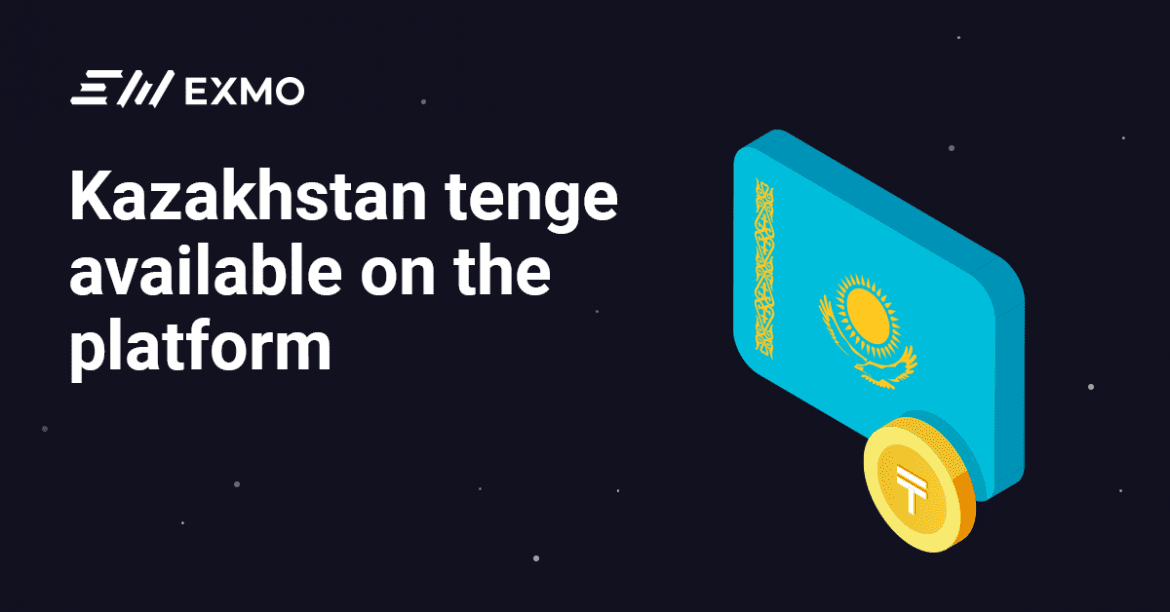 EXMO has added to their fiat currency trading options with the inclusion of the Kazakhstan Tenge which became available on the platform earlier this week.

EXMO were already one of a limited number of platforms that offer Polish Zloty, Ukrainian Hryvnia and Turkish Lira, but the decision to choose the Kazakhstan Tenge (KZT) is likely the most interesting one so far. This is considering the low profile of Kazakhstan on the global market with the country not regularly associated with cryptocurrency trading.

However, there have been murmurs from the country in the last few months. Notably, in December, news came from the country that they would not be taxing cryptocurrency miners. While the Netherlands-based blockchain firm, BitFury has also been linked with Kazahkstan in the past 12 months.

With this considered, they aren’t as much of a dark horse as you might think and there is certainly a market for crypto-related projects in the nation. In fact, according to the EXMO, the decision to add the new fiat option to their platform came as a result of a significant number of their Kazakhstan community requesting that their national currency being added to the platform.

Maria Stankevich, Business Development Director at EXMO, stated that “in response to the numerous requests of the Kazakhstan cryptocurrency community, we decided to expand the available fiat methods and add a new trading currency – Kazakhstan tenge (KZT),”

Kazakhstan is also not as small as you might think either and in fact, has a population that exceeds 18 million people. This makes it the 11th largest European country. As such, it is a stroke of genius from EXMO, as they will now likely become the go-to source for any crypto investors from the nation.

This will no doubt help further cement their spot as the most popular Eastern European trading platform and further raise their revenue. However, this is not the only way by which the platform has indicated that they may be setting their sights on Kazakhstan and developing business in this area.

Upon alerting users of the fact that KZT will be made available to users, they also stated that they will run a series of trader educational events for their Kazakhstani community to further raise both their own profile and the general profile of cryptocurrencies in the nation.

However, ahead of these educational events, Kazakhstani users can go to EXMO and buy either Bitcoin (BTC), Ethereum (ETH) or Tether (USDT) without the need for third-party conversion. This can be done using a Visa/Mastercard. Bear in mind, that there will be fees in place and you should refer EXMO’s commissions and limits page for full details on that.

It will be interesting to see whether EXMO are going to be the only firm to throw their hat into this area of the world, or whether Kazakhstan might be the country to look out for in 2020.