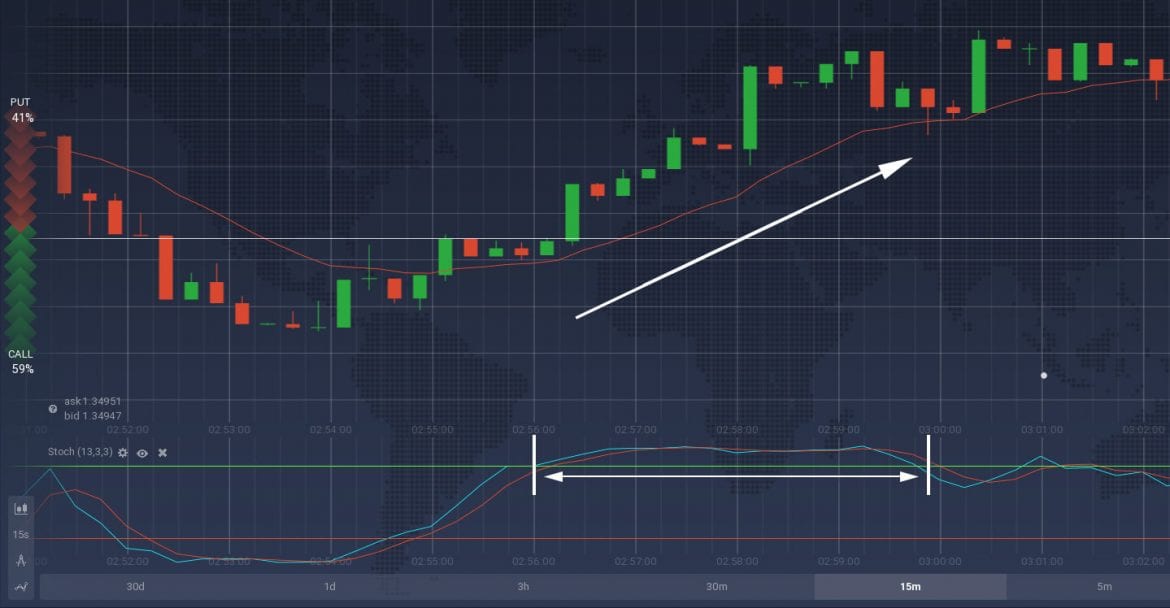 IQ Option has released their latest guide which helps them understand how to use the momentum-type indicator, Stochastic Oscillator.

Developed in the 1950s, the tool can be used as a means to judge oversold or overbought position, thus helping them to predict the future of an underlying asset. This can, therefore, provide the information investors need to judge when to enter or leave a market – as well as understand and predict trend reversals.

As described by George C. Lane, who developed the tool, the Stochastic Oscillator, “the indicator doesn’t follow price, it doesn’t follow volume or anything like that. It follows the speed or the momentum of price. As a rule, the momentum changes direction before price.” The specific function of the indicator is that it will return the ratio between the last closing price and the high-low range over a time period set by you.

The way that it does this is during the uptrends, the price will be above the previous period’s closing and vice versa.  As such, the fundamental is simple enough to understand. In terms of the practicalities, there are a total of 4 lines to consider. Two horizontal and two moving average – fast and slow ones. The fast line has a default period of 3 and the slow MA has a period of 13.

They also note that when it comes to an upward price rally, is doesn’t necessarily mean that a Buy position should be opened. This is because securities can remain overbought for a relatively long period of time. There are two ways that the tool can be used when you are trading. The main way is using it to decipher overbought and oversold levels.

Sell signals are indicated by the slow and fast moving averages being above the overbought signals. This means that the market is likely to become bearish. Moreover, if the fast MA crosses below the slow MA it could also be a sign of downtrends on the horizon. If these slow and fast moving average are below the oversold level, it indicates potential bullish behaviour. When the fast MA crossing is above the slow MA, it could also indicate future uptrends.

The second, less common use of the Stochastic Oscillator, is for divergence. If the indicator and the price action are moving in a different direction, it is perceived as a signal of an upcoming trend reversal. These divergences might also be both bullish and bearish.

Of course, the use of Stochastic Oscillator is, in the same way as all indicators, not 100% successful and should be used alongside other techniques too. Go to IQ Option to start implementing the tool or read some of their other guides that they can use alongside it.