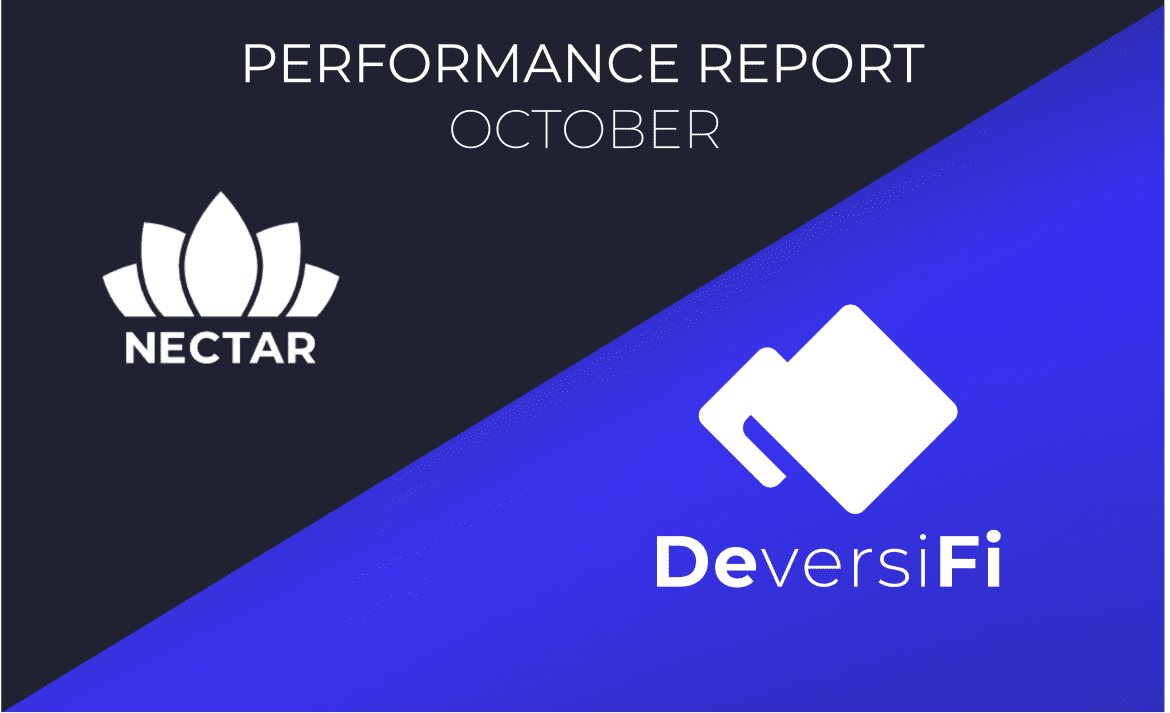 DeversiFi, the re-brand of popular platform Ethfinex, yesterday revealed the details of their first-month operations in their new format.

Already the new-look platform has set about making its presence known in the world of cryptocurrency and blockchain. At the end of September, they assisted an EU commission that focuses on digital asset regulation, before last month, launching their first main internal venture known as the Trust Community which hopes to further the widespread implementation of their Nectar token, plus a new whitepaper recently released for community review detailing the future of the token.

As such, they have been eager to hit the ground running and now, with the release of this first set of data we see the level of success witnessed so far as a result of these first steps in DeversiFi’s history and what’s on the horizon.

The elements they discussed in the new report focus on their KPIs, which are reflective of using volume and customer numbers. What they have so inferred is that have so “proven its appeal only to a small number of niche customers, particularly doing specialised arbitrage trading.”

Seemingly stating that progress has so far been slow. However, of course, it is early days with the new-look, new-feel site and so this is to be expected. According to the platform, the plans are to slowly roll out regular updates about their clientele, and level of customer satisfaction.

When they launched, Deversifi stated that this led to them to create a whole new legal, regulatory and numerous other frameworks which a new business needs. This they have so far achieved, but they are not yet done, it seems. With the platform outlining a three-part short-term plan that encompasses, performance improvement, scaling technologies and new features.  These break down as follows.

Furthering on the work of Ethfinex Trustless, a ‘hybrid’ exchange that offered decentralised custody, Deverisfi are hoping to fine-tune this formula.  This will further the project to one that is much for fit for purpose with the following element stated to be incorporated:

The main element that this involves is the result of a new partnership with StarkWare, a firm whose technology’s aim is to bring a trustless setup, bringing privacy and scalability t. The key element this allow Deversifi is to acquire the rate of trade settlement required for the large userbase they are hoping to draw in. However, more details are set to emerge concerning this in the coming weeks which users show stay tuned for.

As well as these new features, which are other changes that will benefit users at a Marco level, these concern a proposed Margin Trading service, scheduled fee change, the launch of what they have referred to as the world’s largest DAO due to go live in December.

In terms of their native Nectar Tokens, a plan to burn a large number of them is also on the cards. As such, there is plenty to look forward to at Deversifi in the coming weeks and months.