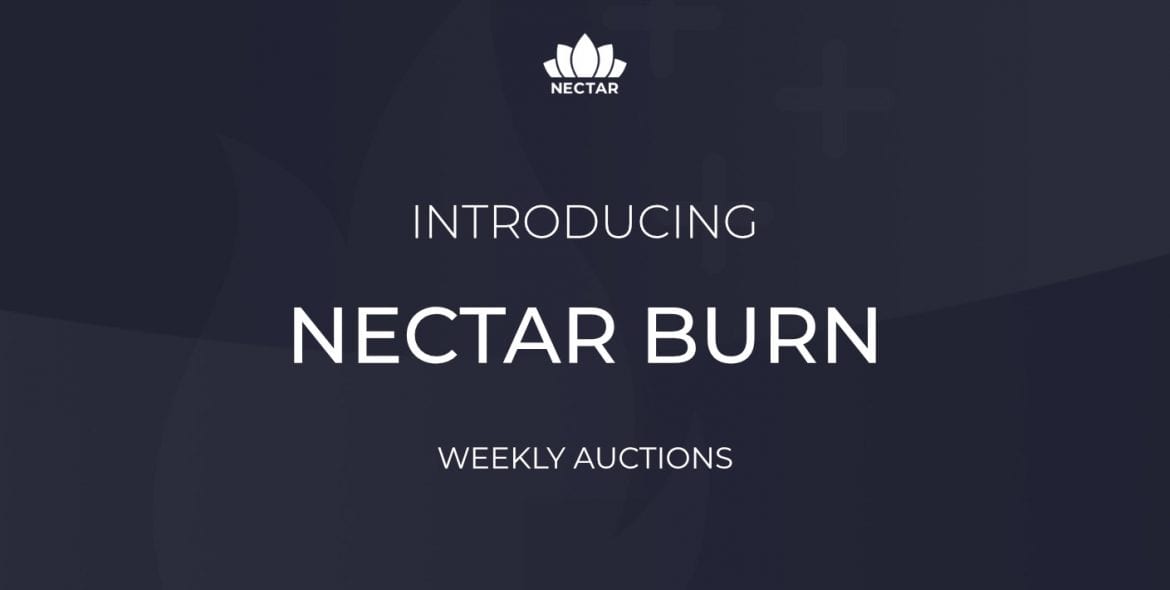 DeversiFi yesterday began the process of NecBurns which will be how the platform plans to conduct burns of their native token, Nectar.

As many people involved with exchange platforms and who aware of the concept of native tokens that are offered by some of them will know of the recurring burns of these tokens. These burns are commonly used as a technique to ensure the value of their tokens are maintained and thus the desire for their tokens remains high. The concept is very simple – the destroying of existing tokens in order to limit the number of them in circulation.

Depending on the platform and their token’s respective whitepapers the process can vary. Generally, these burns will happen every quarter and the burns will be made up of re-acquired tokens that the platform has previously distributed. In the case of DeversiFi, it seems their process for burning their own Nectar token will follow suit in this regard and yesterday they detailed specifics of how their Nectar token burns will go.

Dubbed “NecBurns” by the platform, which was formerly known as Ethfinex, the plans for the burning of their tokens come as part of the mission to achieve a new dawn for the native asset, Nectar, known as Nectar 2.0, the white paper of which was released several months ago. With the Nectar Burn being described as “crucial cornerstone of the new Nectar ecosystem” following another such step along the way for this which came in the form of the Nectar DAO.

This is important for the token as the reduction of the tokens will change what they call “Nectar tokenomics” from what was previously an inflationary model to a deflationary model. The platform also notes that the Nectar Burn will add a new utility to their native token by offering an additional way to sell their holding at a specified price. Plus, as is the purpose of burns, also reduce supply which in turn increases the demand from Nectar’s utilities such as fee discounts and voting rights

How it Will Work?.

The way in which their specific token burn technique will work is that the platform will use up to 50% of trading fee revenue to buy back and burn Nectar tokens from their traders.  This will work in the form of an “on-chain auction mechanism.” The specifics of how this will work have been defined by the DeversiFi via the following example;

It is believed by DeversiFi that the initial burns will be small at first but over time gradually grow in size – this will come via the higher and higher percentage of revenues that come via an increased level of trading on DeversiFi over time. This gradual increase is due to the fact DeversiFi is a fairly new product in its own right with various developments happens continuously behind the scenes at the platform. This means that they are cultivating a new following in the form of recruited traders to the platform.

To get involved in the burn immediately there are just three simple steps to follow as outlined by the platform:

If you are keen to get involved you can go to Nectar here. On their page, they also provide a NecBurn UI displays statistics which provide all the details on current, past and future auctions.