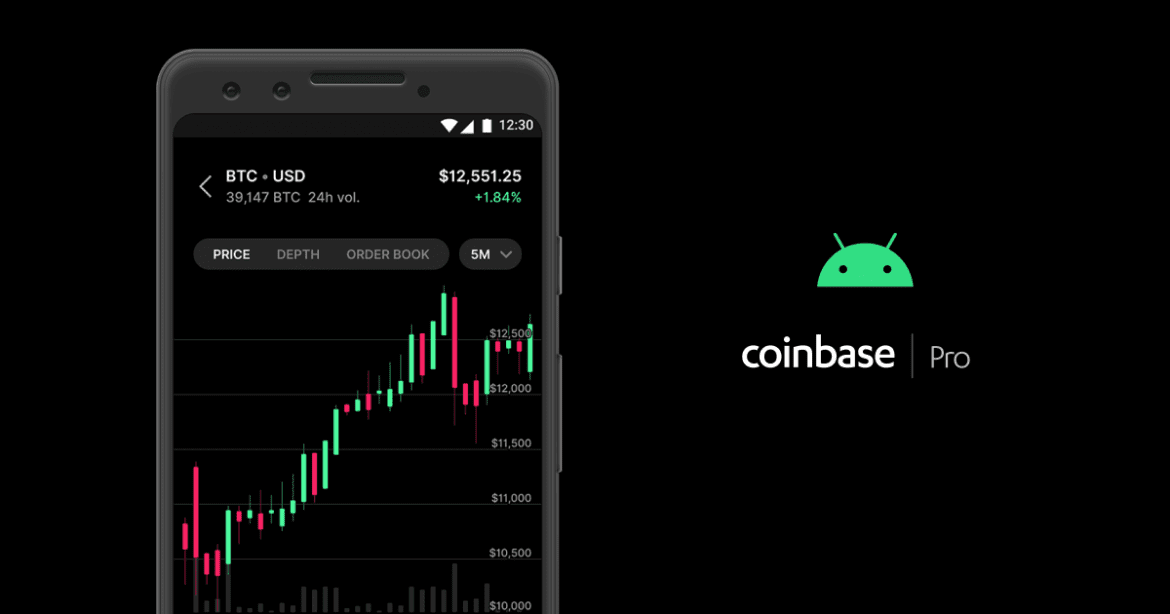 Android users are now able to download the Coinbase Pro mobile app and enjoy easier trading on the go.

The app has been available for IOS users since October, in that time Coinbase claims that hundreds of millions in trade volume has been grossed via the mobile platform. As these IOS users make use of the faster, simpler and more dynamic user interface that the Pro app offers users,

During this 8-week period, Android users were left out in the cold as the counterpart for their devices went through the final stages of development. This wait is now over as the platform launched the app for Android on Tuesday, allowing users to gain from these very same benefits.

This means that this large demographic of traders will benefit from the multitude of features that the Pro app comes equipped with. Among various other features, this includes real-time candles, depth charts, order books and advanced order types, along with intuitive shortcuts and access to 50 trading pairs on the platform.

While there is no reduced fee benefit from using the app as opposed to the desktop version of the world’s largest crypto custodian, there are fewer steps involved in conducting and executing your trades. As such the process is more streamlined.

As well as this, naturally, it is more convenient as it can all be conducted directly on your mobile device while you are on the go. This provides you round the clock ease of service that previously only IOS users were privy too.

The app is now available for download from Google Play, or an alternative app store compatible with your Android device, and is available to users of Coinbase Pro in over 100 countries across the world.

DeversiFi have launched a Trading Competition where 1 million of their native token, NEC are available to be won. The news of the competition was announced yesterday and the timing coincided perfectly with other NEC related news today where the platform announced that their token has now become 100% community-owned. Described as “major milestone” in […]

EXMO has acquired two licenses from Estonia Authorities which they had previously made clear they would attempt to acquire. Back at the start of December, we reported the news that EXMO was planning to further legitimise their operations going into 2020, be more transparent, and explore areas of regulation available to them globally. Specifically, the […]

A list of updates was unveiled by KuCoin on Friday for version V3.7.0 of their app which offers interesting new benefits available for mobile traders. The biggest news in regards to this was the addition to the mobile app of margin trading, which is one of the newest KuCoin products rolled out in the fourth […]

The first Binance Launchpad project of 2020 has been announced, WazirX. Binance Launchpad is the wing of the crypto platform by which they put their support behind innovative projects. Last year there were various projects of all shapes and sizes supported by this initiative and by working together with them they managed to raise their […]

BitPanda yesterday announced the date for the first scheduled burn for their native token, BEST, and have hinted at some new features that will soon be implemented on the token. The news of this first burn has come as somewhat of a surprise because the date for the first token burn was previously earmarked for […]

CoolWallet and exchange platform, OkCoin have teamed up, allowing OKB to be stored on the CoolWallet S and there is a commemorative product available to celebrate the new addition. Support for OkCoin’s native token has now been available on CoolWallet for a little over a week. And so, if you own a CoolWallet S then […]

CEX have become the latest token to list the Cosmos network native token, Cosmo (ATOM). The blockchain describes itself as the “Internet of blockchains” and CEX have said it has been chosen due to a large number of requests from their traders asking for it to be listed. However, CEX are not the only party keen to get the token listed. […]

Kraken have added the latest token for trading to their expanding platform, Algorand (ALGO). News of the proof-of-stake blockchain’s token being listed on the platform broke yesterday. This has been promptly followed today with both deposits and withdrawals of ALGO going live for traders to indulge. Algorand itself is a blockchain that is still in […]