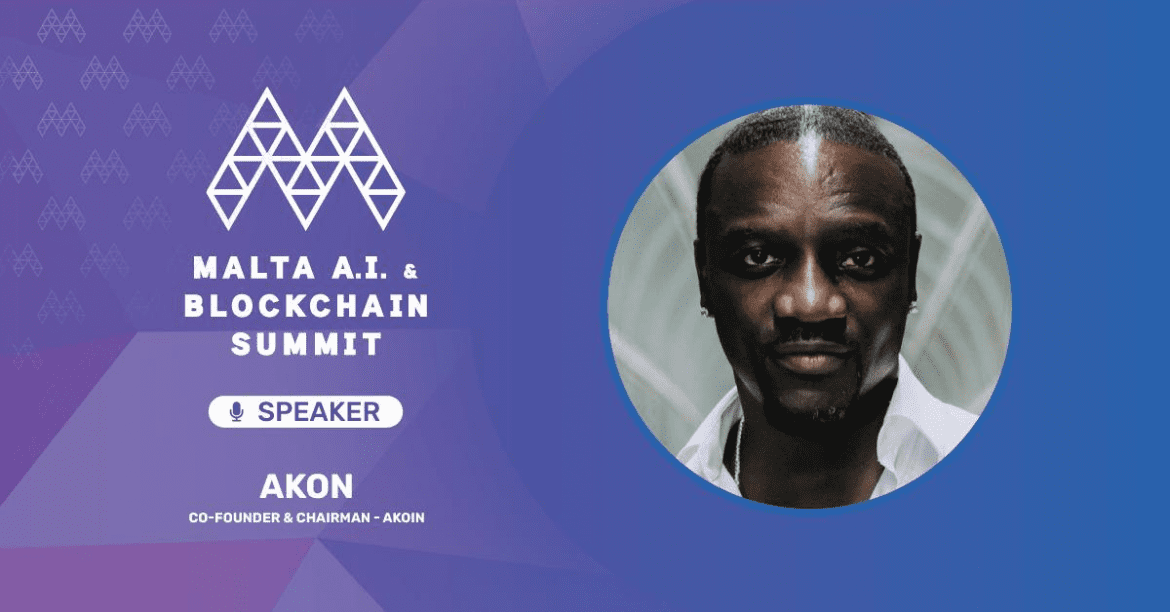 The hip-hop star turned philanthropist, Akon is expected to attend the summit in order to talk about crypto-adoption in his native, Senegal.

The attendance of the start was confirmed by the Malta A.I. and Blockchain Summit via Facebook, in a post that read, they are “excited to announce AKON as a speaker at our upcoming show. Akon is recognised as one of the most powerful voices across Africa and the Diaspora, named to the Forbes Celebrity 100 & 40 Most Powerful Celebrities in Africa lists.”

Specifically, the 46-year-old Senegalese-American will discuss the potential of turning a significant area of Senegal into a crypto city, which he refers to as a “real-life Wakanda”, the fictional home nation of Marvel hero, Black Panther. In the initiative Akon is spearheading, he will attempt to wide-spread implementation of crypto across 2,000 acres of land, gifted to him by President Macky Call, which will become the “Akon Crypto City”. The thinking behind the project is to provide a means by which to put more power in the hands of the citizens and allow them to advance themselves in a way unhindered by traditional financial structures.

Speaking about the project to The Times of Malta, he stated, “The whole idea with the city is to create a renewable city,” Before going on to say, “Crypto is the money spent in the city; all digital. All renewable energy; no gas, no nothing. And clearly, we’ll create platforms of all of today’s newest technologies embedded within the city itself.”  This is the latest in a long line of projects founded by Akon in an attempt to further the continents technical progression.

The appearance of the star will be a large factor in drawing more people to attend the already popular summit on the crypto and blockchain hub of Europe, including those who did not have a previous interest in the industry owing to the artist’s star-factor. The Malta A.I. & Blockchain Summit begins on the 6th November 2019, with Welcome Networking Drinks that will kick off a weekend of conferences, workshops and further networking events.