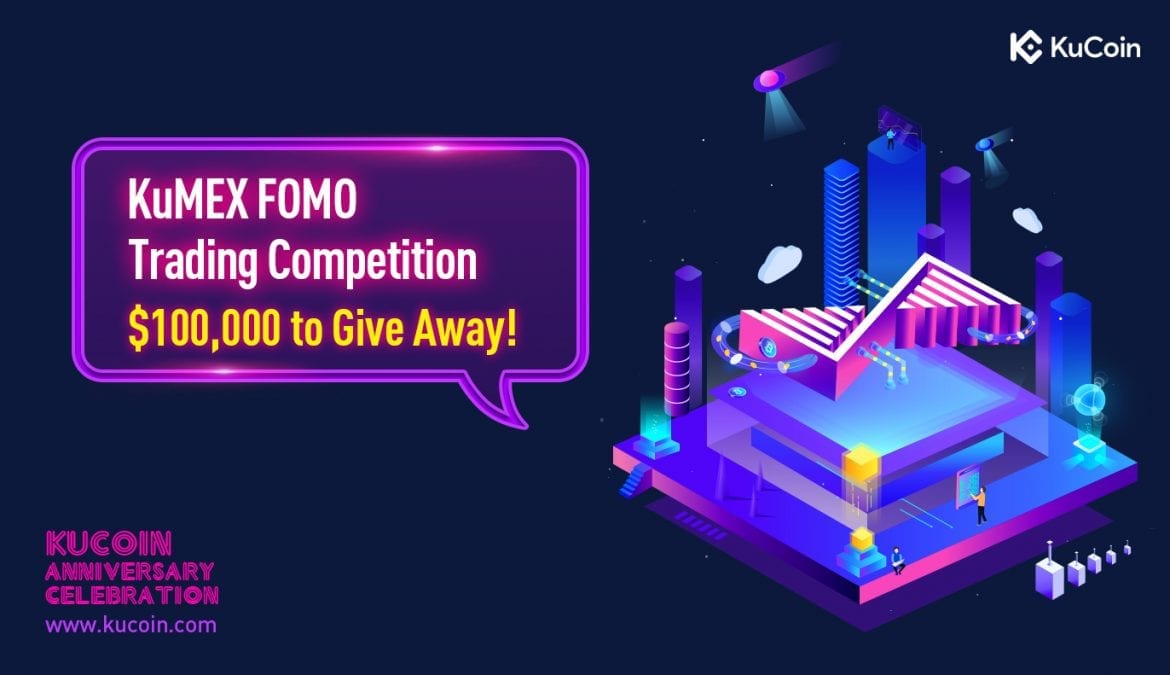 KuCoin is celebrating their 2nd anniversary and to celebrate they have detailed several new promotions, but it seems they aren’t over yet, with one more outlined for KuMEX FOMO.

Earlier this week, we detailed 5 different promotions that will take place over the next 2 weeks, but now there is more which you can get involved with starting from Monday in the form of a KuMEX FOMO trading competition.

Taking place over the course of next week, 5 trading rounds will take place from Monday, September 16, 2019, until September 21, 2019 (UTC+8). Each of these rounds will take place over the course of 24 hours and each will offer a prize pool of $20,000 will be offered to participants. These participants will need to execute 100 traded lots in order to be effective, but all takers of orders will be eligible to get their hands on a share of that prize.

This prize pool consists of a $1000 Initial Bonus and a cumulative Bonus. If the bonus is not triggered the bonus will become the initial bonus for the next round. A further 0.02 will then be added per every 100 lots long/short during the process, which is the cumulative bonus.

There will be a FOMO countdown involved which will be 30 seconds each, effective trading lots will then expand that time limit by 10 seconds. Once it runs out the maker and taker of the last effective order traded will equally share the prize pool.

Head over the KuCoin on Monday to get involved.