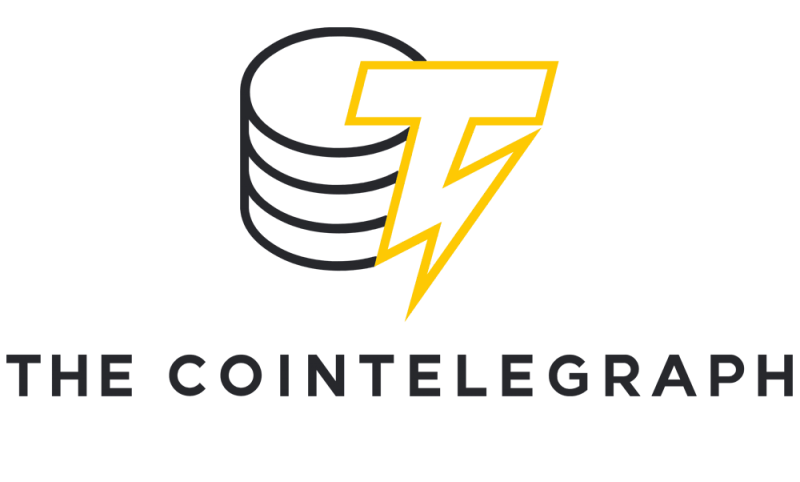 CoinTelegraph is the leading provider of news within the world of cryptocurrency. It differs from the standard cryptocurrency news outlet in that it is more than a team of writers reporting on the news.

Indeed, it has developed a franchise business, and is expanding its news, content, and tools worldwide. CoinTelegraphs’ services are currently available in eight languages including Japanese, German, and Spanish. This guide goes through what CoinTelegraph are doing differently and what is separating their business from the standard cryptocurrency news outlet.

The company was founded in December 2013 – a time when prices in the cryptocurrency markets were undergoing one of their first significant increases and the demand for information was rapidly growing. The company is private and independently funded. The founders behind the company and the source of their funding for starting the company remain unknown. The aim of the company is stated “to inform, educate, and share valuable information” with readers.

CoinTelegraph boasts of a team of creative designers with a head of illustrations who generates thousands of art pieces to complement news articles, team profiles, and anything else associated with their brand. This artwork has become hugely popular among readers of CoinTelegraph and sparked interest in many.

The core of any news outlet’s business model is quality content. CoinTelegraph has a large team of expert writers and editors who release written content on a daily basis. Their posts include reports on cryptocurrency and blockchain developments as well as price analysis and market movements.

Such content is categorised into sub-categories such as “Editor’s Choice”, “Hot Stories”, “Hodler’s Digest”, “Opinion”, and “In-Depth”. CoinTelegraph distributes its content widely through different social media channels. These include Twitter which has over 400,000 followers, Telegram which has over 80,000 subscribers, and Facebook which has over 740,000 followers.

What’s more, CoinTelegraph even releases video content through their YouTube channel which has over 40,000 subscribers. Its team has even partnered with conferences such as MoneyConf for live streaming of said events.

In addition to releasing content, CoinTelegraph provides a number of tools and services to their users. A number of market tools are provided aimed at those interested in monitoring the market and analysing prices. Some of the basic market tools include price indexes and exchange rates.

The price index compiles prices across a number of exchanges to provide a price indicative of the market as a whole. Exchange rates list the prices on individual exchanges.

This can be useful for those interested in identifying price discrepancies between exchanges. Other market tools include an initial coin offering (ICO) calendar and a heatmap. The heatmap links to a coin360.com which shows a snapshot of the cryptocurrency market and its recent performance as seen below.

CoinMarketCap also has Cryptopedia which compiles educational resources to assist users in better understanding the cryptocurrency and blockchain space. This includes a compilation of influential people in the industry as well as guides on the ins and outs of various cryptocurrencies and their underlying technologies. The guides are a useful resource and break down the intricacies of concepts which can confuse many such as off-chain payment networks, forks, and consensus algorithms.

Additionally, there are further tools which provide a useful overview of the industry. DApplist provides a practical summary of decentralized applications (DApps), operating on Ethereum. Said list provided comes from various categories which offer metrics on the DApps including the number of daily users, volume of ether (which would have gone through the application over the past 24 hours), and the amount of transactions which have taken place through the DApp over the past 24 hours.

CoinTelegraph also lists upcoming events and conferences in the industry. Upcoming events are listed in order of recency and can be further filtered by time and region. Users can also click on the event to be redirected to the events’ website to find out further information and purchase tickets.

For those who have their own website, CoinTelegraph even has widget which can be displayed on users’ websites. This customizable widget displays some of the key news developments and users also have the option to add in images and a price index. Users who wish to add the widget can do so by easily copying and pasting code which is generated by CoinTelegraph.

Users can even gain access to a retail store that redirects them to the main site. This retail store mainly sells clothing, but also sells accessories such as mugs, phone cases, and art.

In addition to a retail market, CoinTelegraph also has a Jobs Marketplace, that posts jobs offered directly from companies as well as job ads advertised in recruitment companies. Users can easily filter their results based on what they are looking for and can apply through the website, where they will then be redirected to the application process.

How is CoinTelegraph Lucrative?

When considered as a whole, CoinTelegraph has several means where revenue can be generated. As with any standard news outlet, revenue generated through advertisement and press releases. To submit a press release on CoinTelgraph.com costs 0.7 bitcoin. Advertising is incorporated in the traditional away across the website with banner advertisements being displayed.

The advertising services extend further with CoinTelegraph, thanks to their content creation specifically catered to business and social media strategy development. Advertising also seems to be incorporated in some non-traditional ways.

Other sources of revenue for CoinTelegraph are built around products and services it has built around its media company. With events being listed, the above-mentioned retail marketplace, and a jobs marketplace running, there are numerous ways CoinTelegraph is capitalizing on its significant user base.

Staying Ahead of the Competition

CoinDesk has a rather different approach to CoinTelegraph. A lot of the areas which CoinTelegraph delve into are not targeted by CoinDesk such as the retail and jobs marketplaces. One advantage CoinDesk has over CoinTelegraph is that they have been organising the Consensus conference since 2015.

What started out small, grew to be the leading conference in the industry. The event takes place around May of each year and happensin New York – where the biggest innovators in the industry regularly attend. Tickets for the 2018 event were priced at $2000 and ticket sales were estimated to have generated $17 million. CoinDesk also organises events in Asia.

CoinTelegraph has also started to delve into this area more by powering events such as BlockShow. In terms of tools, CoinDesk has more of a focus on research and data offerings, including data explorers and price indexes.

However, CoinTelegraph has focuses much more on delving into different business areas and forming key partnerships. It has the its own Media Group which has various partnerships with leading websites providing value in the cryptocurrency industry. Many significant and well-established businesses are included in the partnerships including Investopedia, The Next Web (TNW), and CoinMarketCap which is the leading price and data provider in the industry.

The difference between the two outlets is evident in the numbers. CoinDesk reports over 22 million page views per month. CoinTelegraph has over twice this reporting over 57 million page views per month. Considering the effort CoinTelegraph is putting into delving into different business areas and the strategic partnerships they are forming, it is very likely that this gap may widen as time goes on.

Is CoinTelegraph the Right Choice for You?

As with most businesses, users’ choice will come down to its value proposition. CoinTelegraph is at its core a media company. Although it has built many products and services around this, these would not work if the company failed to release quality content regularly. To find out if CoinTelegraph has the right content for you, start by going through some of the editor’s choice articles and Cryptopedia educational guides. Who knows, you might be sporting a Hodl t-shirt sooner than you think…