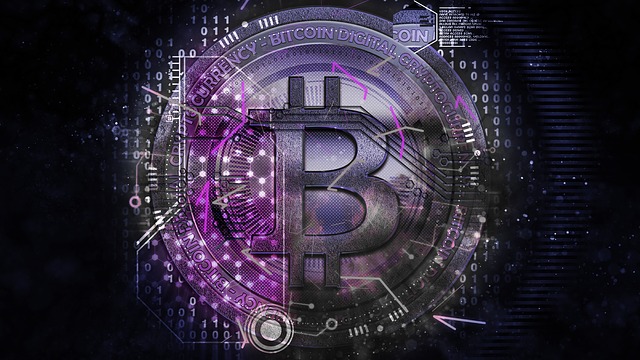 As cryptocurrency becomes mainstream, more and more people are getting involved in the crypto-world. This has also raised curiosity on how to mine cryptocurrencies and not just exchange and purchase them. As exciting as this sounds, crypto-mining is not easy to achieve, as it requires deep technical knowledge. If mining cryptos is something you are often interested in, you might have come across CPU mining and GPU mining. However, these two terms are different. This CPU vs GPU mining article takes a detailed look at the difference between CPU and GPU mining.

Why Are CPU and GPU Used for Mining

The process of mining cryptocurrency has improved due to the advent of CPU (Central Processing Unit) and GPU (Graphics Processing Unit) simply because they are more efficient than their counterparts.

It is essential to know that a GPU, or graphics processing unit, is in charge of the digital rendering into your computer. CPU is the component of a computer that interprets and executes commands from the hardware to the software.

However, due to a CPU Vs GPU mining power potential, they have become more critical due to their speed and competence in performing similar repetitive computations and tasks.

Even though processing units are efficient and widely used among crypto-miners, there are many differences in CPU Vs GPU mining. Let’s take a look at some of them in detail.

We will take a look at some parameters in this CPU Vs GPU mining comparison, which are:

A CPU core can execute four 32-bit instructions per clock using 128-bit SSE instruction or eight AVX (256-Bit). On the other hand, a GPU can run 3200 32-bit per instruction per clock. GPUs are faster than CPUs when it comes to solving complex mathematical problems involved in mining. They solve more blocks in a speedy way than GPUs. It is also crucial to know that CPUs have an extensive instruction set with a few cores.

Another core metric when it comes to CPU Vs GPU mining is energy efficiency. For more than a decade now, the mining process and its efficiency have improved the use of better hardware. GPUs are the first choices when it comes to mining because they conserve more energy than CPUs.

CPUs are not easy to maintain due to the fact that they would not get upgraded as often as GPUs. Hence, you need to protect your computer as often as possible from getting scrambled. GPUs can be maintained easily.

You can mine more easily with GPUs than with CPUs. The more you ask your CPU to do, the harder it will work. However, the harder it works, the hotter your computer becomes, which might lead to crashing. Mining with GPU is seamless.

How to Mine with CPU

Mining DOGE, Komodo, Monero, etc., through CPU, can be time-consuming and inefficient. When mining through this method, you can use your current CPU or purchase AMD Opteron or Intel Xeon CPUs – these are highly recommended CPUs to mine cryptocurrencies.

Once you have your desired CPU, then you need to download Bitcoin mining software. If you have your CPU, it takes only a few minutes to start mining after installing the crypto-software.

How to Mine with GPU

In terms of CPU Vs GPU mining, GPU is a better option. Even though it requires an enormous investment, it has a higher hash rate. If you want to mine Bitcoin, Monero, Tron, or any other cryptocurrency, AMD graphics cards are a great option. However, consider buying an AMD R9 280x or AMD Radeon Rx 580.

After installing the graphics card into your computer, you need to follow the same process as you would if you were CPU mining.

Which is better: CPU or GPU?

GPU is a better option than CPU if we are to compare CPU Vs GPU mining. This is due to its efficiency and speed. GPU offers a much higher processing power, which in some cases are up to 800 times more than that of a CPU. GPUs can mine cryptocurrencies better, and it is considered safe for long term use.

Cryptocurrencies worth mining in 2021

There are cryptocurrencies that are worth mining at home. If crypto-assets are too volatile for you, but you still want to benefit from the crypto-space by creating a small crypto-mining process at home, which is the best option.

Tron is a cryptocurrency that you can mine at home. The Tron token is a type of cryptocurrency built on the Tron protocol. You can mine Tron (TRX) at home through GPU mining, which is efficient. All you need to do is to go to the Tron mining site. The platform allows you to mine Tron with two different algorithms indirectly.

Other cryptocurrencies that you can mine at home include Doge, Monero, Komodo, Vertcoin, Ethereum Classic, and Bytecoin. It is also essential to note that GPU is the best option for GPU Vs CPU mining.

CPU has been around for many years, but it has faced stiff competition from GPU devices. As stated in this article regarding GPU Vs CPU mining, GPU is better and more efficient than CPU, as it is better at performing hash calculations.