Check out other top ranking exchanges: 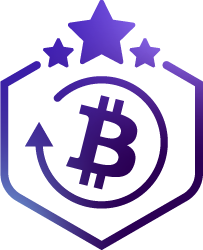 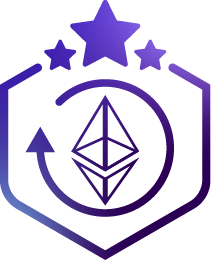 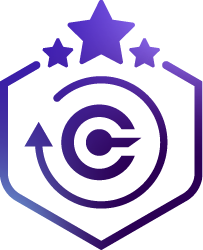 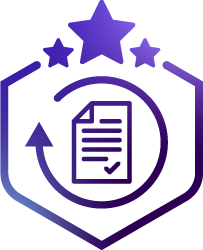 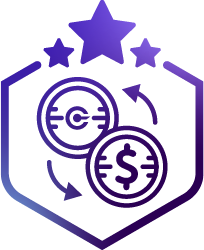 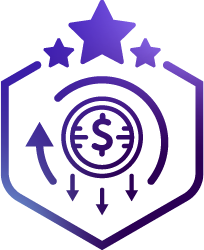 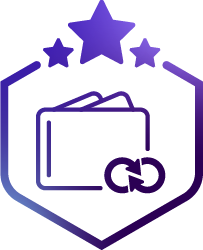 In the past, cryptocurrency start-ups used to raise funds for their projects through ICO (Initial Coin Offering) token sale events. Since ICOs are not regulated or supervised by anyone, a lot of these token sale events were organised by scammers, which resulted in a significant loss of funds for investors.

Consequently, many countries started restricting or even banning ICO token sale events. Since then, cryptocurrency start-ups were on the lookout for an alternative to raise funds for their projects. This is where IEO Exchanges made their debut: they became a great tool for both start-ups and crypto investors alike.

What Are IEOs Exchanges?

An Initial Exchange Offering (IEO) is a token sale or fundraising conducted by a cryptocurrency exchange on its platform. Unlike ICOs, an IEO is fully managed by a crypto exchange on behalf of the start-up in question, which needs to raise funds by selling its new tokens.

Since the IEO is scheduled and conducted by cryptocurrency exchanges, start-ups must pay a listing fee to them to list their tokens on the platform. Apart from such fees, token issuers also need to pay the agreed amount of tokens to the crypto exchange to use the platform’s services. In short, a cryptocurrency exchange acts as an intermediary between the start-ups and investors.

Before listing an IEO on its platform, a cryptocurrency exchange screens the start-up thoroughly to ensure that it is legitimate. Otherwise, the crypto exchange will not schedule the IEO on its platform. This step is essential in order to avert scam ventures from raising funds, thus making IEO exchanges more secure and trustworthy than ICOs for investors.

Additionally, since IEO tokens are listed on the exchange’s platform immediately after the token sale, investors can get instant liquidity for their assets. Moreover, they needn’t go through the inconvenience of dealing with several token issuers to buy different types of tokens. Instead, they can start investing in their desired projects from within the exchange platform itself.

When compared to ICOs, IEO exchanges offer several significant advantages for start-ups. In ICOs, start-ups need to spend a huge amount of money to attract investors and gain their trust for fundraising. However, an IEO helps crypto start-ups to significantly reduce their marketing budget, as marketing and promotion of tokens are handled by the crypto exchange.

Moreover, start-ups needn’t worry about KYC (Know Your Customer) and AML (Anti-Money Laundering) checks, as these are taken care of by the cryptocurrency exchange. Therefore, an IEO provides a standard model of raising funds for someone who can design and develop innovative projects.

Most exchanges allow users to buy IEO tokens with the exchange’s own native token. Only very few exchanges, like Bittrex, accept other currencies to participate in IEO token sales.

Binance is one of the very few exchanges that has gained the trust of millions of investors in a short span of time. Even though it was quite recently launched in 2017, it has grown rapidly and become the world’s largest crypto exchange.

It allows users to quickly trade Bitcoin, Ethereum and hundreds of other altcoins or tokens on its platform. Binance has its very own token named Binance Coin (BNB) and it offers attractive discounts to users for using BNB to trade other cryptocurrencies.

Considered to be one of the best crypto-to-crypto exchanges with high trading volume and liquidity, Binance provides a handful of professional trading tools. These include in-depth pricing charts and advanced trading techniques like margin trading to cater to seasoned investors.

Furthermore, it offers both an integrated wallet and a wallet service from Trust Wallet for its customers to store their cryptocurrencies. As to fees, this exchange follows the maker/taker model, charging a nominal trading fee. The only drawback is that it doesn’t accept fiat currencies

So far, Binance has conducted more than 10 IEO token sale events on its platform. Before listing a project on its Launchpad, Binance checks the project thoroughly, evaluating various factors such as the objective, scope, growth potential and stages/roadmap of project development. Additionally, it also checks the profiles of the project’s team members.

When participating in IEO token sale events, users need to create an account on Binance exchange and verify their identity by uploading relevant documents. Binance has also launched a new Lottery Token Sale System which allows BNB owners to claim lottery tickets depending on their BNB balance over a 20-day period up to the day of the lottery. In this system, users can claim up to a maximum of 5 tickets per account.

Even though Binance is not regulated by a legal entity, it follows extensive security measures to protect its customers’ assets. Some of the notable security features include anti-phishing code, SSL encryption, PCI scanning, and pseudonymisation. Apart from that, it provides two-factor authentication to protect customers’ funds from unauthorised access.

ProBit is a South Korean-based cryptocurrency exchange that aims to provide an easily accessible IEO exchange, with advanced trading tools for users.

Essentially, it is a coin to coin trading platform and doesn’t support any fiat payment options. ProBit has its own native token called PROB. The exchange offers trading fee discounts and other numerous benefits for PROB token holders.

Like most of the crypto exchanges, ProBit also supports a wide variety of altcoins and tokens on its platform. It also follows the maker/taker model and trading fees vary depending on the membership level (Standard / Premium / Market makers). In case users decide to pay fees using PROB, then they will get a discount (of up to 50%) on the trading fee.

Even though ProBit is a relatively new exchange, it is an early adopter of IEO and has completed over 20 token sale events on its platform. It lists only promising projects after conducting an extensive review of the project.

Additionally, it conducts IEO with more than 5 currencies (BTC, ETH, XRP, PROB, USDT), multiple sales round, different bonus rates, and various lock-up structures. It also stores customers’ funds received from IEO with the same high-level protection that it uses for the exchange’s deposits. To participate in IEO crowdsale, users would need to have completed their KYC verification process.

ProBit supports the use of hardware security keys to provide enhanced security for the customers’ assets. Apart from this, it provides two-factor authentication (2FA) to protect customers’ accounts from hackers.

OKEx is one of the largest cryptocurrency exchanges in the world with a trading volume of $1.5 billion BTC per day. It was originally launched in 2014, in China. However, more recently the exchange has moved its headquarters to Malta. OKCoin is the parent company of OKEx which was founded by the investor Star Xu.

Offering both spot and derivative trading on more than 100 cryptocurrencies, OKEx supports both fiat-to-crypto and crypto-to-crypto trading options. It provides a multicurrency wallet for users to store their digital assets.

It also offers a wide range of innovative trading features such as technical analysis and algorithmic trading tools to meet the needs of both novice and experienced traders. Since OKEx offers a volume-based maker-taker fee schedule, trading fees vary based on users’ 30-day trading volume.

When other exchanges were embracing the new concept of IEO, OKEx quickly joined them and launched its own token sale platform called OK Jumpstart. OKEx follows an interesting model called COMPASS to list new projects on its platform. This model is very similar to the one used in the VC (Venture Capital) market and it evaluates seven aspects which are:

Overall, it considers over a hundred factors before giving approval to the project and listing on its token sale platform.

OKEx follows a process called subscription-allotment which allots tokens for its users. Only holders of the OKB token (OKEx exchange’s token) are eligible to participate in the token sale. Token allotment depends on the user’s average OKB holding amount.

The users’ account will be snapshotted daily at a random time and they must hold at least 500 OKB over a period of 15-days. In other words, the more OKB you hold, the more allotment you will get.

Regarding security, OKEx provides 2FA protection to prevent unauthorized access. Moreover, users can configure the security setting so that withdrawals will be processed only after providing an authentication code. OKEx has launched a Bug Bounty scheme so that users can report any security vulnerability on the platform and get rewarded for the same.

Bittrex is one of the most secure cryptocurrency exchanges with a 24-hour trading volume of approximately $300 million. Launched in 2014, with its headquarters in Seattle, USA it allows users to trade hundreds of altcoins and cryptocurrency trading pairs. Bittrex is well-known for its fast order processing with its custom-built trading engine, which is specifically designed to be scalable using elastic computing.

What’s more, this exchange also offers a wide range of cryptocurrencies on its platform which includes the top cryptos such as Bitcoin, Ethereum, Litecoin, Ripple, Bitcoin Cash, Ethereum Classic, Tether, Cardano, TRON and NEO. When it comes to fees, it charges a flat rate of 0.25% commission for every trade.

Like its competitors, Bittrex was also quick to introduce IEO on its platform. However, it cancelled its first IEO token sale event of RAID cryptocurrency project just hours before the crowdsale was about to begin.

It is believed that one of the core partners decided to end their partnership with RAID. As a result, Bittrex cancelled its token sale event, since the project no longer seemed promising for its customers.

As for security, Bittrex has a good reputation in the crypto world, due to its exceptional security features. It keeps 90% of the customers’ funds on offline storage to provide maximum protection. Moreover, users must provide an authentication code to place withdrawal request or to use APIs.

This HongKong-based cryptocurrency exchange aims to provide a simple and secure method to exchange cryptocurrencies. Even though KuCoin is a relatively new player in the crypto world, it has already gained the attention of crypto investors with its exceptional services. It supports more than a hundred cryptocurrencies including top cryptos like Bitcoin, Ethereum, Litecoin, Ripple, and Bitcoin Cash.

KuCoin has its own native cryptocurrency called KuCoin Shares (KCS). KCS holders are eligible to get discounts and dividends while trading on the platform. This means KCS holders will receive a 1% discount on trading fees for every 1000 KCS with up to a maximum of 30%.

Moreover, KuCoin pays 50% of the total fee revenue to all KCS holders every day. When compared to other exchanges, KuCoin only charges a nominal fee of 0.1% per trade. The only downside of KuCoin is that it doesn’t support fiat currencies.

Having launched its own IEO platform called Spotlight at the beginning of 2019, so far, KuCoin has completed 4 IEO token sale events on its platform. Unlike other exchanges which make use of a lottery system for allotting tokens, KuCoin allows users to buy IEO tokens on a first-come, first-served basis.

Usually, token sale will be based on KCS and the actual price will be announced on the day of crowdsale. In order to participate in an IEO token sale, users must complete a KYC verification process and hold the required number of KCS to make a purchase.

Since KuCoin is relatively a new exchange, it is too early to give an exhaustive evaluation on its security features. Nevertheless, the exchange has been taking extensive security measures not only on system-levels but also on the operational levels, to provide maximum protection for its customers’ assets.